Hungary has asked the EU to foot half the bill for fences erected to keep migrants out of the bloc. The conservative government's request comes just days before a court ruling on Hungary's rejection of EU migrant quotas. 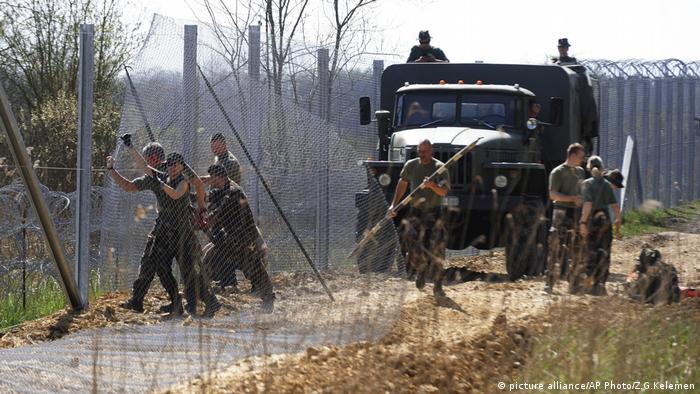 Prime Minister Viktor Orban wants the European Union to refund half the cost of Hungary's border defense measures, his government said on Thursday.

Orban's Chief of Staff Janos Lazar told reporters Hungary's southern border fences with Serbia and Croatia were "protecting all the citizens of Europe from the flood of illegal migrants."

He added that it was time that the 28-member bloc helped Hungary as it did Italy, Greece and Bulgaria.

"If we talk about European solidarity, then we must also discuss the protection of borders. Solidarity must be applicable there, too," Lazar said. "That burden must also be shared."

The Hungarian government estimated that Brussels should pay back 400 million euros ($476 million).

In 2015, Hungary built a razor-wire fence patrolled by soldiers and dogs at its southern border with Serbia in response to a wave of refugees and migrants crossing its border.

The eastern European country then reinforced the barrier with an additional fence line, built another fence on its border with Croatia and hired around 3,000 special "border hunter" police. 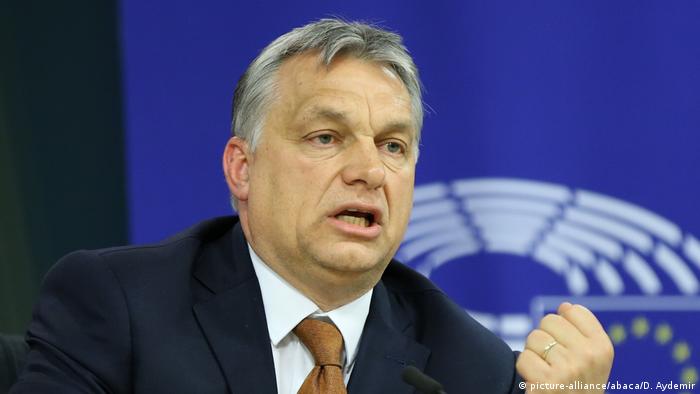 Prime Minister Orban has fiercely campaigned against migration for years

The battle over quotas

Hungary's request comes just days before the European Court of Justice (ECJ) is due to decide on a case brought by Hungary and Slovakia against the relocation of refugees across the bloc.

It's possible that the ECJ will dismiss the case after the court's Advocate General Yves Bot rejected Hungary and Slovakia's arguments that the quotas were unlawful.

The two eastern European countries - supported by neighboring Poland - wanted the court to annul a 2015 EU plan to have each member state host a certain number of refugees to ease pressure on Italy and Greece, where the majority of asylum-seekers first arrive in the EU.

Orban is a staunch opponent of immigration from the Middle East and has been campaigning against migration for years. His rhetoric is well received by his right-wing party's voters.

Hundreds of thousands of people fleeing war and poverty in conflict zones in the Middle East and Africa passed through Hungary in en route to western Europe in 2015.

The construction of Hungary's border fences was fiercely denounced by Brussels at the time although other EU member states later followed suit.

Currently, fewer than 700 migrants are living in Hungary. Around 430 of them are kept in two closely-guarded and controversial detention camps on the Serbian border.