Hungarian officials have argued that the new fence will secure both Hungary and the EU from additional migrants. International groups have criticized Hungary for its recent anti-migration measures. 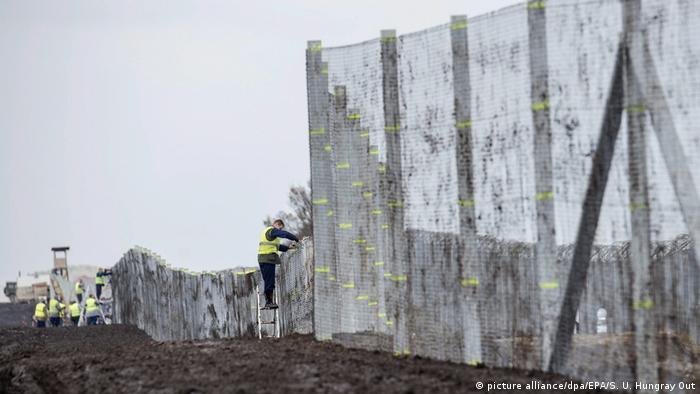 Hungarian Interior Ministry State Secretary Karoly Kontrat hailed the newly completed fence as a way to defend not only Hungary but also the European Union (EU) from migrants attempting to enter the bloc, mostly from poor and conflict-ridden nations in the Middle East and Africa.

"Hungary is defending its border, and the Schengen zone at the same time," Kontrat said on Friday, referring to the area of free movement within Europe. The new "smart" fence lies along a section of the EU's external border and includes motion and heat sensors, night cameras and speakers blasting warnings in five languages. 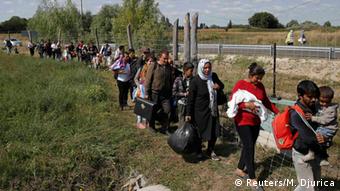 Refugees walk along a roadside fence near Roszke in 2015

Kontrat gave his remarks at a press conference in Roszke, a town that lies three kilometers (1.8 miles) away from the Serbian border and that had been a hotspot for conflict between police and refugees  during the height of the European migration crisis in 2015.

Before the first fence was built that year, more than 400,000 migrants and refugees traveled through Hungary on their way to other regions of Europe. 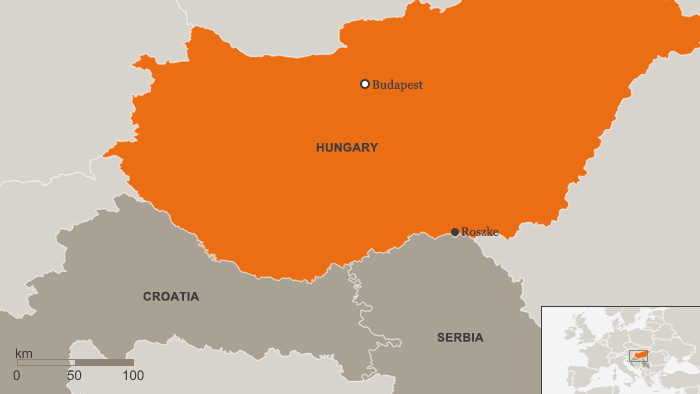 Roszke was a key entry point in 2015 for migrants traveling to Europe. The country has sealed off a large part of its border with Serbia and Croatia.

A symbolic border between Hungary and the EU?

While framing the new physical barrier as a benefit to the whole EU bloc, Kontrat simultaneously highlighted the EU's shortcomings in dealing with the migration crisis. He argued the bloc had failed to set up centers for asylum-seekers in Libya or to force boats carrying migrants across the Mediterranean Sea to turn back.

He also said the new 155-kilometer (96-mile) long fence was constructed in preparation for an expected increase in migrants attempting to reach western Europe later this year and for the possible breakdown of the EU-Turkey migration deal. 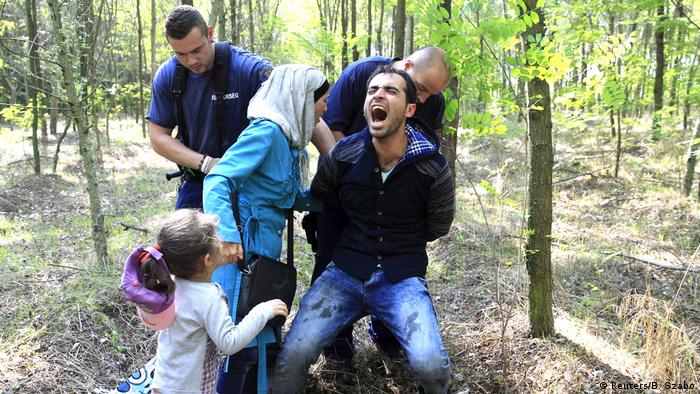 Orban is staunchly against migration, which he has referred to as "poison." His government's policy towards asylum seekers has garnered international criticism, including a national law passed this February that enables the automatic detention of all asylum-seekers while providing housing in camps of shipping containers.

The announcement of the second fence's competition came at a time of heightened tension between the bloc and the Hungarian nation due to disagreements over national law. On Wednesday in Brussels, Orban described his country's membership in the EU as "not questionable" but accused the bloc of failing to deal with its "mistakes."