Days before the first anniversary of the deal, Turkey's top diplomat has vowed to "cancel" it if the EU fails to deliver on its part of the agreement. Relations with Germany and The Netherlands have taken a dive. 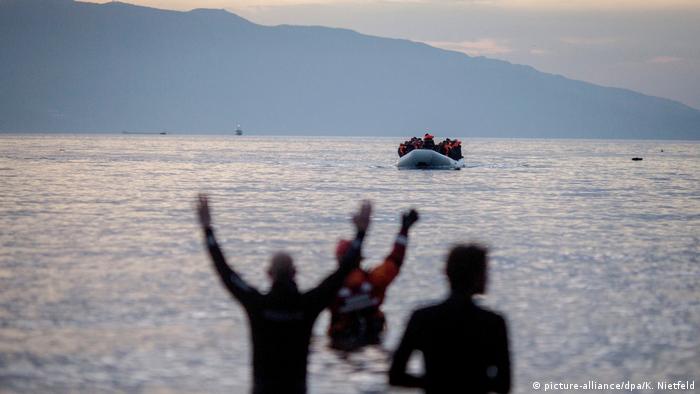 Turkey's EU accession process may be temporarily suspended if Erdogan is granted sweeping powers next month. The deterioration in the rule of law in Turkey is moving the country away from Europe.

More than 7,000 refugees and migrants have been stranded in Serbia since neighboring countries closed their borders. Many are spending what money they have left on people smugglers. (27.01.2017)

Turkey's Foreign Minister Mevlut Cavusoglu late Wednesday threatened to suspend a refugee deal with the EU amid a widening diplomatic spat with Germany and The Netherlands.

Cavusoglu's remarks come days before the one-year anniversary of a deal between Brussels and Ankara that would allow for irregular migrants in Greece to be returned to Turkey in exchange for Syrian refugees hosted in the Anatolian nation.

Under the deal, Brussels said it would speed up EU accession talks and visa liberalization for Turkish nationals.

However, relations between the EU and Turkey have soured after Germany and The Netherlands prevented Turkish politicians, including Cavusoglu, from campaigning for a referendum slated for April that could expand Erdogan's powers as president.

Turkish President Recep Tayyep Erdogan responded to The Netherlands' decision to ban a rally in Rotterdam by claiming that a "spirit of fascism" was sweeping across Europe.

Ankara also suspended high-level relations with Amsterdam and blocked the Dutch ambassador to Turkey from returning to his post after leaving the country.

More than one million migrants entered the EU in 2015, many of them fleeing conflict and extreme poverty in the Middle East, Africa and Asia.

Before closing the so-called Balkan route in early 2016, a significant portion of migrants arriving to the bloc departed from Turkey's Aegean coast.

Despite criticism from human rights organizations, political leaders across Europe have hailed the refugee deal with Turkey as a successful maneuver, saying it helped de-escalate a widening political crisis between member states on how to tackle the wave of migration.