Dream of Europe turns deadly at Bulgaria′s border | Europe | News and current affairs from around the continent | DW | 29.08.2017

The journey to Europe by a family of Iraqi refugees ended in tragedy after Bulgarian officials blocked their path. Trifa's story illustrates the human cost of closing borders. Dimitar Ganev reports. 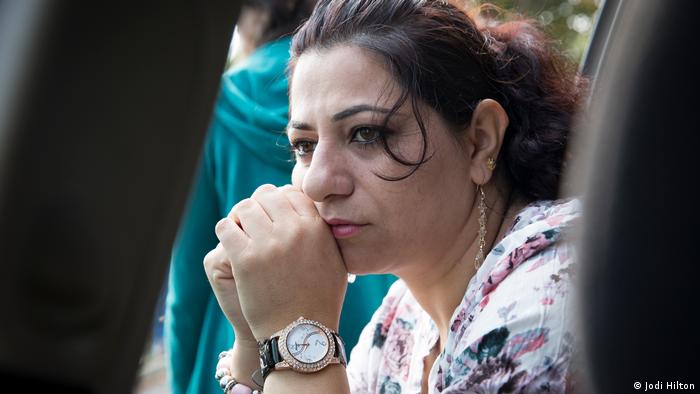 When 30-year-old Trifa Kader Sedeeq embarked on her arduous trip from Iraq to the EU in search of asylum, she had no idea that the quest would cost the lives of three people she loves: Her husband, brother and sister-in-law froze to death in the snow near the Bulgarian-Turkish border.

Trifa Kader's family comes from Irbil,  the capital of Iraqi Kurdistan, which in recent years has been shaken by suicide bombings. Still, compared to other parts of Iraq, the city is considered a relatively safe zone.

However, Trifa's husband, Najad, and her brother Rebwar, who worked as journalists for the Iraqi newspaper Hawlati, found themselves the targets of government repression, she says. Hawlati apparently closed around two years ago. 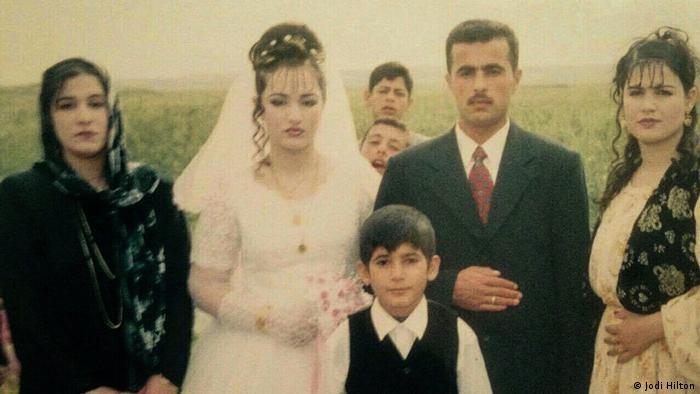 Trifa and Najad were married in Irbil

Initially, the journey to Europe wasn't supposed to be risky. Trifa's mother negotiated a deal with smugglers in Irbil. They were to take 11 members of the men's two young families from Turkey to Germany for a total price of $90,000 (76,500 euros). A portion of this money was due to be paid only when the final destination was reached - a common feature of such agreements, experts say.

By February 6, 2016, Trifa's family, including her husband, brother, sister-in-law and their combined seven children were traveling in a group of 21 people. Their plan was to reach the EU by crossing from Turkey into Bulgaria. But Bulgarian border police officers stopped them. They confiscated some of the group's belongings, loaded them into a vehicle and had them driven to the Bulgarian border town of Malko Turnovo, Trifa says. There they were ordered to walk back to Turkey and abandoned. Due to the freezing temperatures, Najad and Rebwar split from the group to try to seek help. That was the last time Trifa saw them. 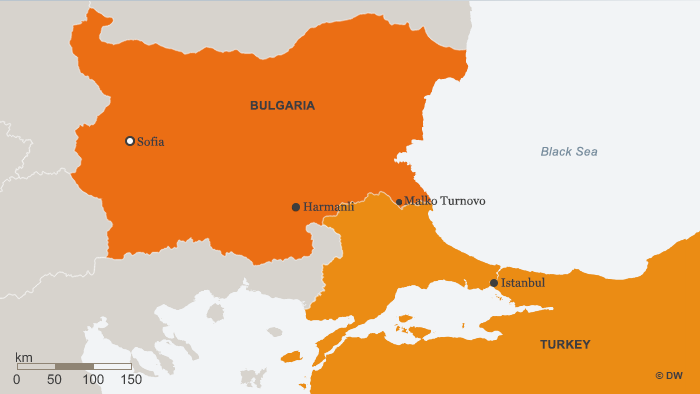 The men's bodies were later found on Turkish territory, while Trifa's sister-in-law Salwa Ibrahim Abdullah, 30, and Niga Kamaran Ahmed, a 14-year-old girl also traveling with the group, froze to death on the Bulgarian side of the border. Both died of hypothermia, the prosecutor's office told DW.

"What happened was because of the Bulgarian border police," says Trifa. "They took our money; they beat us. They killed us." The officers even took the children's clothes from their bags, she says.

A year and a half later, it is still unclear what action the Bulgarian authorities have taken. An official investigation is underway in Bulgaria. 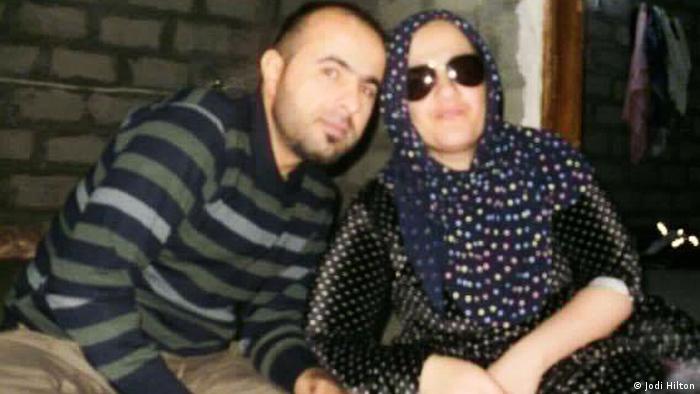 Trifa's brother Rebwar and his wife, Selwa, were among the four to die

When asked if she would ever be able to forgive the people who sent them away in the snow, Trifa responds angrily: "No, never, until I die. I will never forget this."

Regardless of the deaths and the trip having been far from what had been promised, the smugglers still contacted the family to demand a portion of the agreed sum. "I said, 'I will pay you nothing. You killed three people,'" recalls Aram Faraj, Trifa's other brother, who took care of his relatives in Bulgaria after the incident.

Read more: Refugees in Serbia - stranded in a warehouse

The family only agreed to pay $700. That money went to collecting 6-year-old Alwand, Trifa's nephew, who was driven 250 kilometers (470 miles) by car from Sofia to the Harmanli Refugee Center to be reunited with the family. The boy had been traveling with the smugglers until then. For a long time, his relatives hid from him the fact that his parents, Rebwar and Salwa, were both dead.

Today, Trifa, the surviving members of her family and those of her deceased brother live in Swansea, Wales, thanks to Aram, who is now a British citizen.

Aram's children received permission to stay without difficulty, while Trifa and her children lived in fear of deportation. Their case had mobilized strong support from people in Swansea. Even the Swansea City AFC football club lent the widow their support, taking care of the legal fees. In early June a court put an end to the drama and granted them refugee status.

In Bulgaria, the prosecutor's office has opened a criminal investigation against an unknown perpetrator for the deaths of the woman and the girl found on Bulgarian soil, officials in Sofia told DW. The Ministry of Internal Affairs has declined to comment or provide information about the case.

Read more: Vigilante groups out to 'hunt' for migrants in Bulgaria 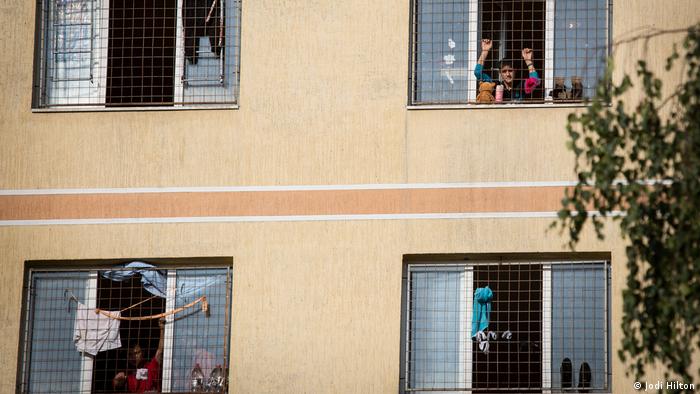 Nor has it answered queries about the second group of border police, those who found and rescued the surviving migrants. One officer in this group showed a different side of the Bulgarian police force. Trifa says he saved them from freezing to death.

"He phoned someone, and then two other police cars came," she recalls. "I was kissing his hands and feet and told him: 'Don't leave us alone, please.'"

Trifa remembers the officer's face clearly and is almost certain his first name was Ivan. He visited her numerous times in the hospital over the next few days, bringing her food and other things.

The migration route via Bulgaria is essentially closed now. The country has returned tens of thousands of migrants to Turkey over the past couple of years in what it says is an attempt to protect the EU's border. International NGOs, such as Amnesty International and Human Rights Watch, have documented instances of police ignoring formal procedures in doing so. Many asylum-seekers tell stories of being beaten, having their money and phones confiscated, and sometimes even of having clothing or shoes taken away. A similar story came to light recently when three Afghanis and five Syrians testified in the Turkish town of Kirklareli that they had been beaten and robbed by Bulgarian authorities. 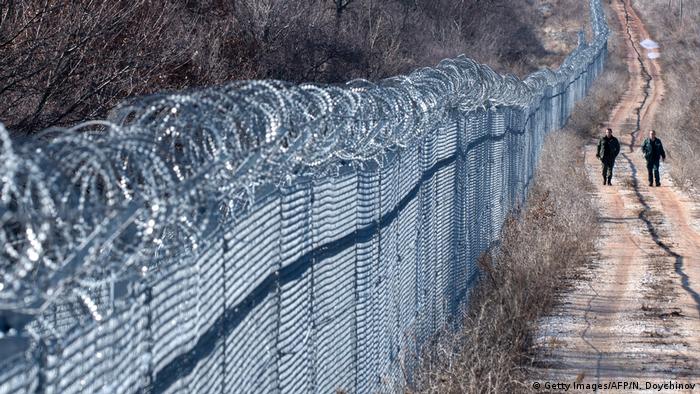 Bulgaria has now sealed off much of its border to Turkey

Safe in Swansea, Aram says the shock of the tragedy has changed his sister. Trifa has been diagnosed with Post Traumatic Stress Disorder (PTSD) since settling in the UK.

"I still can't forget this, and I can't sleep very well," she says. "At night I still dream about my husband, my brother and my sister-in-law. They are asking for a blanket. They are cold."

Dead end for migrants in the Balkans