Bulgaria plans to station 600 troops on its border with Turkey to quell any potential flow of migrants. Bulgaria's defense minister said the EU's failure to stop migrants crossing the Mediterranean justified the move. 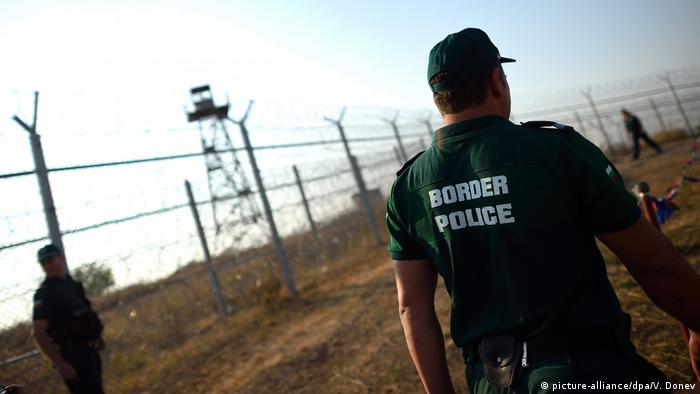 Speaking to German daily Die Welt, Karakatschanow said he plans to divide his country's border region with Turkey into five zones and have armed troops patrol each one. He said he expects the maximum manpower at the border to be around 600 troops, backed up by video surveillance and even drones.

"We will send armed forces to each of these zones, who will be tasked with guarding the appropriate border region," Karakatschanow said. "Highly specialized combat troops will also be part of the forces."

The defense minister justified the move to the German newspaper, saying that he had identified how much more efficient the military was at guarding a border region than the police force.

Karakatschanow also said the move was necessary following the European Union's failure to stem the flow migrants crossing the Mediterranean into Italy. "We cannot afford to continue having illegal migrants coming to Europe in droves," he said. "We should deploy NATO and EU troops in places like Italy and Greece, while defending the external borders of the EU, with armed force if necessary."

The Bulgarian lawmaker also said he believed the majority of people crossing the Mediterranean from Libya into Europe were economic migrants coming for personal gain, rather than to escape persecution. "They don't fear for their lives, they only want to live in a rich western country," he said.

Located along the Balkan route, Bulgaria saw hundreds of thousands of migrants pass through into western Europe during the height of the migrant crisis. Since then, Bulgaria's border with Turkey has been sealed with barbed-wire fencing, reducing though not quite fully stopping new migrant arrivals crossing into Europe.

Günter Burkhardt, the chairman of the Germany-based migrant rights organization Pro Asyl denounced the Bulgarian proposal as a violation both human rights and international law.

However, he said that this was part of a wider trend of violations on behalf of EU countries. "Italy's decision to send military vessels to Libya is just as indefensible as Italy, Germany, and other EU states' cooperation with the Libyan government.," Burkhardt said. "The normalization of these rights abuses is slowly becoming accepted within the European conscience.