'Islamic State' and economy force Kurds out of Iraq

People are leaving Iraq's autonomous Kurdistan en masse. The reasons range from the rise of the "Islamic State" to issues as comparatively mundane as the economy. Birgit Svensson reports from Irbil. 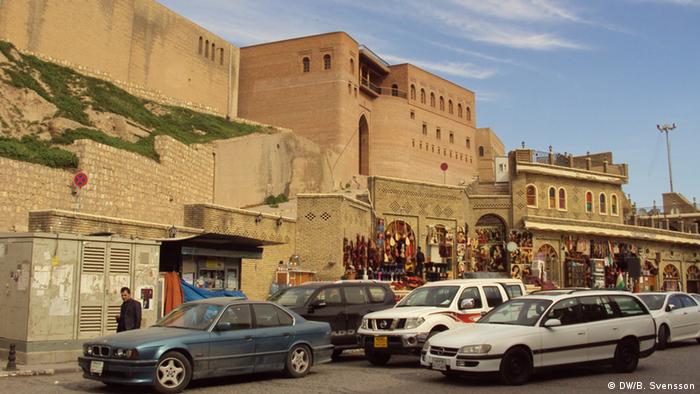 Desperation has slowly taken hold in Kurdish Iraq. Gone are the prosperous times when new buildings were built practically overnight. The autonomous region's economy is just getting worse.

After the end of the second Iraq War, thousands of Kurds in exile in Europe returned home. Up to 2011, there was a veritable boom in returnees from Germany, where an estimated half a million Kurds from Iraq made up the largest Kurdish diaspora community. Cash incentives and a free flight to Irbil for Kurds who voluntarily returned made the trip even more enticing. Many have come to deeply regret this move and are now trying to return to Europe. According to estimates, 350,000 Kurds have left Iraq for Europe just in the past six months, and there are no signs of the exodus letting up. Even Irbil Mayor Nihad Latif Qoja is going back to Bonn, Germany, after 10 years in office.

Last week, the Kurdish television channel ANN reported the deaths of 30 refugees who had drowned in the Aegean Sea during a boat crossing. All of them had left Sulaimaniya, the second largest city in Iraq's Kurdish region. 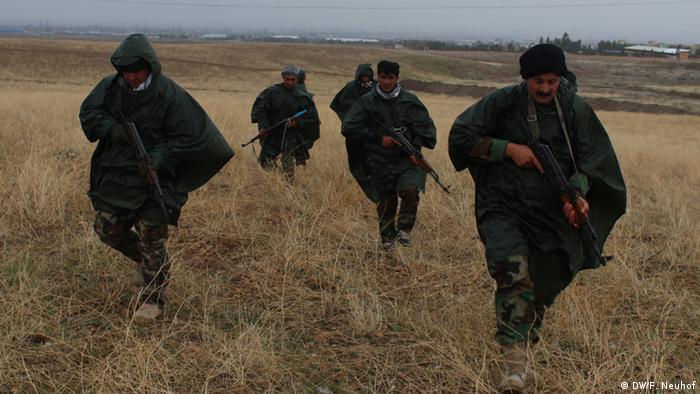 Peshmerga continue to do battle with 'IS'

Sulaimaniya, located near the border with Iran and about 200 kilometers (120 miles) from territory controlled by the "Islamic State," is one of the safest cities in Iraq and the cultural and educational center of Kurdistan. The city's 1.6 million inhabitants were spared from IS's attacks on Kurdish territory in August 2014; they only found out about them from friends and relatives in Irbil or through media reports. Only two camps for displaced people on the outskirts of Sulaimaniya reflect reality in the rest of Iraq. Yet resistance to the prevailing conditions in Kurdistan began in Sulaimaniya, and from there it is spreading to the rest of the territory.

Young Kurds especially have lamented the lack of prospects in the region. Five people were killed when the government violently put down their 2011 Arab Spring-inspired uprising against mismanagement and corruption in the Kurdish regional authority and demands for increased democracy and a parliamentary system. Kurdish president Masoud Barzani said the Sulaimaniya-based opposition party Gorran was responsible for the events. But the government, which had been elected in 2009, refused to cede power.

Barzani's term has officially been over since last summer. The constitution stipulates the election of a new president by the representatives of the people, but there is no talk of a vote these days. Iraqi Kurds, who once saw themselves as pioneers of democracy, are now regressing to archaic authoritarian structures, and widespread economic malaise does not make matters easier. Over 70 percent of Kurds in the provinces of Irbil, Dohuk and Sulaimaniya are government employees, and state salaries haven't been paid in five months. The consequences can be seen in empty shops, restaurants and hotels.

The lavish shopping centers also lack customers. Power outages are commonplace, infrastructure projects have been put on hold, and foreign oil companies have left the region because they no longer receive their pay. Transfer payments from the central government in Baghdad to the Kurdish regional government have been halted over a dispute. But the Kurdish region needs the money from Iraq as it cannot finance itself, especially because the budget has been strained by the battle against IS and care for refugees from affected areas.

Returnees to Kurdistan have had a hard time reintegrating. Many of them feel unwanted by longer-term locals, who view them as competition for the region's dwindling resources. "You had a good life in Europe," their compatriots say by way of welcome. "We fought against Saddam, and now that you've returned you want to take part in decision-making."

Even schoolchildren are confronted with such misgivings. Two cliques have formed over the years: the long-term locals and the more recent returnees. Many of the schoolchildren who were raised in Europe have discovered that what they had considered normal is taboo in Kurdistan. The girls no longer swim, ride bicycles or wear makeup; they've learned not be seen together with boys. Two entirely different worldviews are colliding in the Kurdish region.