Months of horror: How the 'IS' destroyed my life

Shirin, an 18-year-old Yazidi woman, writes about the terrors she endured in captivity of the Islamist terror organization "IS" and the consequences it still has for her as a refugee in Germany. 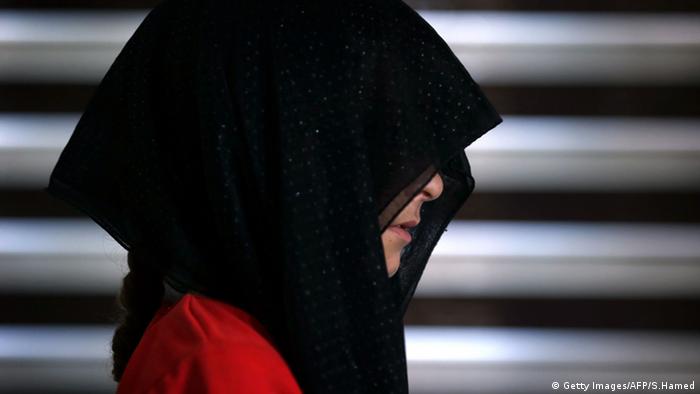 "I am 18 years old and I'm alive. I am grateful to God for that," 18-year-old Shirin writes in her book, entitled, "I remain a daughter of the light" (German: Ich bleibe eine Tocher des Lichts).

Shirin's biggest concern, after all that happened to her, was to be considered "dishonored" by her people. Girls that lose their virginity, even after a rape, are expelled from the community - mainly from the conservative wing of the Yazidi, a religion older than Christianity. 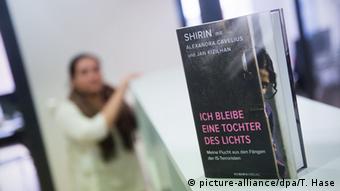 Shirin's book has recently been published in Germany

Living a peaceful life in Iraq

Until she was 17, Shirin led a normal life in the small village of Hardan in northern Iraq on the border with Syria. Her book is a chronicle of how the terrorist group, "Islamic State," destroyed her life.

"Muslim Kurds, Arabs and Yazidis were like a big family for me before all of this," she said. "It was only after the terrorists seized power that our neighbors suddenly no longer wanted to even eat with us."

Shirin's best friends were young Arab woman. She had big plans: She wanted to finish school and become a lawyer. Her family supported her in her plan to study.

But on August 3, 2014, "IS" fighters conquered her village and her life was turned upside down. She was abducted early in the morning at 7:00 am. Even her mother, her two sisters and her brother could not escape, as terrorists had encircled the village.

"Workers, teachers and doctors - all of our Arab neighbors seemed to have joined the 'IS,'" Shirin describes the biggest shock that came with the abduction and the realization that people she was familiar with had become perpetrators.

Yazidis are stigmatized as infidels in Islam: "Since we have no sacred books such as the Talmud, the Bible or the Koran, we are considered infidels among radical Muslims."

It was German journalist Alexandra Cavelius who wrote down Shirin's story. In an interview with DW, Cavelius says Shirin's love of life has disappeared. 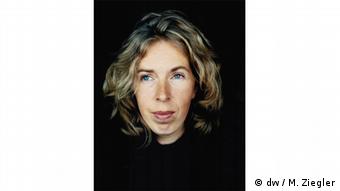 The young woman had wanted to share her story with the world, to raise awareness for the fate of her people, even though the process of discussing her experiences in great detail was extremely painful.

She cried a lot while talking about her odyssey through the Iraq, said Cavelius. First, she and the other abducted Yazidis, including many women and small children, were kept in an overcrowded school and later they were moved to an abandoned prison.

The women and girls were abused and raped. Shirin, however, was spared - until she was selected by an IS fighter as his future wife.

After that, the family was torn apart and Shirin was handed over to the IS. She was forced to marry nine times and raped for months.

'The IS is waging a war against women'

Now a refugee in Germany, Shirin is getting psychological support in the southern state of Baden-Württemberg. She does not disclose her real name out of fear of being kidnapped.

Trauma expert Jan Kizilhan is supporting her and 1,000 other Yazidi women who have suffered the same fate as Shirin. "This is a war against women. Women are used to recruit new followers of the IS. They are systematically victimized," Kizilhan said of the tactics of the IS.

"The IS specifically uses sexual violence to tear apart societies, with IS militia destroying their most valuable components. Whoever rapes a woman also rapes a community and a family," he added.

No end in sight to IS violence

Shirin suffers from claustrophobia. She cannot take a bus or stay in a crowded room. Cavelius says Shirin isn't able to think about her future; she worries constantly about the fate of her family. Her mother was taken to Syria, one younger sister has gone missing, and one brother is dead. 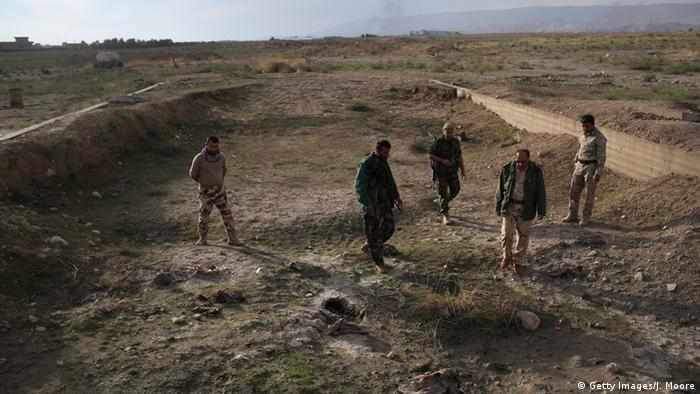 In Sinjar, close to Hardan, another mass grave has been found

Five-hundred inhabitants of Hardan, her hometown, have already been found in mass graves. Currently, it is believed that at least 4,000 women and children are being held hostage by the IS. Shirin's fate is one of many, says Cavelius.

Hardan in Iraq has been completely destroyed, and it is impossible for her to return. Psychologist Kizilhan also believes that the IS terrorism will not end. "It is impossible to stop these terrorist groups by peaceful means, because there is no real death for them," he explains.

At least Shirin's fear of being rejected by the Yazidis has been taken from her, says Cavelius. Baba Sheikh, the spiritual leader of the Yazidis, has assured all women that they still belong to the religious community of the Yazidi because they were not responsible for what happened to them.

Jihadis of the "Islamic State" have released a document detailing what "owners" are permitted to do with enslaved women. The fatwa is a part of documents seized by the US army in May, according to Reuters news agency. (29.12.2015)

Officials in Iraq's north say they've found a mass grave containing the remains of over 100 people killed by "Islamic State." It's said to be the sixth such find near Sinjar since the town was retaken from the group. (28.11.2015)

Mass grave of Yazidi women killed by 'IS' found in Iraq

Iraqi Kurdish forces have discovered a mass grave containing the bodies of women who were executed by the 'Islamic State' (IS). The UN has described the brutal campaign against the Yazidi minority as a possible genocide. (14.11.2015)