Vigilante groups out to ′hunt′ for migrants in Bulgaria | Europe| News and current affairs from around the continent | DW | 14.04.2016

Refugees try to avoid Bulgaria due to widespread reports of xenophobia and Islamophobia. Some cross through anyway. The country is now in the spotlight after videos surfaced showing vigilante groups "hunting" refugees. 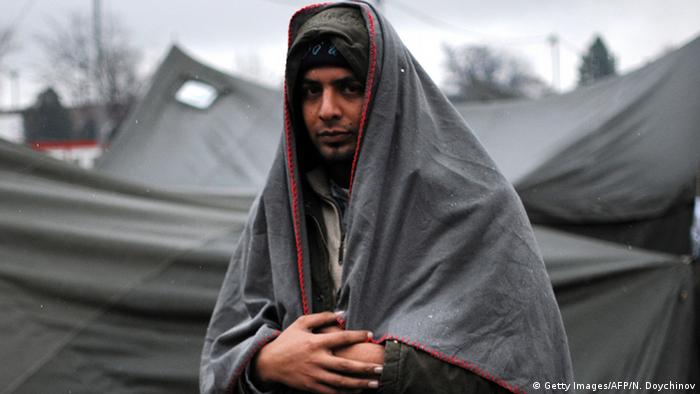 A series of videos posted to social media over the last few months show how a group of civilians in southern Bulgaria are attempting to intercept migrants.

In the most recent video, asylum seekers are shown with their hands bound as an unseen man yells at them. The video, which surfaced in several English language networks over the weekend, was filmed by a member of a Bulgarian vigilante group on the country's southern border with Turkey.

One member of the vigilante group, who remains unseen in the video, can be heard shouting at them in broken English:

It isn't the first time such a video has surfaced. A week earlier, a similar video shot in a forest setting was uploaded by a vigilante group. In an accompanying blog post, the person who uploaded it wrote that his group had encountered 23 migrants of Afghan origin. He went on to explain that since his group could not clarify to border police their exact location, they then accompanied the migrants to the nearest village. A television crew from the Bulgaria NOVA channel's "No Man's Land" program accompanied the vigilantes that day and published a far lengthier version of the encounter a few days later.

The videos are sparking debate in Bulgaria and beyond as international media draws attention to the topic. Within Bulgaria itself, many view the activities of the vigilantes far less critically than abroad.

Who is behind the vigilante groups?

The vigilante movement is not an official organization, rather a loose group of similar-minded citizens. A semi-professional wrestler named Dinko Valev has become a sort-of spokesman for the group. He was called in for police questioning after the emergence of the most recent video on April 10 and has made numerous public appearances on Bulgarian television shows. He often equates refugees with jihadists and his supporters regularly refer to him as a "superhero." Back in February, he uploaded his own video of a vigilante round-up of migrants directly to his personal Facebook page.

"If they're allowed to blow up bombs, then I'm allowed to, too," Valev told DW's Bulgarian department in March. He confirmed in that interview that he would soon be founding a full-fledged vigilante border control unit.

Valev's group has a Facebook page with 20 active members, most of whom own a four-wheeled "quad" vehicle capable of patrolling the area and frequently share photos of their activities.

One of the group members, Slav Slavov (pictured below), lives in the small town of Vesselinovo. 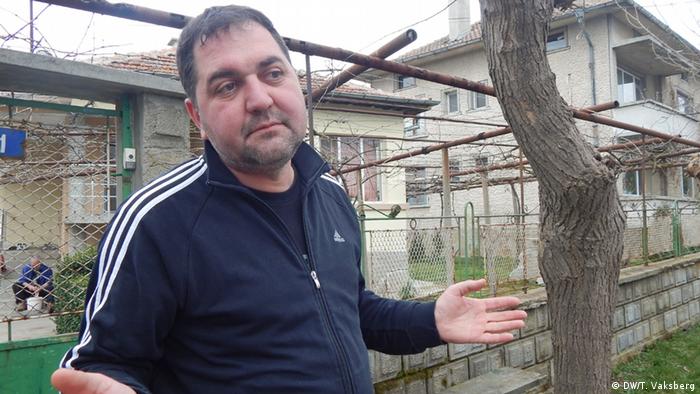 Slavov was a member of the political party GERB that currently governs in the capital Sofia. Back in March, he told DW that his center-right party had "crushed" him after he told Bulgarian media the country needed "more nationalism" and that people should "finally take over control." He was forced to resign, he said, as a result of those comments.

Slavov remains a determined opponent of asylum seekers. "Try going to one of the border towns, there you'll see the old people crying, who've been attacked and robbed by strangers," he said. DW's Bulgarian department had asked numerous other villagers if they shared that view, but none had heard of a robbery committed by a refugee.

Shortly after the vigilante group was formed and their activites were known, the country's interior minister described Valev's proposal as "unusual" while repeating requests that the media report any irregularities.

The country's prime minister, Boiko Borisov, then went a step further, praising the vigilantes and suggesting that the protection of the country's southern border should be a group effort.

In the wake of the international backlash at the vigilante videos, Borisov has changed his tone, posting to Facebook that illegal actions would be prosecuted.

On April 14, Bulgaria's foreign minister clearly distanced himself from the vigilante groups in an interview with DW.

"This is something we would not tolerate under any circumstances. In Bulgaria, there are authorities and institutions that do their job. Citizens can point out an instance of law-breaking at the very most, but under no circumstances can take the law into their own hands. Those who do so regardless will be punished," he said.

Recent months have seen a drop in refugees attempting to cross into Bulgaria from Turkey, even as the Greek-Macedonian border and Balkan route remain blocked.

Reporting from Bulgaria by Tatiana Vaksberg.

More than one refugee route through the Balkans

The Visegrád Group wants Macedonia to assist Greece in closing their border. Alternative routes through the Balkans would thus grow in their relevancy. But which paths do the refugees favor? (18.02.2016)

a video of a vigilante round-up

A DW report in German from Bulgaria's southern border