Ahead of the EU-Turkey summit, Chancellor Merkel continues to aim for a pan-European solution to the refugee crisis. But some Eastern EU states have rejected the agreement - they don't want to accept any refugees. 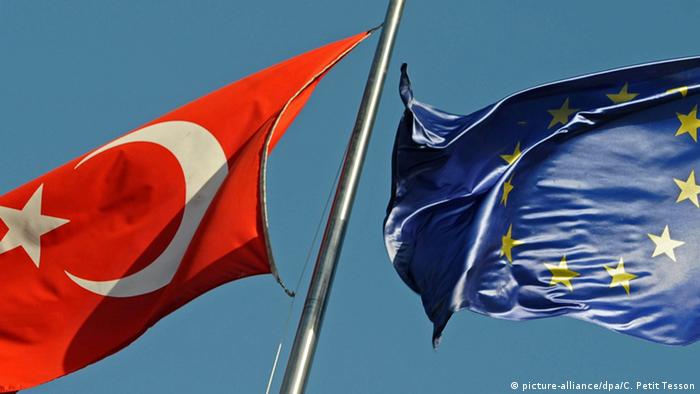 Hungarian Prime Minister Viktor Orban still spearheads the Visegrad states' battle against a common EU refugee policy. In his speech to the country on Hungary's national holiday, two days before the EU summit, Orban reiterated his position on the refugee crisis. He said he would not accept a redistribution of migrants from Turkey to Europe. About two-thirds of the population now supports his tough stance on refugee policy. Orban wants to decide in a referendum whether the Hungarians agree to the EU allocation quotas.

No illusions about political agenda

Other eastern European countries share the same view, especially the Czech Republic and Slovakia. That is why Gerald Knaus, an Austrian expert on Eastern Europe, told DW in interview that he was concerned about the upcoming EU summit. There will be a limited European solution to the refugee crisis, said Knaus, head of the think tank European Stability Initiative (ESI). In particular, the Hungarian prime minister's lobbying means that several countries have now adopted his policy.

"If Orban and the others stand on the edge and want to sabotage this because they have a different political vision of the future of refugee law, the future of Europe, then you can only remind yourself of this in the future and must not have illusions about the political agenda behind it; but that should not stop anyone," said Knaus.

Brussels is still hoping for a compromise. Some eastern EU countries, such as Romania and Bulgaria, do not want to support Orban's position. However, their situation is different. Romania has not proven to be an El Dorado for refugees. The country does not belong to the Schengen area and the standard of living there is relatively low. Romania also is not on the standard Balkan route and not appealing as a potential transit country. Nevertheless, there are plans to boost border security, just in case the refugees themselves should look for new a detour on the way to Western Europe after other borders have been closed. 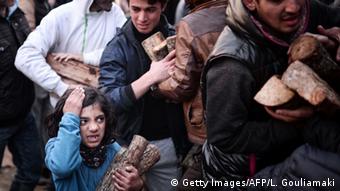 Refugees are stuck in Idomeni, Greece, because the Macedonian border is closed

In September last year, Romania – just like the four Visegrad countries Poland, Hungary, Czech Republic and Slovakia - voiced its opposition to a mandatory refugee quota, but is not generally against receiving refugees. Romanian Prime Minister Dacian Ciolos would like the distribution mechanism to work on a voluntary basis, regardless of a state's actual potential for accepting migrants and integrating them.

In early March, the first 15 refugees arrived in Romania via a "hotspot" in Greece. Overall, the country has promised to accept 6,351 refugees. This is not without controversy in the population. In a survey conducted last year, 75 percent of respondents were against the policy. On the other hand, the majority would agree to provide humanitarian assistance to war refugees from Syria.

As a transit country, Bulgaria believes it faces other problems. Right now, around 1,500 refugees enter the country each month - mainly from Syria, Iraq and Afghanistan. They usually want to continue traveling through Serbia to Western Europe. Bulgaria is a possible alternative route for refugees, but they are not welcome. In an Arabic refugee manual, Bulgaria is ranked number one among the countries that should be avoided. The guide says anti-foreigner and anti-Islam sentiments are widespread in Bulgaria. 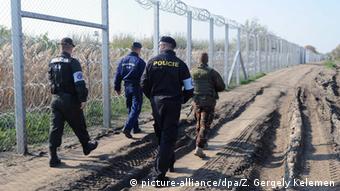 While the Bulgarian government accepts the quota system and is prepared to take in approximately 1,600 refugees, the general public does not want to have them. About 10,000 people from Islamic countries came to Bulgaria with the first wave of refugees in 2013 and 2014. They mostly reported on the poor treatment by Bulgarian authorities and the public as a whole. The reports have been published by human rights organizations, including Germany's ProAsyl.

Poland does not want any refugees

Under its previous government, Poland was the only Visegrad country that did not adhere to the agreement of the "group of four" at the last moment. Like Romania, the country agreed in the fall of 2015 to accommodate 7,500 refugees through the European quota distribution system. Earlier on, in June 2015, the liberal Polish government had also been willing to help with the refugee crisis – back then. They said Poland would accept 4,000 refugees.

The new national-conservative government, on the other hand, views the past resolutions critically, but despite its rhetoric, the government is prepared to abide by the commitments. The first hundred refugees from the Middle East are to arrive in Poland by the end of March 2016. All of them should "be carefully examined," announced Prime Minister Beata Szydlo. For decisions at the European level, they oppose the refugee quotas and the additional reception of Muslim refugees.

Overcoming the refugee crisis now depends largely on whether all parties respect the agreement. The expert for southeastern Europe, Knaus, believes this as well. He said, "If the deal with Turkey succeeds, then the rest of Europe will calm down."

Turkey-EU deal: ‘It’s not legal and it’s not moral'

The Council of Europe’s Human Rights Commissioner has criticized the proposed EU-Turkey resettlement scheme as unworkable and illegal. He tells DW the only solution is EU members taking collective responsibility. (16.03.2016)

The EU should help Macedonia in securing the border with Greece, according to the Austrian Defense Minister Peter Doskozil. The Balkan route "must stay closed," the minister told the German "Die Welt" newspaper. (16.03.2016)