Recent diplomatic tension and harsh rhetoric have pushed Germany and Turkey apart, but the relationship is not completely shattered. On economic issues in particular, the two countries share common goals. 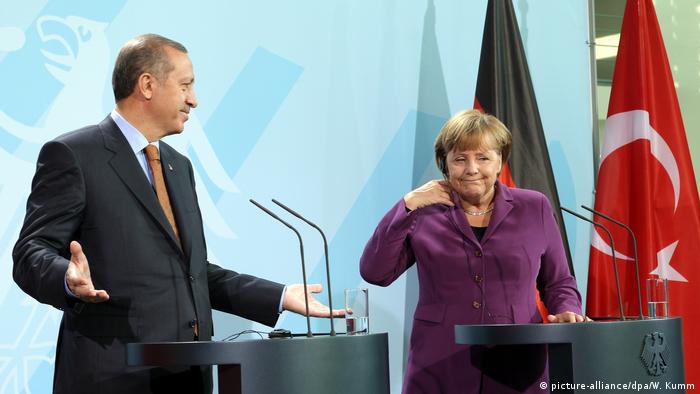 There was a welcome message from Germany to Turkey amid the collapse of the lira: Berlin wants to ensure continued strong exports to Turkey, despite ongoing political tensions between the two countries. In principle, that means maintaining the so-called Hermes export guarantees, a German government-backed scheme that enables exporters to cover themselves against economic and political risks in a particular country.

The German government has taken a harder line with Turkey over the past year, in part due to the number of Germans sitting in Turkish jails. As a result, risk coverage for German firms exporting to Turkey was reduced €1.5 billion ($1.7 billion).

Read more: On a Greek shore, rich Turks spend despite the crisis

The news was met with some criticism in Germany. "It is unacceptable for the partnership between the German and Turkish governments to be taken care of independently from the human rights situation and the risks to taxpayers," the Left Party said in a statement.

Disagreement over money reveals how divided Germany's politics are when it comes to dealing with Turkey. The conflicts are numerous: The detention in Turkey of a number of Germans, mostly with Turkish citizenship; the disputed visit to Germany that President Recep Tayyip Erdogan has planned for September; and the banning of Turkish politicians from appearing at events in Germany during Turkey's election campaign. There is also the sour mood surrounding German footballers Mesut Özil and Ilkay Gündogan, both with Turkish roots, posing for a photo with Erdogan ahead of the recent World Cup. 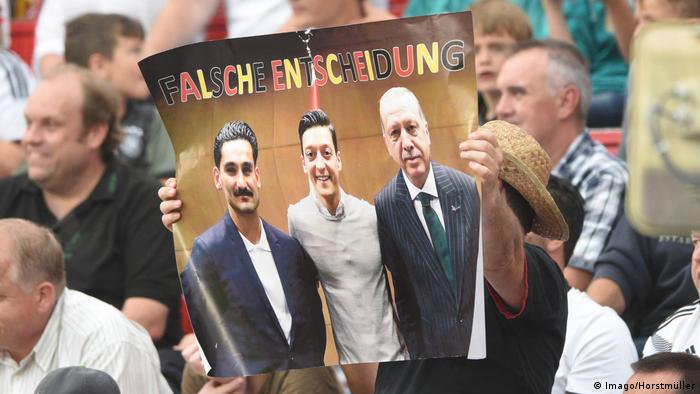 These tensions have deepened in the wake of the biggest and most decisive drama in recent Turkish politics: The attempted coup against Erdogan in July 2016, and its consequences, most notably the state of emergency that led to months of purging in Turkey's public sector. In all, about 110,000 civil servants, soldiers, police officers and judges have since been suspended or jailed.

Read more: Turkish economic shadow looms over Europe and beyond

The current Turkish-German relationship does not seem to be doing well, noted Yunus Ulusoy, an economist with the Foundation for Turkish Studies and Integration Research in Essen. The upheaval arises from a very different set of perceptions, he said: In regards to Turkey's political situation, the view from Germany is only of shortcomings, while many Turkish Erdogan supporters see it completely differently. "From this arises constant disagreements and differing interpretations," Ulusoy explained.

In September of that year, Erdogan expressed outrage over election campaign statements by both Merkel and her opponent for chancellor, the Social Democrat Martin Schulz, that Turkey's European Union accession talks should end. "What happened was Nazism. What happened was fascism," Erdogan said.

Criticism in response has come from all parts of the German government, but especially on the right. Andre Poggenburg from the far-right Alternative for Germany (AfD) party took to attacking his country's Turkish community. "These caraway traders have the genocide of 1.5 million Armenians weighing them down ... And they want to tell us something about history and homeland? They're nuts" he said during a speech in February of this year.

It is a far cry from the kind of rhetoric emanating from Germany's establishment parties, but they too had something to say, especially in regards to the possibility of Erdogan making election campaign appearances in Germany. The notion was quickly rejected.

"For the upcoming elections in Turkey, the campaign must be carried out there, not here in Germany," said Merkel's conservative party secretary-general, Annegret Kramp-Karrenbauer. "We do not want intra-Turkish fighting in our cities, which harm our living together."

Despite the tension, Germany and Turkey are joined by common interests. That includes the economic relationship as well as a mutual desire to end the war in Syria — both countries have taken in many Syrian refugees. That leaves plenty of reason to keep the relationship amicable.

Turkey and Germany have to try to understand their respective points of view, explained Ulusoy, and that does not mean ignoring disagreements. Dialogue is the most important thing, he said. "Given Turkey's political isolation in the world, Erdogan's visit in September would be a chance for Germany to re-exert its influence on its development."