According to official figures there are now nine Germans locked up in Turkey for "political reasons." The latest case happened when a Kurdish man from Hamburg visited his mother. 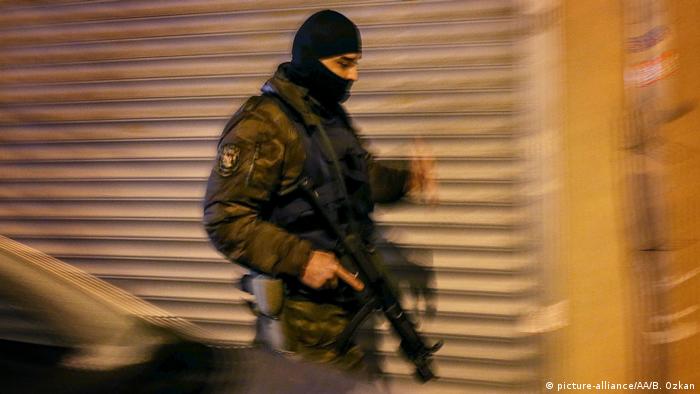 Another German citizen has been arrested by Turkish police on charges of terrorism after criticizing the Turkish government online, his lawyer said on Thursday.

Ilhami A., 46, was arrested on Tuesday morning while visiting his mother in the town of Saribasak in a largely Kurdish region of eastern Turkey, public broadcaster ARD reported.

His Turkish lawyer, Ercan Yildirim, told ARD Ilhami A. was accused of "terror propaganda" because he had criticized the Turkish government on social media.

Yildirim said his client had been locked up in the prison of Elazig and that he would file a complaint against the arrest.

The German Foreign Ministry confirmed the arrest and said he would receive consular assistance.

Public broadcaster NDR reported that the man has Kurdish roots and lives in Hamburg, where he works as a self-employed taxi driver.

According to official figures, seven other Germans are currently in detention in Turkey for "political reasons."

German Foreign Minister Heiko Maas on Monday urged Ankara to improve its diplomatic ties with both Germany and the United States, saying it would help to ease its current economic woes.

In 2017 Turkish authorities arrested German citizens, Berlin threatened sanctions, and politicians in Ankara made comparisons to the Nazis. Now German-Turkish tensions appear to have eased. Is it a sign of hope? (25.12.2017)

Two reporters for the Turkish branch of German newspaper Tageszeitung were detained and had their homes searched in Ankara. The arrests were part of a wider clampdown on critics of Turkey's military operation in Syria. (23.01.2018)

Hozan Cane had been attending campaign events ahead of Sunday's election when she was arrested. The terror charges against her reportedly relate to scenes she plays in a movie about genocide against Yazidis in Iraq. (27.06.2018)