Hozan Cane had been attending campaign events ahead of Sunday's election when she was arrested. The terror charges against her reportedly relate to scenes she plays in a movie about genocide against Yazidis in Iraq. 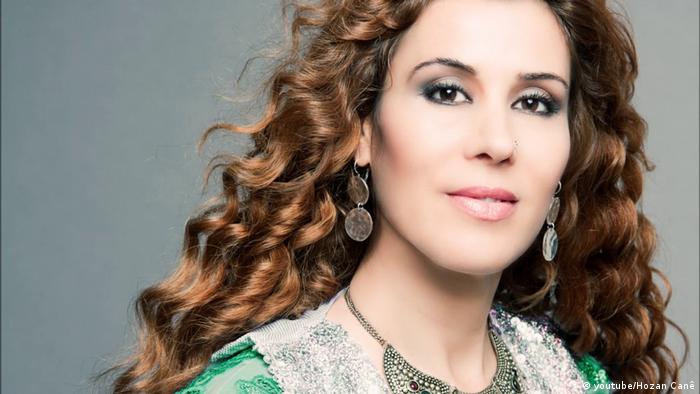 A German-Kurdish singer has been remanded in custody in Turkey on terrorism-related charges.

Saide Inac, 47, who goes by the artistic name Hozan Cane, was detained on June 22 in the western province of Edirne while attending campaign events of the pro-Kurdish People's Democratic Party (HDP) leading up to Sunday's parliamentary and presidential elections.

Cane had been performing for weeks at HDP events in Edirne, where the party's imprisoned presidential candidate, Selahattin Demirtas, is being held on terrorism charges. The HDP secured 11.7 percent of the vote, making it the second-largest opposition party in the Turkish parliament.

Arrests of dual Turkish-German nationals in Turkey have put major strains on relations between Berlin and Ankara. The German Foreign Ministry said it was aware of her arrest.

Cane was charged with "membership in a terrorist organization" and spreading terrorist propaganda for the outlawed Kurdistan Workers' Party (PKK), according to Turkish media.

In Turkey, those facing terrorism-related charges can remain in pretrial detention for months or years before going on trial.

One piece of evidence used against her was a scene from a movie that she directs and plays the lead role in, which deals with genocide committed by the "Islamic State" group against the Yazidi minority in Iraq, according to a Twitter post on her account.

In the scene, she apparently poses with PKK guerillas and holds a weapon. The PKK swept in from their mountain bases to save Yazidis in Sinjar as IS overran the area in 2014.

Read more: A Yazidi mother's torment in Iraq, four years after the genocide

Cane had shared a scene from her movie, "The 74th Genocide in Sinjar," with PKK guerillas on Twitter.

Born in Turkey, Cane fled to and sought asylum in Germany in the 1990s after being arrested, tortured and harassed, according to her Kurdish biography.  The 1990s in Turkey were marked by a severe crackdown on Kurdish culture and language.

She lives in the western German city of Cologne and is a naturalized German citizen.

Opposition parties have been denied equal conditions for campaigning in Turkey's elections, say international observers. The OSCE has said that already-limited media freedoms were hampered by Turkey's state of emergency. (25.06.2018)