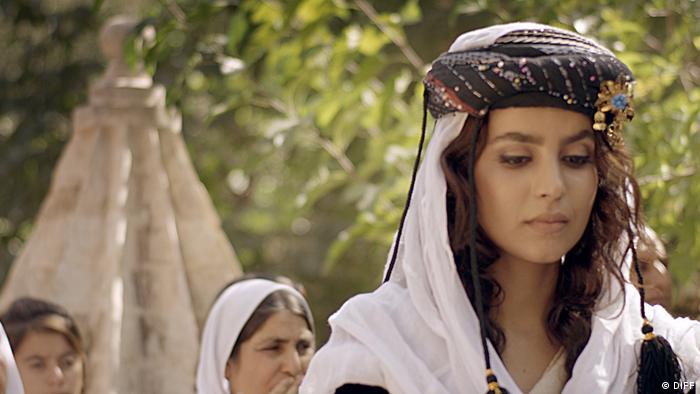 Directed by Kurdish filmmaker Hussein Hassan, the 2016 film "Reseba: The Dark Wind" (above), has now been released in German cinemas. It depicts how a young Yazidi couple on the verge of marriage is torn apart by militants from the so-called "Islamic State," who carry out a massacre against the religious minority in northern Iraq's Shingal district. After Pero, the bride-to-be, is sold as a slave, her would-be husband, Reko, goes on a journey to Syria to find her. While reunited, the pair is traumatized and struggle upon their return to their community.

The film, a joint production between Iraq (and the Kurdistan Regional Government), Germany and Qatar, had kicked up a storm during its premiere at the Duhok International Film Festival, in Kurdistan Region, in September 2016. Some audiences reacted angrily to the film's plot which, while fictional, was inspired by the true events of genocide against the Yazidis in Sinjar, northwest Iraq, that IS undertook in August 2014.

Protesters complained that the film misrepresented the Yazidis' treatment of women in the aftermath of IS atrocities, a criticism that director Hassan refuted, arguing that many critics' impressions had been based on the trailer alone.

The Yazidis are a Kurdish religious minority of some one million individuals worldwide. According to the German Central Council of Yazidis, some 750,000 live in northwest Iraq alone, with other communities in Syria, Turkey and Iran.

Yazidi communities have also grown in Armenia, Georgia and Russia, following the flight of many Yazidis from their Middle Eastern homelands. Nearly all Turkish, most Syrian, and many Iraqi Yazidis live today in Western Europe, primarily in Germany.

The native language of Yazidis is Kurmanji Kurdish.

What is the religion of the Yazidis?

The Yazidis are syncretic monotheists who believe in an all-powerful god. The roots of their religion, Yazidism, can be traced back some 2,000 years before Christianity, though their belief practices combine elements of that religion with Judaism, Islam, Zoroastrianism and ancient Mesopotamian religions. 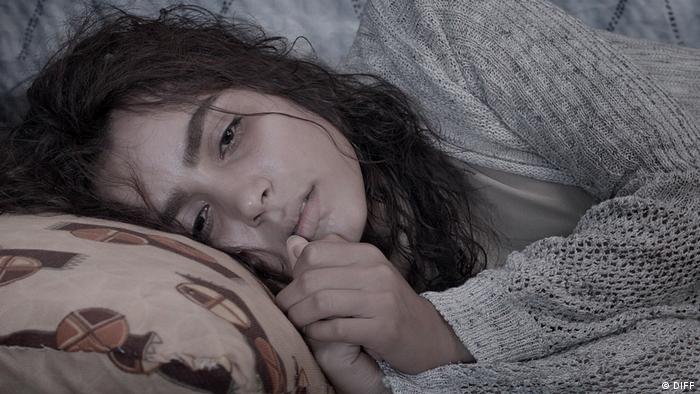 At the premiere of 'Reseba: The Dark Wind,' some believed that the female lead Pero (above) was actually killed in the film

The Yazidis do not believe in the existence of an evil being. God would have been weak to tolerate a second powerful alongside of him, and mention of the devil would be blasphemous. At the center point of Yazidi beliefs stands the archangel known in English as Melek Taus. He is revered as a representation of God on earth and is depicted as a peacock.

Yazidis are born into their religion, meaning that conversion to Yazidism is impossible. Yazidis are only allowed to marry one another; one who marries outside the religion is considered an automatic convert to the spouse's religion.

The holiest temple of the Yazidi faith is located in Lalish, northern Iraq.

Why are Yazidis persecuted?

Beginning in 2014, the expanding control of the extremist "Islamic State" over much of Iraq spurred many Yazidis to flee. On August 3, IS militants attacked Sinjar, a large Yazidi town, and perpetrated genocide: The UN has estimated that around 5,000 Yazidi men were murdered and up to 7,000 women and children were kidnapped. At least 400,000 were driven out of their homeland. Both the UN and the European Parliament labeled the events genocide.

Fanatical Islamists have long regarded Yazidis as "non-believers" who should be converted or killed. The religious minority has also faced persecution as part of the Kurdish ethnic minority. Yazidis in the Middle East often have to disguise their identity. 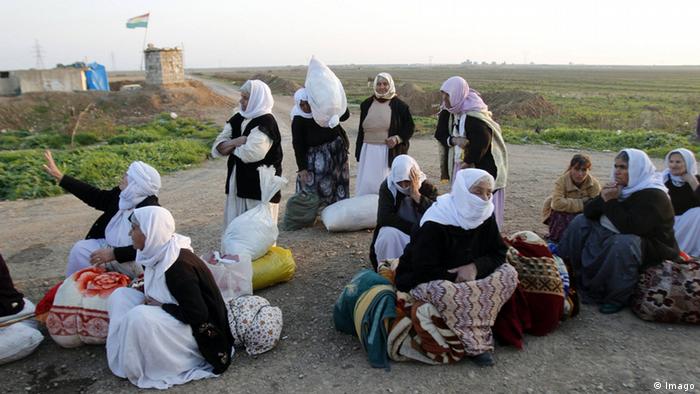 In particular, a lack of state protection during the 1980s caused many Yazidis to flee from Turkey to Germany, where over 100,000 live today according to estimates from the Central Council of Yazidi in Germany.

Yazidis in Germany have founded many cultural groups, in part to represent their interests but also to organize their religious and cultural affairs within the community. Many of these clubs have their own community centers.

The film "Reseba: The Dark Wind" will be screened in select cinemas across Germany from April 2-29.