From the Sinjar mountains to Germany′s Rhineland: a Yazidi refugee′s story | Germany | News and in-depth reporting from Berlin and beyond | DW | 20.06.2017

From the Sinjar mountains to Germany's Rhineland: a Yazidi refugee's story

The Yazidis are a religious minority in northern Iraq whose people have been persecuted by the "Islamic State." One Yazidi who fled Iraq and sought refuge in Germany shared his story with InfoMigrants. 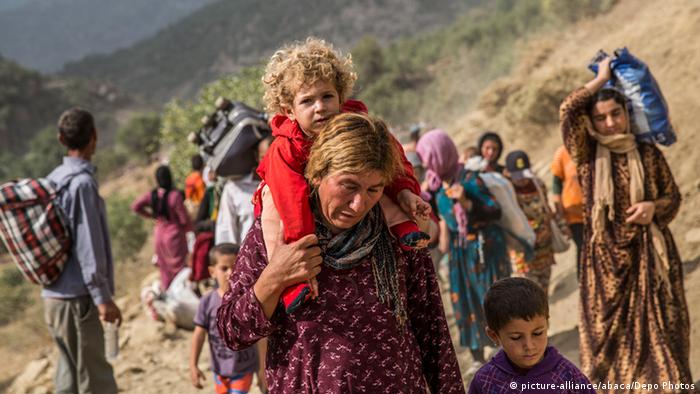 "I come from Sinjar, Iraq, but had to leave in August 2014. This was exactly when the 'Islamic State' started to take control of my city. They killed many people and kidnapped about 5000 of our girls," 23-year old Sherwan told InfoMigrants.

Sinjar is located near a mountain range with the same name in Northern Iraq. In August 2014, the "Islamic State" or "IS" began to expand into Iraq from neighboring Syria. The terrorist organization eventually reached the town of Sinjar, where they began killing hundreds of Yazidis. 50,000 of them fled into the mountains where they were surrounded on all sides by "IS"- facing starvation and dehydration due to the siege. Sherwan and his family were trapped there for eight days.

This prompted an international humanitarian outcry. Countries like the U.S., U.K. and France began to drop food and water to those Yazidis trapped in the mountains. On August 7, U.S. President Barack Obama announced the U.S. would conduct air strikes on "IS" forces in the area.

Kurdish militias set up humanitarian corridors that enabled 35,000 Yazidis to escape, so Sherwan and his family fled to Syria. Sherwan's brother eventually joined the Kurdish Peshmerga forces to fight "IS," hoping to bring back some of the Yazidi girls that had been kidnapped. He lost his life fighting "IS" some months later. Sherwan and his family eventually returned to the Kurdish region of Northern Iraq in Spring 2015. 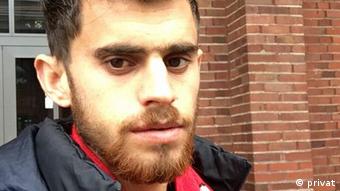 In December 2015, Sherwan and his two younger sisters then decided to leave for Turkey from Northern Iraq, hoping to eventually get asylum in Europe. "We went on a small boat to Greece from Turkey where we proceeded through the Balkan countries, Austria and eventually reached Germany. The NGOs helped us a lot. An Israeli medical clinic provided treatment for my sister when she was feeling sick on the way," he continued.

Later that December, they reached the Western German city of Cologne. They stayed in a sports hall with other refugees while their asylum applications were being processed. "There were many of us in a small room and the food was not good. The security personnel were not friendly to us. I was very active in trying to find an apartment for me and my sisters."

Thoughts on life in Germany

Sherwan found the asylum process to be rather long. The German Office of Migration and Refugees (BAMF in German) tried to make sure that him and his sisters were really Yazidis. Sometimes Kurdish asylum seekers will say they are Yazidi even though they are not because they believe there will be a higher chance of getting asylum. In December 2016, he and his two sisters finally were granted asylum. 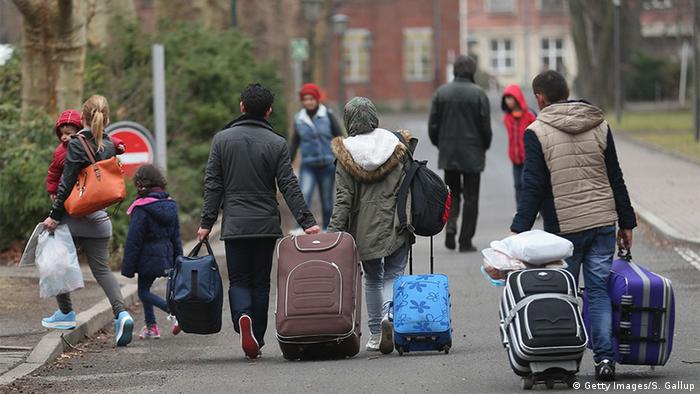 When asked about what he thinks about life in Germany, he says that for his sisters it is harder since they are younger and more connected to their home country. "I don't have a country - I consider Germany to be my country. I will try my best to serve this country because I'm thankful to be here and happy to be with my sisters. My dream is to one day have a PhD in Chemistry," he said.  For now, he is just trying to learn the German language as best as he can.

Although he has made many German friends, he says there has been some stigma toward refugees due to recent events such as New Year's Eve 2015, when women were harrassed by men of North African origin at Cologne's Central Station. He recalls one time meeting some Germans and one of the women refusing to shake hands with him due to him being refugee. He hopes that not all refugees will be stereotyped due to the actions of a few.

"I just want to say to Germans that not all refugees are bad," he finished.

Kurdish troops have begun an offensive to retake the town of Sinjar, seized by "Islamic State" last year. Sinjar's capture prompted efforts to rescue resident Yazidis and the first US airstrikes against the militants. (12.11.2015)