While the "Islamic State" (IS) has lost most of its cities in Iraq and Syria, thousands of Yazidis it kidnapped are still missing. Activists say some are being hidden within IS families. Judit Neurink reports from Irbil. 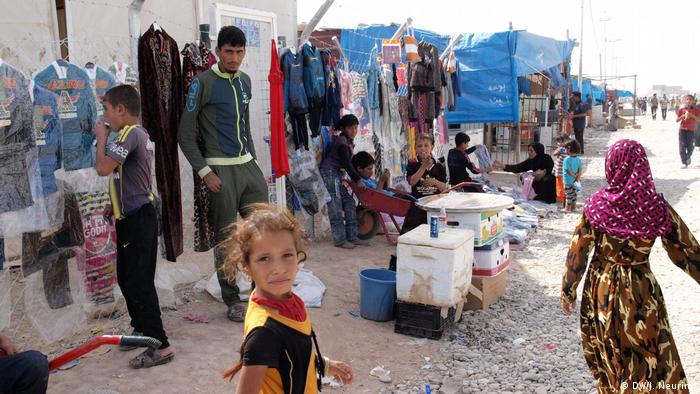 Almost half of the over 6,000 Yazidis kidnapped three years ago by the IS group have still not been found. Yet many of them are hidden in plain sight, aid workers and Yazidi activists say, living with Arab families who have sought refuge in Internally Displaced Person (IDP) camps.

Forced to convert to Islam, they now fear for their lives if they are found, aid worker and Yazidi activist Mirza Dinaye says. He is calling for an active search and for the Yazidis to be returned to their families.

They are victims of the IS policy to eradicate the Yazidi faith, he says. "We know they are completely assimilated into the Muslim community. They think the Yazidi faith has been eradicated, and often suffer from Stockholm syndrome,"  — a special, often intimate relationship between victims and kidnappers.

That was the case for Mediha Ibrahim, 13, a Yazidi girl kidnapped by IS in August 2014, who spent the next three years living with the families of Turkish IS fighters in their stronghold of Talafar. During that time, they turned her into a Muslim. 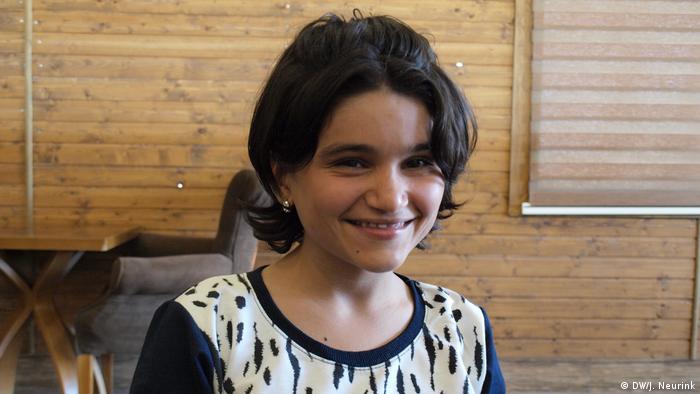 Sold to Turkish IS families

"I forgot my Kurdish," she admits in Turkish as she devours a pizza in a restaurant outside the camp in the Kurdistan Region of Iraq where she has recently been reunited with her uncles along with two of her brothers who were helped to escape. Her parents and another brother are still missing, but the latter has been identified in pictures posted on the Facebook account of an IS fighter. Just like Mediha, her brother has been taken into the fighter's family and hidden away.

Mediha's first Turkish owner in Talafar, Abu Yousef, had three wives and several children. "He beat me and sold me to another family," she says. She stayed a bit longer with Abu Ali and his wife Fatima, who came from Bursa in Turkey, before they sold her to Abu Ahmed and Zahida from Konya. She was given a new name, Hadjar. By that time, she had taught herself Turkish and had been sent to school to learn Arabic. She prayed five times a day and enjoyed reading the Quran.

She was told she could never go back to her family and that it would be better to forget about them altogether. "I felt like a Muslim, not like a Yazidi. They said that my family would kill me if they found out I had left our faith."

She believed them. Yazidis are a tight-knit community where marrying outside the faith is not allowed and converting to another religion not accepted. She did not know that the Yazidis' religious leader, the Babasheik, had promised absolution to all those who returned from the IS Caliphate and guaranteed that they could return to their community.

True identity revealed to the police

This is why Mediha had no choice but to leave with her Turkish family when they fled the fighting in Talafar. They were locked up in a special prison camp for the families of foreign fighters outside the Iraqi town of Mosul. "I was scared. I wasn't sure if they were Daesh," she says about the guards, using the local Arabic name for IS. But they were now in the hands of the Iraqi Federal Police, who interrogated everybody, also grilling the inmates about the presence of Yazidis within their families.

"They asked me too. I denied being Yazidi," she says softly. But her 'foster mother' Zahida broke under pressure. "That one's not mine," she admitted to the police about Mediha, who then had to tell the police her father's name. By the time an uncle arrived for her, her fears were forgotten. "I recognized him, but his mustache had turned white. I was so happy to see him!"

Mediha knows of other Yazidi girls in the prison camp who, like her, have kept their mouths shut about their background. Hadi Babasheik, the religious leader's brother and spokesman, has been able to locate a number of children: like six-year-old Dalia, who he found in the former IS stronghold of Sargat after a tip-off. "Dalia knew her real name was not Zeineb, and that she was a Yazidi." But many of the younger children will have forgotten both their name and their religion. 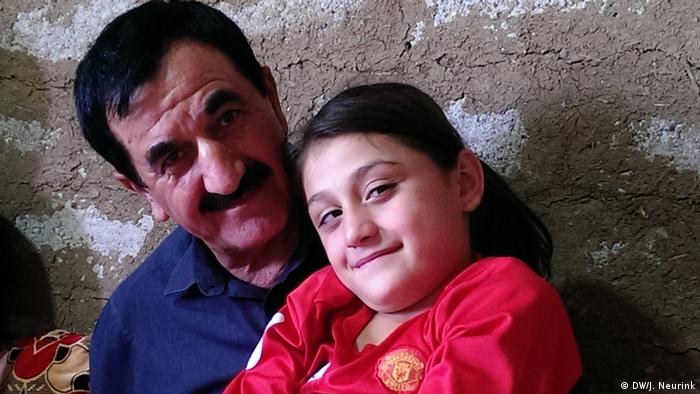 Like Mediha, Dalia was frightened about leaving when Babasheik found her. She feared she was finally being sold as a sex slave. And it is a fact that many women who were forced into that life and have since given birth to their captors' children now feel too ashamed to return home.

This is why activist Mirza Dinaye tried to start searching for them in the IDP camps holding civilians from liberated IS towns. But even though he had a team ready, he could not get the special office for Yazidi Affairs, a department of the Kurdistan Ministry of Religion, to agree. That is because Yazidis offered to find missing children and women only in return for money, says the department's head, Kheiri Bozani. As a result, he is not allowing anyone not connected to his office to search. He also says that IS was able to move many of its victims out, since the army gave ample warning before embarking on the liberation of a town.

But Yazidis cannot wait for the authorities to sort out their internal conflicts and have no choice but to try and work around them. Like Hadi Babasheik, who uses the authority of his position as the religious leader's spokesman to travel to IDP camps and follow up on tips that reach him. He has found a number of women and children this way. But a new problem has arisen now that many families have returned to former IS cities like Talafar and Hawija, taking Yazidi women and kids with them.

With European support and working closely with an Arab tribal leader, Babasheik has started a campaign to pay Arab families who come forward and report that they are hiding a Yazidi. "We go to the families and ask: who has a child that is Yazidi? And then we pay." Some Yazidis still know the names of fathers or other family members and can confirm their identity that way; others are subject to DNA testing.

The importance of his work is clear from Mediha's story, which shows that Yazidis may not have lost faith in being saved one day. "No, I didn't think I would be with them for the rest of my life," she says when asked. "Because they and their houses were so dirty!"