In August 2014, "Islamic State" militants launched what the UN calls a genocidal campaign against the religious and ethnic minority in northern Iraq. Despite the ouster of IS, the Yazidis' ordeal is far from over. 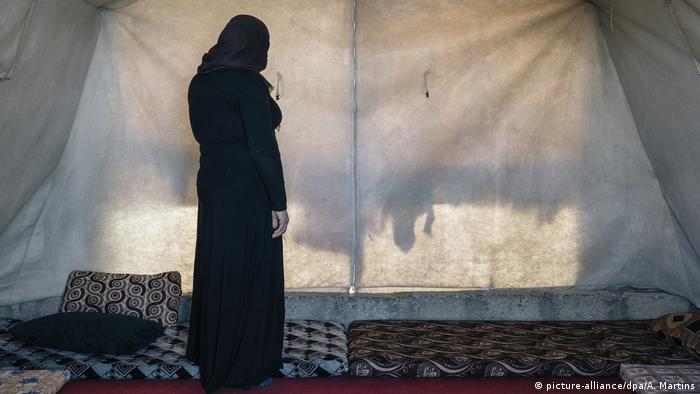 A United Nations human rights committee investigating violations of international law in Syria said Thursday that Yazidis continued to face atrocities at the hands of "Islamic State" (IS) militants - and the world isn't doing enough about it.

"The genocide is ongoing and remains largely unaddressed, despite the obligations of States party to the Convention on the Prevention and Punishment of the Crime of Genocide of 1948 to prevent and to punish the crime," the OHCHR commission wrote in a statement to mark the anniversary of IS launching an assault on the Yazidis of the Sinjar region in northern Iraq near the Syrian border.

The Yazidis, a religious community whose belief and practices span thousands of years, are reviled as infidels by IS. During the assault, their militants killed and kidnapped thousands of Yazidis, forcing many to flee their home region. The images of stricken survivors trapped on Mount Sinjar in its aftermath prompted the US to launch airstrikes against IS in Iraq.

Three years on, thousands of Yazidi men and boys remain missing and IS continues to subject about 3,000 Yazidi women and girls in Syria to horrific violence, including daily rapes and beatings, the commission said, adding that it had received reports of IS fighters trying to sell enslaved Yazidi women and girls as international forces close in on its stronghold of Raqqa.

The commission called for everyone fighting against IS to work toward rescuing Yazidi captives and for the international community to recognize that IS was committing genocide against Yazidis and they should be brought to justice.

Sinjar and the region surrounding it had been home to about 400,000 Yazidi people before the IS onslaught began. IS has been driven out of the area but only about 1,000 Yazidi families have returned to Sinjar city. That's because various groups including Kurdish and Shiite forces which drove out IS are vying for control of the area, making it difficult to guarantee security and advance reconstruction efforts.

Read more: A town in ruins: Sinjar liberated from IS

"The lack of services and political problems are preventing families from returning," Jalal Khalaf, the director of the mayor's office in Sinjar, told Reuters.