Yazidis see fleeing Middle East as only option for survival | Middle East | News and analysis of events in the Arab world | DW | 02.05.2016

Yazidis see fleeing Middle East as only option for survival

Stuck in refugee camps after fleeing IS, Yazidis have few options, especially since the Middle East's most vulnerable people have been excluded from international migration talks. Diego Cupolo reports from Sharya, Iraq. 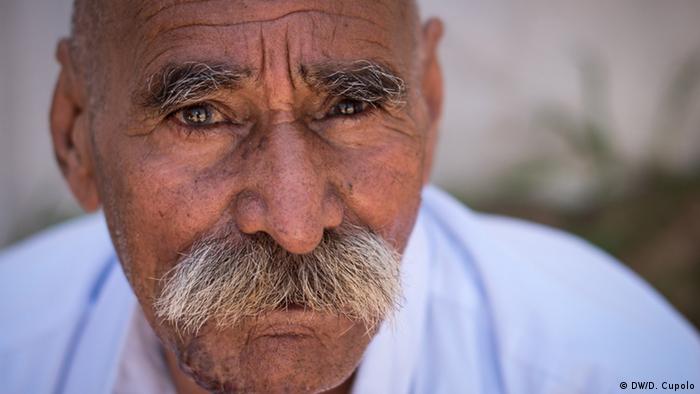 Humanitarian workers say the EU-Turkey migrant deal is leaving out the Middle East's most vulnerable people: Yazidis in Iraq. The agreement is meant to reduce the flow of asylum-seekers to Greece by exchanging those dubbed "economic migrants" in Europe for Syrian refugees in Turkish camps.

"I think the deal is a huge mistake and needs to be rewritten to include Yazidis and other religious minorities stuck here in Iraq," said Dr. Mirza Dinnayi, director of Air Bridge Iraq, a charity facilitating temporary asylum for trauma victims. "Europe and Turkey are forgetting about the most persecuted people of recent history."

Enslaved and executed by the thousands after the 2014 "Islamic State" invasion of Sinjar, nearly 200,000 Yazidis have been displaced in northern Iraq, where the large majority lives in refugee camps just south of the Turkish border. With their homes in shambles and migration routes shuttering, members of the religious minority see few prospects in restarting their lives in a nation where, according to Dinnayi, many hold a profound distrust for their neighbors. 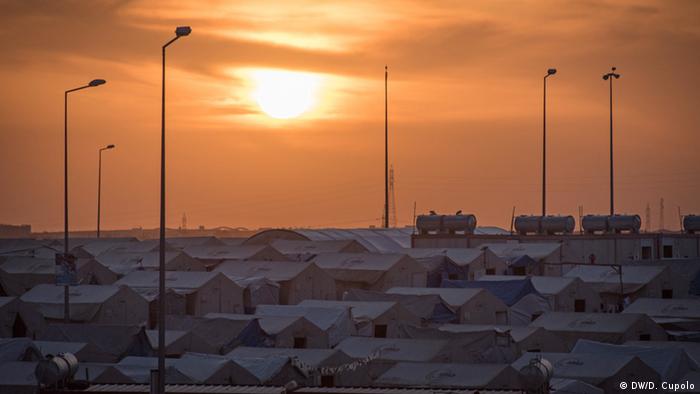 Sunset over Sharya Refugee Camp, home to more than 17,000 IDPs

"It's not as easy as saying, 'Okay, IS is gone now so you can go back home,'" said Dinnayi, a Yazidi who's also an advisor for the Kurdish Regional Government. "In their history, Yazidis suffered 73 genocides at the hands of Muslims and no one believes the massacre of 2014 won't happen again."

"Yazidis can't trust the government, the military or any other group to protect them in Iraq," he told DW. "Many of them want to escape from this situation once and for all."

Inside and outside the camps

Saleem Alyas agrees. The 18-year-old from Zorava said some Sunnis in Sinjar villages helped IS fighters locate the homes of minorities, at times by marking front doors with 'Y's' for Yazidi and crosses for Christians.

"There is no way we can got back to the way things were before," Alyas said. "No matter what happens I'm going to take my family to Europe. I'm not going to stay here."

Since he fled his hometown, Alyas has been living in Sharya camp, just outside Dohuk, with more than 17,000 other refugees. Sitting inside his canvas tent, Alyas complains local schools are too full to enroll his younger siblings, and says he was unable to finish his own studies after the IS invasion.

Still, he considers himself among the more fortunate people in Sharya, as his family was able to secure a tent, unlike hundreds of others who live in hand-built shelters and abandoned buildings surrounding the camp. 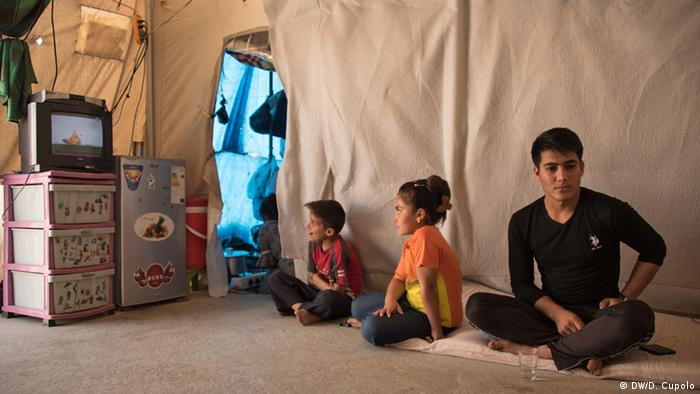 Hussain Namat (photo, top of article), an elderly man from Tel Azeer, said he arrived when the camp was full to capacity, so he has been living in a small shack with 15 relatives for more than a year. Without water and electricity, he claimed few organizations were assisting his family and, at 70 years of age, he was too old to work.

"We have no other place to go," Namat said. "Even if they liberated our village, our home is destroyed. They took our car, our money and our gold. They took everything from us."

Across a grassy patch, stands Khalaf Muraad, an 86-year-old man from Sinjar, who said he was lined up for execution with nine other men. He watched IS fighters decapitate two and shoot seven to death. When the knife was put to his throat Muraad yelled, "Allahu akbar" - Arabic for "God is great" - and his life was spared.

Speaking in front of his temporary home outside the camp, Muraad said he served in the Iraqi army and always had good relations with his Arab neighbors before 2014.

"The change was overnight," Muraad said. "I don't know how this happened, but I know it's a genocide."

Looking back on events since 2014, the majority of Yazidis interviewed in Sharya Camp said they would stay in Iraq only if they were guaranteed international protection.

Western politicians have recently added vocal support to a growing chorus of world leaders in calling for the IS massacres to be investigated as genocidal actions, but the exhumation of mass graves has yet to begin and documentation efforts are likely to take years. 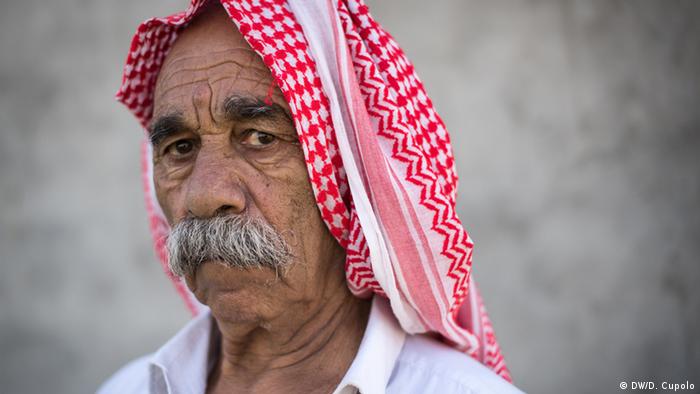 Meanwhile, Yazidi communities outside of Iraq are growing, the largest of which exist in Lincoln, Nebraska, and several cities in Germany. Refugee claims can take years to process, but through Air Bridge Iraq, Dr. Mirza Dinnayi is helping fast-track asylum to Germany for Yazidi victims of rape and trauma.

The program only accepts women and children with extreme cases and has so far relocated a little more than 1,000 people, but Dinnayi hopes to expand the effort, claiming there's little infrastructure and expertise to help victims of psychological trauma in Iraq.

"The best way to treat people is to isolate them from the unstable climate in Iraq and treat them in a place where they can feel safe," Dinnayi said.

Still, Dinnayi said his program is limited in its current form and the majority of Yazidis will continue seeking out ways to reach Europe.

"Right now, their main option is illegal migration and that's insane," he said. "I don't understand why the EU can't establish a form of ad-hoc registration centers in this region, so refugees can apply for asylum and get accepted before risking their lives in those rubber boats."

Months of horror: How the 'IS' destroyed my life

Shirin, an 18-year-old Yazidi woman, writes about the terrors she endured in captivity of the Islamist terror organization "IS" and the consequences it still has for her as a refugee in Germany. (01.02.2016)

EU to withhold funds for Poland over Turow coal mine