Turkey's top diplomat, Mevlut Cavusoglu, has said the latest arrests of two German citizens should not concern Berlin. However, Germany's foreign ministry later announced that one of them has been released. 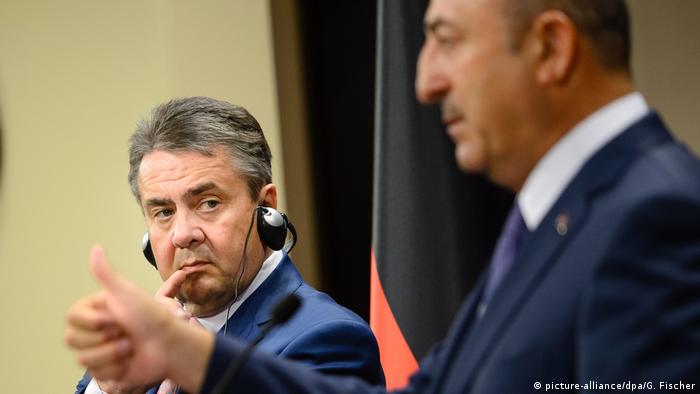 One of the two Germans arrested last week has been released, Berlin officials said on Monday. The "positive news" came from the suspect's lawyer, they added.

Just one day earlier, Turkish officials warned to Berlin to keep out of its domestic affairs, after it emerged that the two were arrested "for political reasons."

Turkey's foreign minister, Mevlut Cavusoglu, was quoted by the Anadolu news agency of telling Germany that the latest detentions were "not your concern" and dismissing the German government's furious reaction.

"When we arrest (a coup plotter) Germany starts to get upset. But what are we supposed to do?" Cavusoglu was quoted of saying. "This is also a Turkish citizen but it (Germany) asks why are you arresting my citizen?"

Turkey has arrested some 50,000 people following the failed coup in July 2016. At least 55 are known to be German citizens, 12 of which are being held as "political prisoners," according to Germany's Foreign Ministry.

The latest arrests took place at the end of last week, after two German nationals were detained at Antalya airport in southeastern Turkey over suspected links with the failed coup, according to Turkey's Dogan news agency.

While the Turkish government said the men were Turkish citizens, Germany's Foreign Ministry said Friday that it believes the men only held German passports.

Cavusoglu's remarks came a day after Turkey's Prime Minister, Binali Yildirim, told German lawmakers to "mind their own business" over the detention of German nationals.

During Sunday evening's televised German election debate, Chancellor Angela Merkel announced that she would seek to end Turkey's EU membership talks, adding that she didn't "see (Turkey) ever joining and I had never believed that it would happen."

Last week Germany's top diplomat Sigmar Gabriel similarly said that EU accession was out of the question for Turkey as long as Turkish President Recep Tayyip Erdogan was still leading the country.

"Turkey under the Erdogan government will never be able to lead serious accession negotiations, because he is removing Turkey from Europe," Gabriel told German broadcaster ZDF last week. "He would, however, like to give Turks in Germany and in Turkey the impression that we're the ones who are burning bridges."

Germany has in recent weeks embarked on a more hardline approach against Turkey. In July, Gabriel delivered the government's most strongly worded statement yet against the Turkey and Erdogan government regime. As part of Germany's "reorientation" in policy towards Turkey, Germany's top diplomat warned German citizens to exercise extreme caution when traveling to Turkey and advised German firms against investing and doing business in the country.