The German government is attempting to contact the two German nationals, who have been arrested for what appear to be political reasons. Germany's Left party has urged Berlin to issue a travel warning for Turkey. 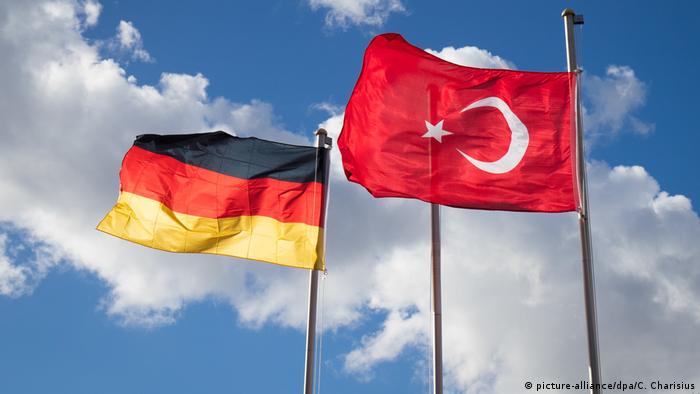 The German consulate in Izmir has been informed of the arrest of the two Germans, the Foreign Ministry said in Berlin on Friday. The airport police in Antalya later confirmed that the arrests had taken place the day before.

"We have to assume that the arrests could be politically motivated," Foreign Ministry spokeswoman Maria Adebahr said.

The two people who have been detained hold German passports only. The German government is trying to establish contact with the detainees in order to provide consular services.

Germany and Turkey are locked into a diplomatic dispute over the ongoing Turkish crackdown on reporters, security forces and the judiciary following the failed coup attempt last summer.

The German Left party slammed the German government over the latest arrests. Chancellor Angela Merkel and Foreign Minister Sigmar Gabriel were jeopardizing the safety of German citizens, said lawmaker Sevim Dagdelen. The leftist politician also urged the German Foreign Ministry to issue a travel warning for people who intend to visit Turkey. Dagdelen, who was born to a Kurdish family, decried Turkish President Recep Tayyip Erdogan as a "hostage-taker."

German Chancellor Angela Merkel has said that under the circumstances, she did not think it appropriate to further discussions with Ankara about its participation in a European Union customs union.

"We must react decisively," Merkel told a business event in the Bavarian city of Nuremberg, adding that it was "perhaps necessary to rethink" relations with Ankara.

Turkey and the EU have been discussing an expanded customs union, but talks began to slow after Erdogan's crackdown following the failed coup attempt. In December, EU member states agreed that no new chapters relating to Turkey's accession into the EU would be opened until Ankara reversed course.

"I, and we as the German government, do not think that we'll be able, in the coming months, to give a mandate to speak about the customs union as long as the situation remains as it is," Merkel said in a press conference in Berlin on Wednesday.