German Chancellor Merkel has called for a rethink of Berlin’s attitude towards Ankara after Turkey detained two more German citizens. Relations between the countries have been deteriorating since the failed 2016 coup. 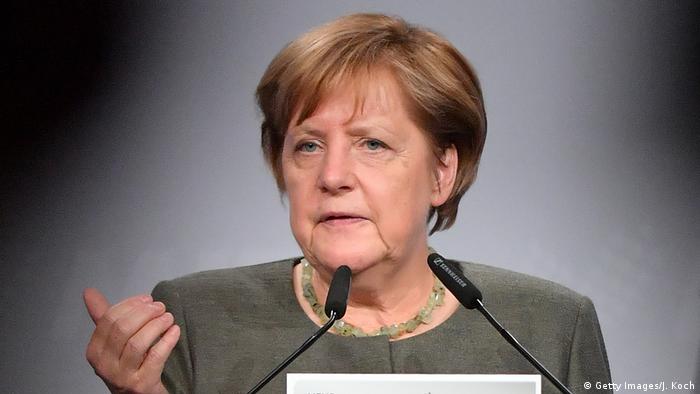 There is "no legal basis" for detention in most of these cases, Merkel said, referring to the two Germans arrested on Thursday in Turkey, bringing the total number of German citizens detained in the country for political reasons to 12.

"That's why we need to react decisively here," she said, adding that the government would "perhaps have to rethink" its relations with Turkey.

Merkel said Germany had already "significantly revamped" its ties with Ankara, but that the latest events meant "perhaps it is necessary to rethink them ever further," adding that there would be no further talks about Ankara's participation in an EU customs union until the current situation is resolved.

"Our demands to Turkey are very clear," German government spokesman Steffen Seibert said. "We expect Turkey to release the German nationals who were arrested on unjustifiable grounds."

Relations between the NATO allies have been frayed since Berlin criticized Ankara over the crackdown that followed last year's failed coup attempt.

The arrest of the two Germans on Thursday brings to 55 the number of Germans detained in Turkey, 12 of whom are being detained for political reasons and four of these have dual German-Turkish citizenship - including the German-Turkish journalist Deniz Yucel, now 200 days in detention - the German Foreign Ministry said.

Turkey's state-run Anadolu Agency reported that two German citizens of Turkish origin had been detained at Antalya Airport for alleged links to the network of US-based cleric Fethullah Gulen, whom Ankara has accused of organizing last year's attempted coup.

German news weekly Der Spiegel reported on Saturday that Turkey formally requested Berlin shut down the bank accounts of alleged Gülen supporters. The request was part of an unsuccessful diplomatic effort on Turkey's behalf to encourage Germany to deport and crack down on supporters of the loose-knit organization.

Germany has not officially been informed of the two new detentions, which took place at Antalya Airport on Thursday.

"We're trying to establish what they are charged with," said Adebahr said. "We must assume that it's a political charge, suspicion of terrorism, as with the others."

Diplomats had not been able to contact them, she added, with Friday's public holiday celebrating the Muslim festival of Eid al-Adha a possible reason for delays in contacting officials.

Social Democrat Martin Schulz, Merkel's main challenger in the September 24 elections, on Friday said more measures were needed to make clear Germany's ire with Turkey over the detainments, adding that a formal warning against travel to Turkey would be one possible step.

Cem Ozdemir, one of the leaders of the Green party, told Bild newspaper he could no longer assure anyone they would be safe in Turkey. "Erdogan is no president, but a hostage-taker," Ozdemir told the daily newspaper Bild.

Following the arrest of human rights activist Peter Steudtner earlier this year, Berlin promised measures to impact tourism and investment in Turkey and a full "overhaul" of relations.

Turkish President Recep Tayyip Erdogan in August called on ethnic Turks in Germany to vote for Schultz in the elections, then said they should not support any of Germany's main parties.

Mayor Melih Gokcek has accused German politician Cem Özdemir of being an "Armenian servant" and traitor. Özdemir, the son of Turkish immigrants, has been highly critical of the government in Ankara. (19.08.2017)