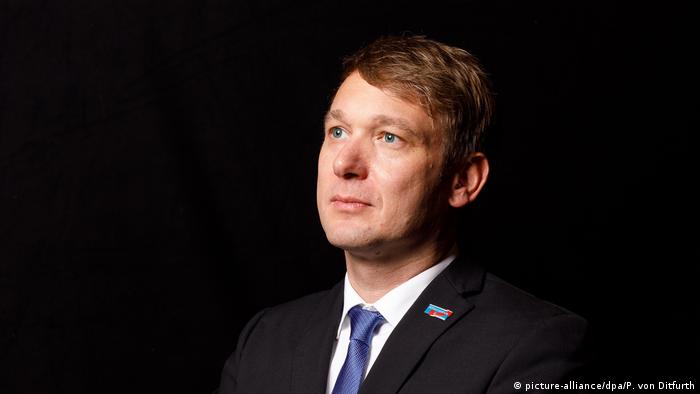 The far-right Alternative for Germany (AfD) party announced Thursday that a high-profile regional leader will resign from his post at the end of March.

Andre Poggenburg is the head of the party in the eastern state of Saxony-Anhalt. He prompted an outcry in mid-February after describing people of Turkish origin in Germany as "camel drivers" and "caraway seed traders" in a speech to AfD supporters.

Notoriety: In his speech, Poggenburg was responding to Turkish-German community leaders who had objected to government plans to include the word "Heimat" in the official name of the Interior Ministry. Poggenburg dismissed media criticism against him as a "smear campaign."

Electoral winner: Poggenburg led the Saxony-Anhalt AfD to a landmark victory in regional elections in 2016. The party entered the regional parliament for the first time after receiving just over 24 percent of the vote. Chancellor Angela Merkel's Christian Democratic Party (CDU) was the only party that did better, winning just under 30 percent of the vote.

Internal turmoil: The AfD in Saxony-Anhalt has been plagued by internal disagreements and power struggles in the past year. Three lawmakers left the AfD in the Saxony-Anhalt parliament in 2017 in response to what they said was a "swing to the right" within the regional party.