A deeper look at Germany′s new Interior and Heimat Ministry | Germany | News and in-depth reporting from Berlin and beyond | DW | 12.02.2018

Germany's Interior Ministry is soon to be called the Interior, Construction and Heimat Ministry — giving it a more patriotic air. But what does the new moniker mean? And what policy areas will it be responsible for? 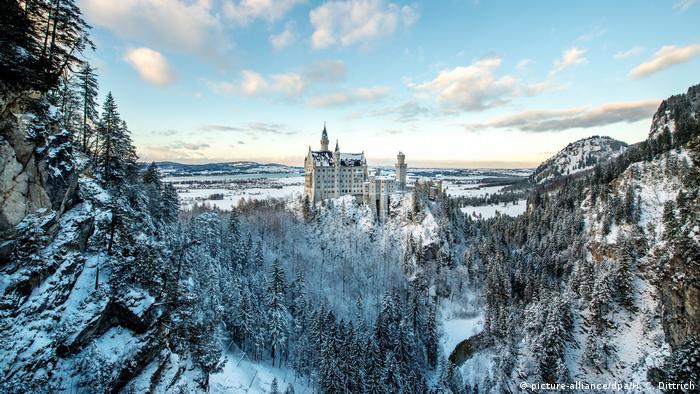 The tortuously negotiated coalition contract that was finally sealed last week is being read mainly as a victory for Germany's center left, but it contained at least one important concession to the conservatives.

"Heimat" will be a challenge for official translators when the government gets round to changing the ministry's English website. The closest equivalent, "homeland," is unsatisfying as it lacks the emotive connotations: Heimat is a word that is meant to do more than just denote territorial integrity — it evokes a sense of place and homeliness. Certain landscapes, certain foods or certain traditional clothing might be associations for nationalistically minded Germans when they hear Heimat. It is a word that is supposed to swell the German heart.

This week, Senegal-born SPD Bundestag deputy Karamba Diaby took to public broadcaster Deutschlandfunk to defend the ministry's new remit, saying it was meant to be "inclusive" and that he understood Heimat to include the ideas of "respect, tolerance and participation."

But the German-Turkish community organization TGD suggested that the word was a dog whistle for the far right. "We're afraid that it won't promote solidarity and community, but marginalization and division," Gokay Sofuoglu, the TGD's chairman, told the Berliner Zeitung. 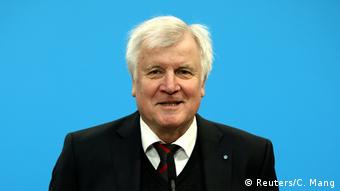 The word used to have darker connotations, and it was likely to make Germans of the postwar generations roll their eyes. The Nazi regime linked Heimat to the nation state, which meant that many politicians avoided the word — along with its adjective derivation, "heimisch" — after World War II.

Recently, however, Heimat has been redeployed. The far-right Alternative for Germany (AfD), which began in 2013, has used the word prominently in campaigns. But the mainly left-wing Greens have also used it — most notably last September, after the AfD won enough votes to enter the Bundestag — when leader Katrin Göring-Eckardt told a party conference: "We love this country, this is our Heimat, and this Heimat won't be divided."

That did not sit well with the party's youth movement, the Grüne Jugend, who tweeted two days later that the term was "discriminatory," and "that's why it is no good for fighting right-wing ideology. Solidarity not Heimat!"

Not that that stopped President Frank-Walter Steinmeier from expressing his own Heimat feelings at a ceremony celebrating German reunification on October 3. In his speech, the president said many people could not understand today's world and yearned for Heimat, which he helpfully defined as: "To understand and be understood, that is Heimat. Heimat is the place where we find our meaning." 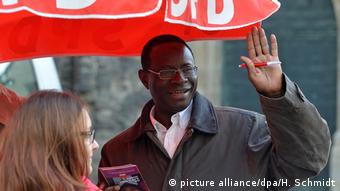 Now that there is going to be a Heimat Ministry, politicians may need to find a more precise definition. On Monday, Interior Ministry spokesman Johannes Dimroth was unable to say which policy areas the new remit covered, saying only that it wouldn't have anything specifically to do with the closest US equivalent, "homeland security." (The Interior Ministry is already responsible for all federal security forces, including the federal police and the domestic intelligence agency, the BfV.)

Two German states already have ministries whose titles include the word: Bavaria's Finance, Regional Development and Heimat Ministry and North Rhine-Westphalia's Heimat, Local Council, Construction and Equality Ministry. Bavaria, which will supply Germany's future federal Heimat minister in the shape of CSU leader Horst Seehofer, produces an annual "Heimat Report," which includes its own definition of the word. "Heimat means: being at home, staying at home and feeling at home."

More specifically, the main focus of Bavaria's "Heimat strategy" is encouraging job growth and infrastructure development in the state's rural areas. "The aim of the work in the Heimat Ministry is to avoid a Bavaria of two speeds," the ministry informed DW in a statement.

The pillars of this strategy include ensuring that public money is proportionally invested in rural areas (with specific focus on economically weaker regions), broadband internet development across the state, and the decentralization of local authorities. Another of the ministry's tasks is "promoting regional identity" by giving out "Heimat awards" to "local voluntary organizations that preserve regional art, culture, traditions and customs."

Although the CSU did not respond to a request for comment about how it intends to transfer that model to the federal level, it seems clear that conservative politicians are hoping that the new Interior, Construction and Heimat Ministry will play well with rural voters who might otherwise be attracted to the AfD's right-wing populism. At least that seemed to be the thinking of Thuringia's CDU parliamentary leader Mike Mohring, who called for a federal Heimat Minstry last year because "it would be a good answer to the concerns of people in the East and West who feel left behind."

German Chancellor Angela Merkel has defended her party's concessions during coalition talks as "painful" but "acceptable." The chancellor also brushed off criticism that she is losing authority among conservatives. (11.02.2018)