Chancellor Angela Merkel is likely to be the only person in her next cabinet who grew up in the former GDR. East Germans are consistently under-represented at the elite level of German political life.

Forty-eight hours after Germany's big centrist parties finally hammered out their long coalition contract, several German politicians and news outlets have noticed that the names on the list of potential cabinet members included only one from the former East Germany (GDR): Angela Merkel (and even she was not actually born there).

There were sharp voices of concern, especially from eastern Germans in junior coalition partners the Social Democratic Party (SPD). "An East German must be represented in the cabinet," demanded Manuela Schwesig (born in Frankfurt an der Oder on the Polish border). The former SPD family minister was born and raised in the GDR and is now state premier of Mecklenburg Western-Pomerania, a federal state formerly in East Germany.

The Saxony Integration Minister Petra Köpping was even more forthright, telling Der Spiegel, "I am horrified that there will be no East German in the cabinet."

The Left party's charismatic veteran Gregor Gysi, an East Berliner whose political career began under the communist regime, compared the cabinet to Germany's top courts (where East Germans are also under-represented). "Maybe someone will realize at some point that the East does belong to Germany after all," he told Der Spiegel.

Read more: Berlin Wall now gone for as long as it stood

Members of Merkel's conservative Christian Democratic Union (CDU) also expressed concern, while the Left party leader Katja Kipping reiterated her party's call for an East Germany ministry, and said the grand coalition contract agreed on Wednesday did nothing for people living in the former East.

"There is no plan for salaries in the former East to be equal to those in the West, no end to discrimination, no justice in the GDR pensions," she told news agency AFP.

"It's still a debate in Germany because the expectation that the process of nation-building — which hasn't yet really finished in other countries, like Poland, Czech Republic, and Slovakia — would be finished in Germany much sooner, and that was a mistake," said Gero Neugebauer, a Berlin-based political scientist who spent his childhood in East Germany before moving to the West in 1957.

The Berlin Wall: A deadly divide

"That mistake is founded on the assumption that institutional reunification and having the same economic and financial order would bring the other processes along with it," Neugebauer told DW. "But in eastern Germany people don't see themselves as being treated equally."

That sense of inequality was reiterated last November by Thomas Krüger, head of Germany's Federal Agency for Civic Education (bpb), said, "The domination of West Germans in the elite is still felt as cultural colonialism." A 2016 study commissioned by public broadcaster MDR found that there were fewer leaders of East German origin in the five former East German state governments in 2016 than there had been in 2004 — with the proportion sinking from 75 percent to 70 percent.

Read more: In Görlitz, fear and understanding after AfD win 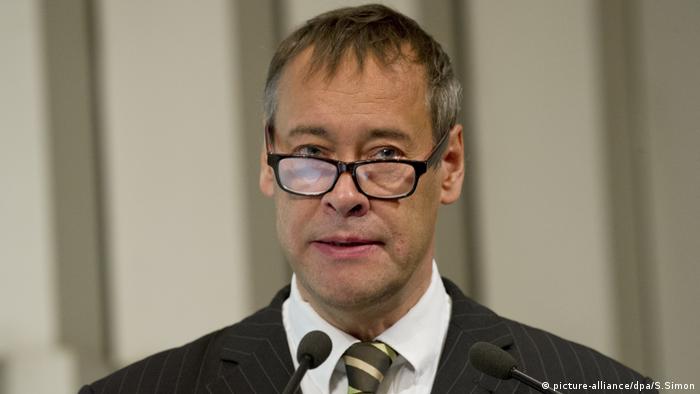 The continued inequality between East and West can hardly be checked by personnel shuffles in the cabinet, and anyway, that problem is not necessarily the government's. "If Ms Schwesig wants more East Germans she needs to address her party, not the public," said Neugebauer.

Eastern German CDU Bundestag member Marco Wanderwitz admitted to Der Spiegel that there was a dearth in talent. "The best horse in our stable was [Interior Minister] Thomas de Maiziere — at the moment we don't have anything to offer at that level," he said.

The draft of the coalition contract agreed on Wednesday declares that "we recognize the special challenges in East Germany as a task for the whole of Germany," and CDU Saxony state premier Michael Kretschmer claimed that "no coalition contract that I can remember has accommodated East German interests more than this one."

But Neugebauer doubts whether certain measures in the contract that might benefit people in the East more — such as programs to help the long-term unemployed back to work - will be perceived as such by the wider public.

The right-wing AfD has entered Germany's parliament for the first time in September's election. It came in second strongest party in its stronghold of Pasewalk, which locals say is a 'victim of German reunification.' (27.09.2017)

The Christian Democrat premier of Saxony, Stanislaw Tillich, has resigned after an embarrassing showing by his party in last month's general election. The party came second to the far-right Alternative for Germany. (18.10.2017)

Merkel's cabinet takes shape - who's in and out at Germany's ministries

Reaching agreement on who should run particular ministries is one of the headaches that make coalition talks so long and torturous. Angela Merkel’s Christian Democrats have had to make considerable concessions. (09.02.2018)