How artists in eastern Germany fight the rise of the far-right | Culture | Arts, music and lifestyle reporting from Germany | DW | 29.09.2017

The far-right AfD party did astonishingly well in the state of Saxony. In cities like Pirna and Görlitz, theaters and orchestras use art to combat the populist party, teaching children and teens about tolerance. 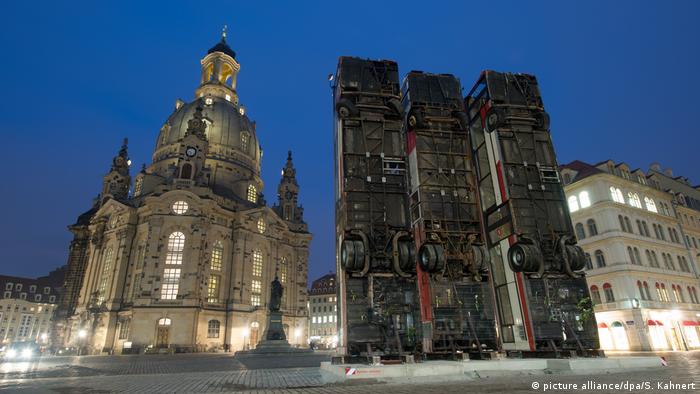 That the far-right Alternative for Germany (AfD) party did well during the federal elections in Pirna, Saxony comes as no surprise to Jutta Böhmer of "Theatermacher," a theatrical-learning center, which has been engaged with social issues in the city since 2010.

The party, which had already seen success in regional elections, gained more than 20 percent of the vote in Saxony-Anhalt and Mecklenburg-Western Pomerania.

Read more: Are there any 'hot' cultural policy issues in the German election campaign?

"The far-right NPD (National Democratic Party of Germany) was strong here as well, and then the whole thing with PEGIDA happened," Böhmer said.

"All of us here are very concerned about the poor performance of the SPD (Social Democratic Party) and CDU (Christian Democratic Union)," Böhmer remarked.

Few refugees and many concerns

With 39,000 inhabitants, Pirna is part of constituency number 158 in a region known as Saxony Switzerland in the Ore Mountains. The town is the gateway to the picturesque Elbe valley between Dresden and Elbe Sandstone Mountains.

Locals are afraid of newcomers from other cultures, especially refugees. "We are aware of this, of course, and we've brought the refugee topic into our theater so it can be discussed here," said Böhmer.

The theater focuses mainly on educating children from deprived areas but also kids from refugee families. "This way, we can exchange ideas and develop an understanding. The kids then bring the attitudes to their families and the city," Böhmer explained. 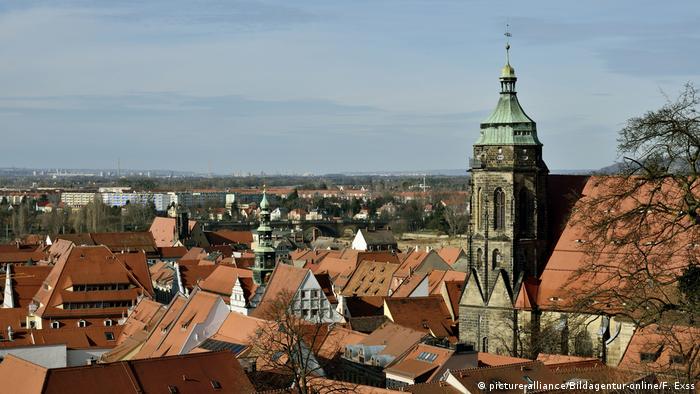 The city of Pirna in Saxony

The Dresdner Sinfoniker orchestra is also engaged with younger musicians in an attempt to counteract the right-wing populist AfD in Saxony.

As a child, director Markus Rindt fled as a youth from the German Democratic Republic (GDR) to West Germany and later returned to Dresden as a successful musician. He knows from experience how important early contact to foreign cultures can be to a child or young person. "I grew up in East Germany and almost didn't get out of this country. We did not have contact with the world, with people living in other countries or migrants." 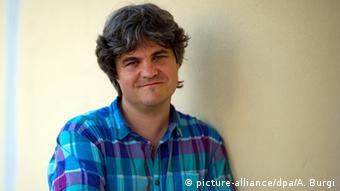 It is difficult for the adults who have already embedded themselves into the world image of the AfD to be inspired by music from other parts of the world. This also the reason the symphony hasn't managed to become an internationally renowned orchestra, believes Rindt.

"I think it is very important to reach young people, and it is very difficult to reach these people who are part of the AfD or PEGIDA supporters through our cultural projects. They simply don't come to our concerts," he says.

Rindt continues to try nonetheless. He has developed school projects that aim to integrate children from all political and social groups, but ran into obstacles when the parents realized that an international orchestra would accompany the students. "There were some children, obviously from PEGIDA parents who were then forbidden to participate." But the story has a happy ending: "In the end, we managed to involve them and inspire the entire class through this multicultural orchestral project."

A message of tolerance in Gölitz 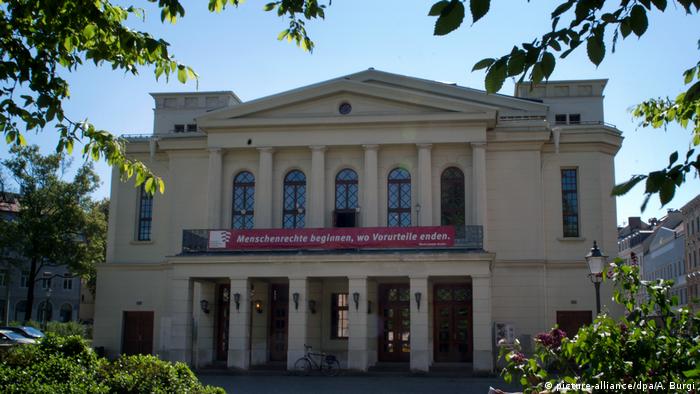 The Gerhart-Hauptmann-Theater in Görlitz promotes tolerance

The situation is similar farther east in Görlitz, a town that lies directly at the border of Czech Republic, Poland and Germany. Out of a population of 55,000 people, only 1,400 are refugees. Here, the AfD took 33% of the vote. Culture is an important aspect of the everyday life, and numerous events attract visitors to the German easternmost city. In addition to many museums, the Gerhart-Hauptmann-Theater Görlitz-Zittau is a popular gathering place.

The theater, like many cultural institutions in Saxony, is supported by the Saxon Cultural Spaces law. The law, which obliges local governments to donate spaces and money to cultural activities, is not affected by the German federal government, so there is no fear that strong AfD could influence the allocation of the funds to these institutions – for now.

As Klaus Arauner, the general director of Gerhart-Hauptmann-Theater pointed out, if the right-wing populists gain more seats in the next state election, everything could change.

But money is not his main concern at the moment, he'd rather get more people back on board with their projects. 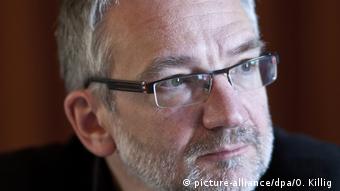 "Our core message revolves around humanity, tolerance, social justice and solidarity. That is something I can't find in the rhetoric of AfD, so every production in our theater defies the populists' beliefs. Perhaps, the message must be conveyed with more intensity," said Arauner.

Arauner feels this can be only done by investing money and energy into working with young people, so he places emphasis on putting concerts, new productions and stories that reference current events into the theater's performance schedule.

'We're all in the same boat'

In Rindt's hometown, Dresden, the population is about 542,000 people with 6.75 percent of them immigrants. Here, the AfD was the second-most popular party after the CDU.

As artistic director, Rindt sees himself as responsible for the community and not only the members of his orchestra.

Everyone working in art, whether in Görlitz, Prina or Dresden are all in the same boat. "As artists, we have to bring people from East Germany together with other cultures. we have to start mediation projects to reach children here in Dresden, especially those of far-right voters. If you don't go against it, it will only get worse."

Berlin 24/7: Breakdance as a symbol of freedom