Berlin 24/7: Breakdance as a symbol of freedom 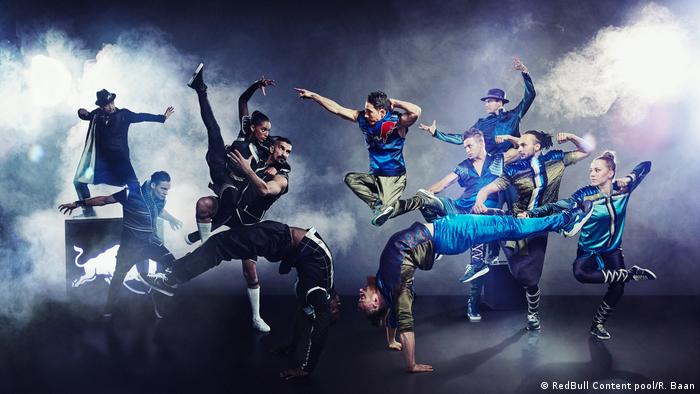 Forget walking on water, a feat ascribed to Jesus on the Sea of Galilee, the details of which anyone can check up on in the Bible.

Flying over the ground, lightning fast, with elegant movements – that is a totally new dimension. Flying Steps have mastered it.

Watching the young dancers spin across the dance floor, light as feathers, I felt that boisterous sense of freedom that has meanwhile become scarce in Berlin. The dancers are not simply liberated from the laws of gravity, but also from conventions and constraints.

Sure, Berlin's clubs, art galleries and theaters also have artistic freedom. But most of all, they take the liberty to hold open their hands for state subsidies and other privileges. Routine and torpor are often the price they pay.

The Flying Steps, on the other hand, do it on their own, throwing tolerance of artistic compromise to the wind, as well as tired complacency. 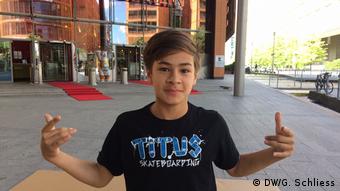 Adamant says it's cool to dance with the Flying Steps

At the beginning, about 25 years ago, all it took was a piece of cardboard, a boom box and a few dudes from the neighborhood to start the "battle." That was heaven on earth for Flying Steps founder Vartan Bassil and his friends.

It's hard to believe, but the unshackled spirit of the Berlin inner courtyard still comes across. It's noticeable in all my encounters with the Flying Steps, including with 13-year old Adamant Nithiprasoet, who beams at me when recounting how he practices with the Flying Steps three times a week. The contest of wills, trying out new moves – that is so cool, he says. 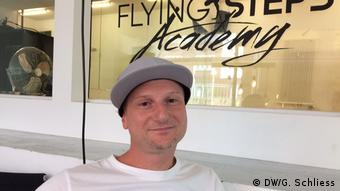 Even after all these years, Mikel admires the breakdance group's spirit

Adamant is happy to pose in what looks like a breakneck position for a photo for DW. Later, I watch the teenager challenge an older boy during practice. "They're really giving each other attitude," says Michael Rosemann, aka Mikel, who has been with the breakdance group almost from the start, and is responsible for training dancers at the academy. "Wow," he breathes, as the taller boy suddenly makes a special power move.

There it is again, that sense of freedom via dance. Apart from a few basic steps, every dancer is free to find his own style. "We always enjoyed that, and it's the reason why breakdance has developed over the past 25 years," says Mikel, who is energized like a teenager.

I'd call it the Berlin Freestyle variety of breakdance.

The breakdancers have ambitious plans for the future.

For four weeks in May 2018, the breakdance company will be performing at Berlin's Theater am Potsdamer Platz. They are also booked for Brazil's Musica em Trancoso music festival.

The Flying Steps also have a dream; they would love to go to Las Vegas in the United States, the country where breakdance was born, to prove who is really running the breakdance show: the Berliners of course!

The academy in Berlin's Kreuzberg district currently teaches about 1,200 students, and it continues to expand and build new practice halls. The Flying Steps quickly dismissed any thought of turning to the Berlin government for financial aid, however. They would rather be independent, and dance to their own tune rather than to the tune of Berlin bureaucrats. 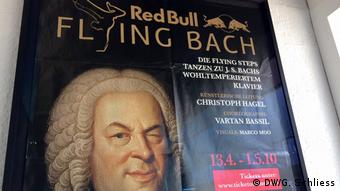 A glimpse through the glass walls of the practice halls shows how the young dancers draw each other out, their body language free and open. Recently, a father thanked him for "enabling his son to develop like this," Mikel says, adding that the father wasn't talking about athletics, but the boy's newfound attitude to life – a change that touched the entire family.

I wonder: wouldn't it be nice if that worked for the city of Berlin? Using breakdance to awaken numb and frustrated Berliners from the realm of arts, culture and politics. Anyone can learn how to breakdance, says Mikel: "From a three-year-old to old age."

There is still hope for Berlin.

Hate shouldn't belong to Berlin's lifestyle, as it unfortunately often does. DW columnist Gero Schliess reacts to the attacks against the Volksbühne's new director, Chris Dercon – which he sees as the tip of the iceberg. (21.09.2017)

Berlin 24/7: Why I love summer in Berlin

Although many Berliners and institutions take a break during the summer, the cultural scene still has tons to offer. DW columnist Gero Schliess lists his favorite events. (27.08.2017)

Berlin 24/7: What's the currywurst cult all about?

Warning! This is not a tribute to currywurst. Even though Germany celebrates the Day of the Currywurst on September 4, DW's columnist Gero Schliess thinks it's wildly overrated. (03.09.2017)