AfD stronghold Pasewalk: Right-wing party makes gains with those who feel forgotten and frustrated | Germany | News and in-depth reporting from Berlin and beyond | DW | 27.09.2017

The right-wing AfD has entered Germany's parliament for the first time in September's election. It came in second strongest party in its stronghold of Pasewalk, which locals say is a 'victim of German reunification.' 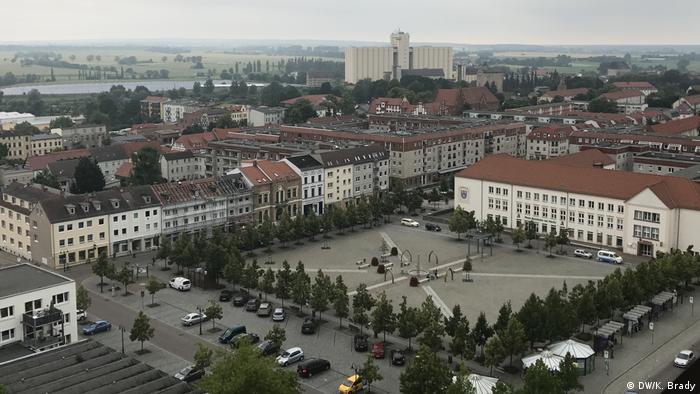 "A lot of foreigners, aren't there?" Ivonne Dittmann asked DW reporters when we came to the northeast German town ahead of the September 24 vote. The middle-aged woman stopped to speak to us as she walks her dog between the weed-ridden paving stones and potholes of Pasewalk's "Oststadt" estate.

There are currently between 50 and 60 refugees in Pasewalk. Asked what the problem is, she replies: "They get more support than us. Us Germans."

It is this attitude toward foreigners that has largely contributed to the success of the right-wing populist Alternative for Germany (AfD), both here in Pasewalk and also at a national level.

"I think they'll do more than the other parties, than the Social Democrats (SPD)," says Ivonne. "Merkel does nothing. Just makes up a few cool catchphrases." 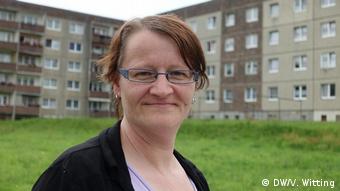 At first glance, Pasewalk could be mistaken for any other suburban German town.

Decorated with well-kept flower pots, the market square is overlooked to one side by the Pasewalk coat of arms – three red griffins' heads against a deep blue background – on the other, the St. Marien Church.

But look beyond the petunias and the town has a different story to tell than its pristine center. 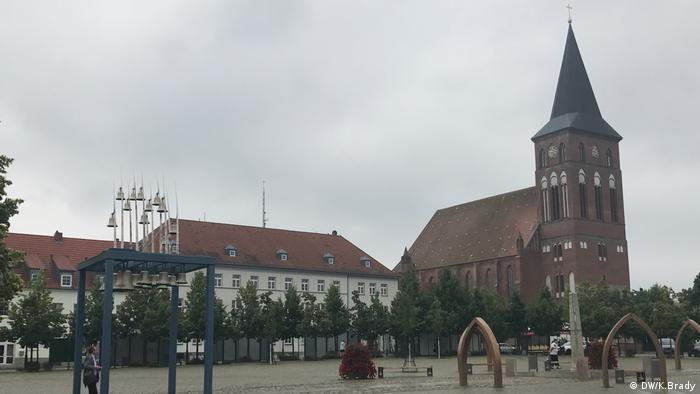 By the end of World War II, 85 percent of Pasewalk had been destroyed. After the Allies and the Soviet Union sliced up the forlorn gateau that was Germany after the fall of the Third Reich, any reconstruction that happened in this eastern corner was carried out by communist former East Germany, the GDR.

Read more:What you need to know about Germany's political parties

The result is a landscape of less-than-appealing prefabricated apartments, known in German as "Plattenbau" - the epitome of concrete flatpack architecture. The "Oststadt," where we meet Ivonne, is dank and desperate. Grey concrete apartment blocks appear cold and unwelcoming. The only color is provided by the odd bit of washing, pegged out to dry on the balcony. 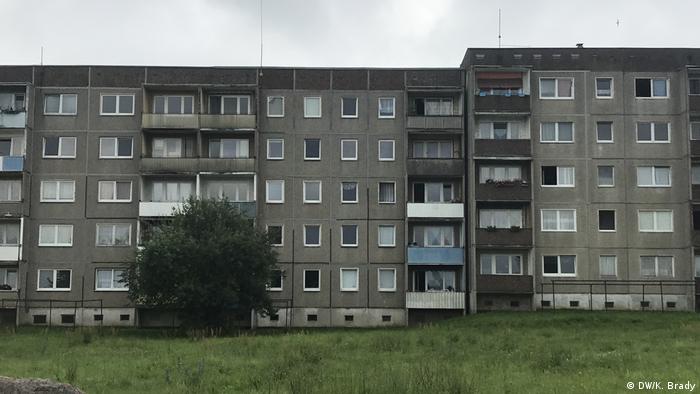 Holding the right-wing reins in Pasewalk is Jürgen Strohschein. In Mecklenburg-Western Pomerania's 2016 state election, Strohschein led the AfD to success. Across the entire state, the AfD won a huge 20.8 percent of the votes and Strohschein himself won the direct mandate for the constituency of "Vorpommern-Greifswald V." For 42 years, however, the 70-year-old was a member of Chancellor Angela Merkel's Christian Democrats (CDU). 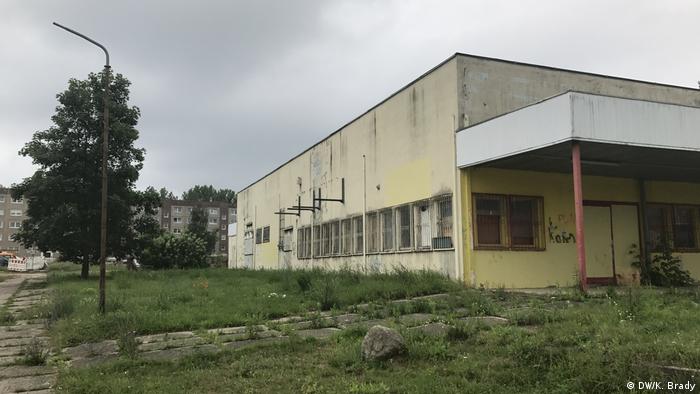 Now, with German society still divided over the arrival of some 1.5 million refugees in the last three years, Strohschein says he has "one thing to say" about Merkel's open-door asylum policy.

"They were looking for alternatives that we can now offer them politically," says the former member of the pro-business Free Democrats (FDP). Before German reunification in 1990, some 16,000 people lived in Pasewalk, just 30km from the Polish border. Twenty-seven years later, that number has fallen by a third, with 35 percent of the town's population now over 60 years old.

Read more: The dark side of German reunification

With the fall of the Wall, industry packed its bags and headed west. The well-educated followed suit. Left behind are the unemployed. At 12 percent, the unemploment rate in Pasewalk is more than twice Germany's national average. A quarter of the town's population no longer even has a vocational qualification.

For many of them, more than a quarter of a century later, reunification has left them feeling lost and forgotten by the state. They are the "Wende-Verlierer," the "losers of reunification." Many of them fell into depression or alcoholism.

'I'd have been dead'

But for a handful of those left with no prospects, an alternative has been provided by the Catholic aid organization, Caritas. At a timber yard, both men and women who have suffered from addiction or mental illness have the chance to rediscover a positive routine, a reason to get up on a morning. And in the long term perhaps find permanent work.

Among them is 45-year-old Torsten Krause who now works full-time as a supervisor at the yard.

"Without this I'd have been dead," he tells DW. "After reunification, I lost my job; I had some other work on and off. Then that dried up. I turned to alcohol. I lost my wife. My children." 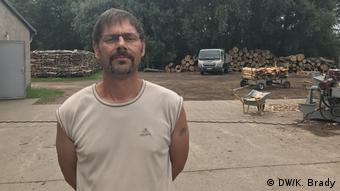 "It's a protest against Berlin," he explains the good showing of the AfD. "We need more retail. We need more possibilities to find work. We need a financial injection." 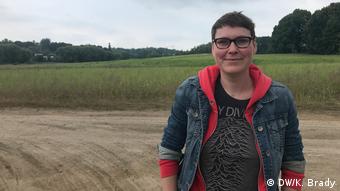 Caritas social worker Brit Buss says the success of the AfD in this corner of Germany comes from a mixture of "hopelessness, [the need for] simple solutions and people's well-being."

"There's still a bit of that GDR mentality, many factors play a role. And there are so few opportunities," she says.

But while opportunities remain thin on the ground for voters in Pasewalk, the AfD has seized its bid for political success, becoming the first far-right party to enter the German parliament since the end of World War II.