Berlin Wall now gone for as long as it stood

More than 28 years after the fall of the wall, stories are still emerging about East Berliners' attempts to flee across the border — with help from their western neighbors. Rachel Stewart reports from Berlin.

The Berlin Wall sliced up its city, dividing East from West, for 28 years, two months and 27 days. Monday marks a turning point: for the first time, the wall has been gone for as long as it stood.

Its construction in 1961, designed to stem the flow of East Germans fleeing over the Berlin border, forced would-be escapees to come up with more creative methods to make it to the West. Some enlisted the help of sympathetic West Berliners to try to cross over where nobody would see them: underground. 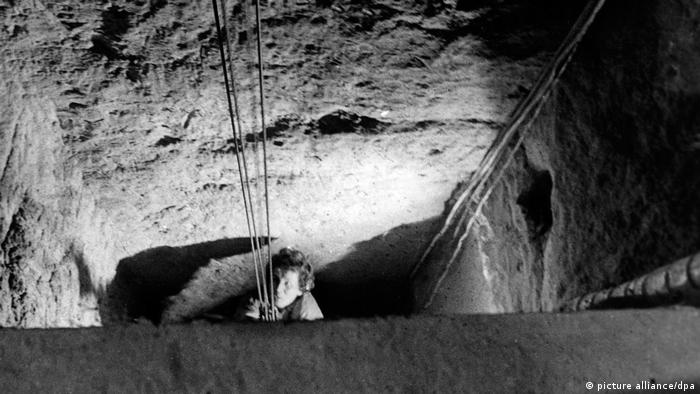 A woman emerges from an escape tunnel in West Berlin in 1964.

It is estimated that about 75 tunnels were dug underneath the Berlin Wall. An archaeologist recently found the entrance of one such tunnel near the city's Mauerpark. Its rediscovery has unearthed the story of a man whose committed opposition to the wall began with this underground passage to the East.

"You couldn't just shovel away at this kind of soil — you had to really scrape your way through," says Carl-Wolfgang Holzapfel. "That's what made it so difficult and frustrating. Sometimes you had the feeling you weren't getting anywhere at all."

In 1963, the then 19-year-old West Berliner, along with a group of friends, started burrowing underneath a disused warehouse in the Wedding district of the city. Their aim was to reach a basement 80 meters (262 feet) away, on the eastern side of the wall, so that Gerhard Weinstein, an acquaintance of Holzapfel's, could be reunited with his young daughter. 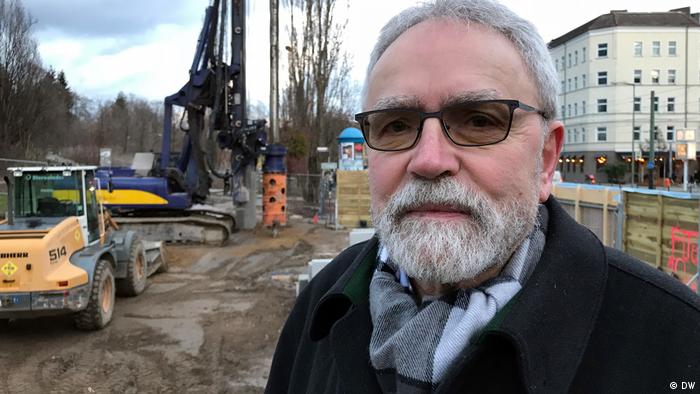 Carl-Wolfgang Holzapfel at the site where the western entrance to the tunnel has recently been rediscovered.

After four months of painstaking work, news of the group's endeavor reached the Stasi (the East German state security service). In total 21 people on the eastern side, who had been planning to escape via the tunnel, were detained. Holzapfel did not hear from them again.

It was a bitter disappointment, but 73-year-old Holzapfel insists his group's efforts were not entirely in vain.

"It was a reminder that there will always be people who will fight against injustice, and who will find ways to erode that injustice," he told DW.

Taking on the wall

For Holzapfel, the tunnel marked the beginning of a struggle that would last nearly three decades.

"At 17 I told myself: You're going to fight against this wall — because it is unjust — until you see it come down or until it outlives you," he recalls. 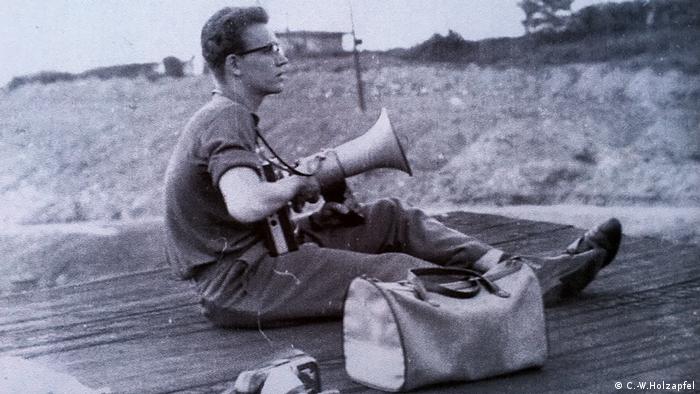 Berlin 1964: A young Carl-Wolfgang Holzapfel protests against the Berlin Wall

In 1965 he was arrested during a peaceful demonstration at the Berlin border crossing known as Checkpoint Charlie. He spent nine months in the infamous Stasi prison at Hohenschönhausen. After his release, he continued to protest and remained resolute in his conviction that he would see a reunified Germany again.

On the 28th anniversary of the wall being built, Holzapfel made perhaps his most symbolic act of protest.

"I thought: now I need to do something to clearly show the madness of dividing a city." 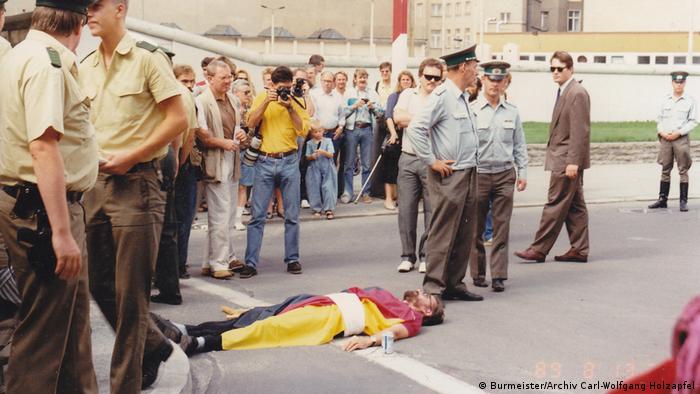 Bridging the East-West divide in an unconventional manner

Holzapfel draped himself in the German flag and tied a thick white band around his waist. As he lay down on the ground at Checkpoint Charlie — heart and head in the East, feet in the West — the white line marking the border appeared to run over his body.

"Just as I am obviously one body," he explains, "Berlin is a whole, and Germany is a whole."

Less than three months later, on November 9, 1989, the Berlin Wall fell. The next day, Holzapfel stood where East and West met at the city's Potsdamer Platz.

"I was in tears," he recalls. "There is nothing better — nothing will ever top that feeling."

Plans are in motion to preserve Holzapfel's escape tunnel and integrate it into the official Berlin Wall Memorial. For him, returning to the site of the tunnel's entrance has been a moving experience. "But it's not just my own story," he adds. "It's a piece of Berlin's history."