The 37-year-old had found the section in a wood in the northern part of the city in 1999. He has now made his discovery public to ensure officials preserve the historic site. 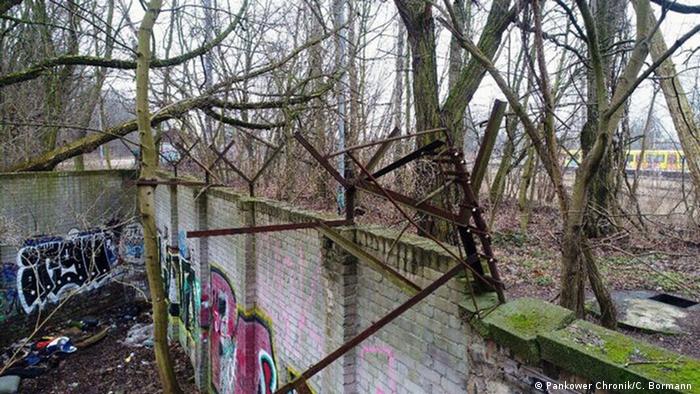 A 37-year-old man said Monday he had found an 80-meter-long section of the Berlin wall that local authorities were unaware of.

"According to my research, it is the last piece of the original wall," Christian Bormann told the Berliner Zeitung daily.

The local government office responsible for monuments apparently did not know about the existence of the section. Records showed the section had been registered as dismantled.

Bormann, a hobby historian, found the wall in Schönholz in the northern part of the city in 1999. He kept quiet about the discovery until Monday, when he decided to publish a post on his personal blog and contact local officials. Bormann said that he had observed storm damage at the site and was concerned about vandals, so he now felt compelled to inform authorities about the find.

Read more: David Hasselhoff calls on Germany to save the Berlin Wall

Bormann said the communist government in East Germany — officially known as the German Democratic Republic (GDR) — built the section during the first phase of construction.

The GDR closed the border to West Berlin and began assembling the wall on August 13, 1961 to separate East and West Berlin, which was controlled by West Germany.

Early sections of the wall included barbed wire and alarms and were relatively unfortified. But later additions, including armed guard towers, turned the border into what locals referred to as a "death strip."

Over a hundred people died trying to cross the heavily fortified border — a symbol of the East-West division of the Cold War — before it began to be taken down in November 1989.

The find impressed one politician: Arne Gericke, a Member of the European Parliament with the fringe party "Freie Wähler" (Free Voters), will visit Bormann on Thursday.

The politician from the former East Germany told the Berliner Zeitung that Bormann had made a "discovery of European significance."