Many tourists come to see the Berlin Wall and other places of the once-divided city. The infamous GDR police prison near Alexanderplatz will become another main attraction in the foreseeable future. 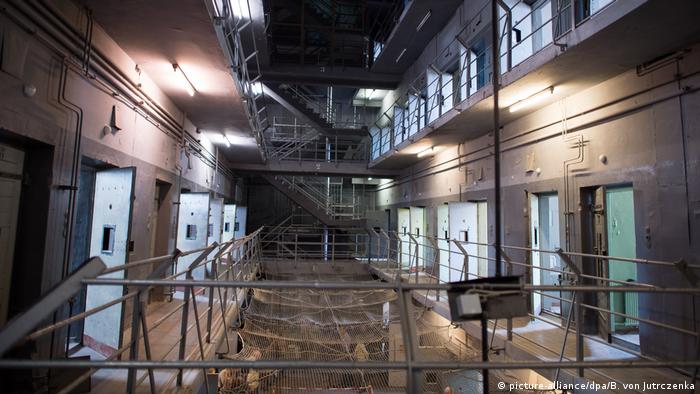 The state of Berlin approved on Thursday the motion to turn the only largely original GDR police prison on Berlin's Keibelstrasse near  Alexanderplatz into a memorial and educational site.

The first of seven floors will be opened by 2018. Preparatory work for the construction of the other floors is to be carried out in 2018 and 2019. Renovation of the building has to be planned according to requirements for historical monuments.

During the East German communist rule, the former central police headquarters with its prison wing was widely dreaded. In addition to criminals, numerous members of the opposition, critics, refugees and participants in banned protest rallies were imprisoned here. More than 600 prisoners from the Stasi prison in Hohenschönhausen are said to have been interrogated and detained during their detention in the Keibelstrasse prison.

The former prison has been vacant for about 20 years, but was usually closed to the public. Its transformation into a memorial had been disputed for years.

It is the longest open-air gallery in the world and is one of the best known tourist sights in Berlin: the East Side Gallery, a stretch of the former Berlin Wall which was painted on by some 120 artists. (14.08.2017)

East Germany made about 200,000 people into political prisoners. For the past 25 years, they have had the ability to sue for damages and have their criminal records expunged. Now an important deadline is approaching. (03.11.2017)