GDR′s victims continue fight for justice and recognition | Germany | News and in-depth reporting from Berlin and beyond | DW | 03.11.2017

East Germany made about 200,000 people into political prisoners. For the past 25 years, they have had the ability to sue for damages and have their criminal records expunged. Now an important deadline is approaching. 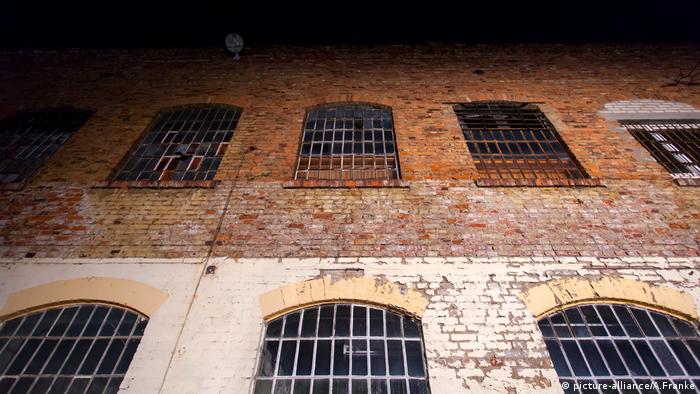 Shortly after the Berlin Wall fell in November 1989, Dieter Dombrowski headed to East Berlin from his home in the west. Formerly a citizen of the German Democratic Republic, Dombrowski walked straight to the GDR's Justice Ministry, about 400 meters (1,300 feet) past the Brandenburg Gate. "I went to the doorman and told him that I wanted to file paperwork to have my criminal record erased," Dombrowski, now a legislator for Chancellor Angela Merkel's Christian Democrats (CDU) in the state of Brandenburg, told DW. "Of course, he just looked at me with a blank face and I left empty-handed."

The conviction that Dombrowski sought to have erased was from 1974. At the time, the regional court in the city of Schwerin had sentenced him to four years in prison for "illegal border crossing" and "treasonous connections." Dombrowski had become a political prisoner of the GDR. He spent 20 months locked up, mainly at the Stasi prison in Cottbus. Eventually, the government of the Federal Republic of Germany paid a ransom for his release and he moved to West Berlin. 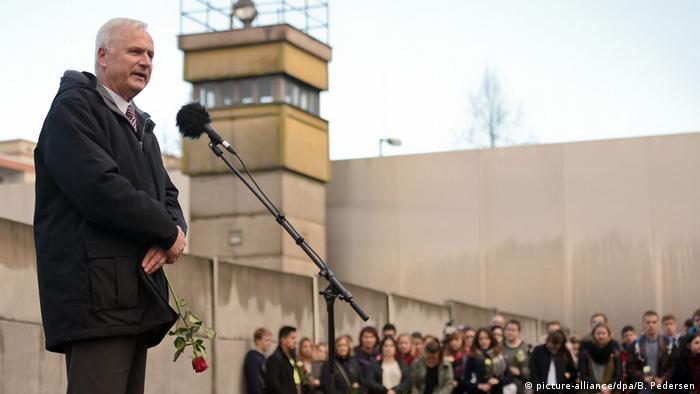 Dombrowski has dedicated decades to achieving justice for his former compatriots

On November 4, 1992, three years after Dombrowski's original attempt to expunge his record, a law to clear the books of injustices meted out by the GDR's Socialist Unity Party (SED) went into effect in the newly reunified Germany. That law made it possible for Dombrowski and 200,000 other GDR political prisoners to file appeals to have their criminal records wiped clean. In 1994, Dombrowski received a letter from Schwerin admitting that he had been innocent.

"Finally I had proof, in black and white, that I had been unjustly accused and convicted," Dombrowski said. "That was a relief, even though I knew I had done nothing wrong all along: I was unjustly convicted. That is why the clearing of that verdict was so important to me."

As chairman of Germany's Union of the Associations of the Victims of Communist Tyranny (UOKG), Dombrowski has dedicated himself to fighting for the rights of people who suffered similar fates. About 40,000 survivors of the GDR's security state who make less than €1,035 a month receive a monthly disbursement of €300 ($350) that has become known as the victims' pension.

Dombrowski earns too much to receive the payment. He said he could never be compensated for the time he spent in the 40-square-meter (430-square-foot) cell he shared with 27 other prisoners and the harassment he endured from guards, but he said it meant something to have the injustice acknowledged.

"Many of those who were politically persecuted were totally limited in their careers," Dombrowski said. "They were cast out of society and never managed to get back on their feet."

People who seek the UOKG's help often find their way to the lawyer Benjamin Baumgart. New victims continue to approach him 28 years after the Wall fell. "Many people don't begin to deal with their past until they retire," Baumgart told DW. "They worked, they raised their children, and at some point the whole thing just goes 'click.' Then everything starts coming back. Many suddenly become psychologically ill."

If that illness is a result of time in prison, victims of the GDR's government have the right to sue for damages. "But that is a very tough road," Baumgart said. "They have to sit down in a very tiny room for an assessment and the atmosphere is a lot like an interrogation. The situation can trigger re-traumatization." It can take 10 years before a case is closed. "Some people get really terrified at the prospect of enduring such an ordeal," Baumgart said. "There are a number of ups and downs when it comes to dealing with GDR victims."

Dombrowski said he continued to struggle with the psychological effects of his time in prison. For that reason he is calling for the German government to erect a national monument for those who suffered injustice in the GDR. That would allow survivors the feeling that "people recognize me here, even if the injustice can never be erased — this is a place that I can go, and this is a place that recognizes my fate."

In addition to such public acknowledgment and social recognition for victims, Dombrowski wants the Bundestag to extend the law regarding compensation for the injustices committed by the SED. If it does not, claims for political persecution under the GDR will not be accepted after the end of 2019.