East Germans still victims of ′cultural colonialism′ by the West | Germany | News and in-depth reporting from Berlin and beyond | DW | 01.11.2017

East Germans still victims of 'cultural colonialism' by the West

The head of Germany's political education agency believes former East Germans still feel alienated from mainstream society. He argues that this leads many in the East to mistrust the government and even democracy. 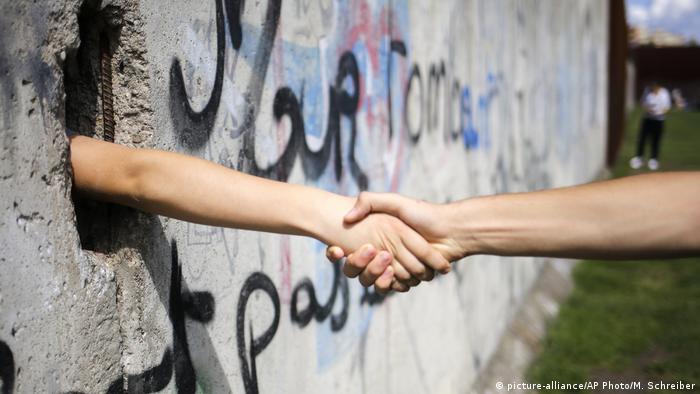 Twenty-seven years after Germany's reunification, the country's political institutions are still struggling to break down what Germans sometimes call "the Wall in the head," according to the leader of Germany's Federal Agency for Civic Education (bpb).

"The domination of West Germans in the elites is still felt as cultural colonialism," Thomas Krüger, the only former East German to head a government department not directly associated with East German affairs, told the daily Berliner Zeitung on Wednesday. "And that is a problem, yes."

The 58-year-old added that the fact that an East German, Angela Merkel, held the highest political position in the country only camouflaged the lack of East German representation in all levels of the government - even those in the former East Germany itself.

This, Krüger suggested, was contributing to growing alienation in states like Saxony and Thuringia towards state institutions and democracy itself. "The distance of the view from outside grows larger again if you add the under-representation of a certain group," he said. "There is simply a lack of translators of cultural differences. Then a positive appropriation of institutions becomes more difficult. By the way it affects immigrant groups in exactly the same way." 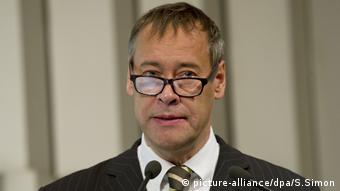 The lack of East German representation in politics was a problem, said Krüger

Krüger's theory is borne out by election results in the former communist German Democratic Republic (GDR), where parties critical of Germany's political and economic system have often done well. Until recently, the socialist Left party benefited from this, though at the last election in September, the far-right Alternative for Germany (AfD) became the second biggest party in the former East, with 21.9 percent of the vote, compared with 12.6 percent across the whole of Germany.

Gero Neugebauer, a Berlin-based political scientist who spent his childhood in East Germany before moving to the West in 1957, agreed with Krüger that there was "a lack of acceptance, and the consequent recognition of cultural differences - and that particularly affects former GDR citizens." He added, however, it was not "the translation of cultural differences" that was needed, but their "removal."

"That is more than a generational task, and just as coming from a socially weaker class can often be an obstacle to social climbing, coming from the GDR can often be an obstacle to reaching certain positions," Neugebauer added. Following reunification, he noticed that many West Germans were given academic positions in East Germany - even those not connected with political science.

Little surprise, then, that a 2016 study by the University of Leipzig showed that East Germans were still under-represented in eastern Germany's political and business leadership. The study, commissioned by public broadcaster MDR, found that there were fewer leaders of East German origin in the five East German state governments in 2016 than there had been in 2004 – with the proportion sinking from 75 percent to 70 percent.

Not only that, the section of East Germans heading East Germany's 100 biggest companies narrowed from 35.1 percent to 33.5 percent over the same period. Across the whole of Germany, only 1.7 percent of leadership positions in politics, business, or academia were occupied by people of East German origin in 2016.

Helping the East catch up

Krüger's comments have touched a political nerve too, as they come in the middle of new government coalition negotiations in which one of the prospective partners – the pro-business Free Democratic Party (FDP) – wants to abolish the "solidarity tax" at the earliest opportunity. 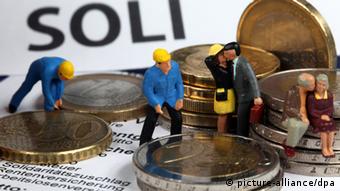 The solidarity tax was supposed to help East Germany

The tax, introduced in the wake of reunification specifically to boost the East German economy, has been a thorny fiscal issue for many years. The tax is worth 20 billion euros ($23 billion) to the German state every year, though it is not clear that all of this money is invested in eastern Germany. Nevertheless, Merkel's Christian Democratic Union (CDU) is in favor of phasing the tax out starting in 2020, while the other partner in the current talks, the Greens, are against abolishing the tax.

As if to offer a helpful reminder, eastern German government leaders sent Merkel a letter on Tuesday calling on her to keep the region's interests in mind as she sets up her fourth government. Written by outgoing Saxony State Premier Stanislaw Tillich on behalf of all five eastern German state leaders, the letter said the region still suffered from "near blanket structural weakness."

"An abrupt end of the structural support in eastern Germany would endanger the successes of the past," wrote Tillich, who announced his retirement two weeks ago. It called on the chancellor to make sure eastern Germany became better connected to rail and air transport links and mobile phone networks.

The letter also warned the chancellor that the region was in danger of falling into a "sandwich position," between the highly developed regions of western Germany and the EU-subsidized Eastern Europe.

Around 16 million of Germany's 83 million inhabitants currently live in the former East Germany. In the first 13 years after reunification, the East lost nearly 9 percent of its population, with western German states experiencing an increase. Though that effect has weakened in the past decade, eastern Germany is still seeing an overall population decline.

Teenagers in eastern Germany admit they hardly differ from their western contemporaries. Most of them say they want to go west when they've graduated. (01.10.2010)

Chancellor Merkel has cautioned Germans against playing the blame game over the success of the AfD party in last week's election. Support for the far-right populists was strongest in the former communist East. (30.09.2017)

"We wanted to transform East Germany“

He was a dedicated communist who chose to live in East Germany. He was a dissident and the regime revoked his citizenship. He talks about his break with communism and his conviction that you have to speak out. (11.11.2016)

Dresden police say they are prepared for troublemakers as the city hosts three days of events to remember German reunification in 1990. Veteran civil rights advocates say far-right extremism should not be underestimated. (01.10.2016)