Government-commissioned researchers have found that cultural holdovers from communism, and not just economic factors, encourage right-wing radicalism. But they also identified a pernicious western German influence. 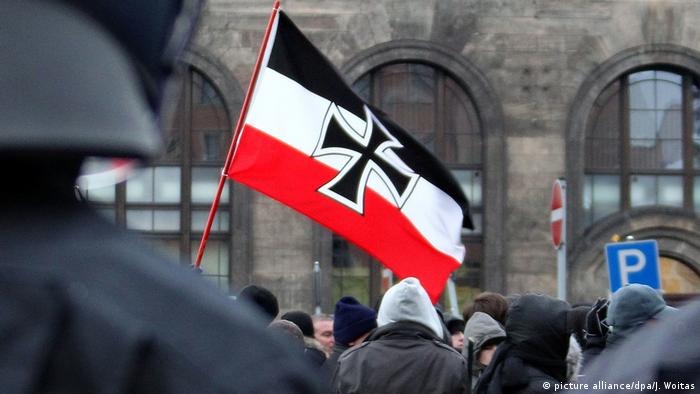 All the participants at the press conference in Berlin on Thursday, where the latest study on eastern Germany was unveiled, were at pains to stress that right-wing extremism and xenophobia were problems throughout the country. But no one was denying that people from the formerly communist East are far more prone to hold far-right views - and act violently upon them.

"The number of xenophobic and radical right-wing attacks in eastern Germany is distressing," Iris Gleicke, the government's commissioner for eastern Germany, stated right off the bat. "Without question there are also such attacks on foreigners in the west. But they are particularly frequent in the east."

The more than 200-page study was commissioned after the number of right-wing acts of violence in Germany jumped from 990 to 1,408 in 2015. It was carried out by the renowned Göttingen Institute for Democracy Studies at the behest of the Economy Ministry. But anyone expecting that the researchers would identify economic factors as the primary causes of right-wing radicalism was mistaken.

The study focuses on three locations in eastern Germany - two towns near Dresden and a district of Erfurt - with a particularly bad history of right-wing violence. And it directs attention squarely to cultural sources of far-right extremism. In a nutshell, researchers found that attitudes carried over from communist East Germany make today's eastern Germans far more likely to be virulently xenophobic. The report highlighted the prominence of the far right in Saxony

The legacy of communism

The report concludes that eastern Germans are socialized to have an "exaggerated need for harmony, 'purity' and order" as well as a "collective, overwhelmingly positive and ethnically pure identity."

It also highlights a "selective culture of memory," in which eastern Germans repress negative memories of the communist past, fail to come to terms with the legacy of Nazi anti-Semitism and tend to blame foreigners for social and economic problems. In the Dresden suburb of Freital, for instance, very few of the people the researchers interviewed remembered the "pogrom-esque" 1991 attacks on foreign workers' homes.

Communist East Germany, the study points out, was a relatively "closed" and "ethnically homogeneous" society. And those qualities still apply to reunified Germany in the east, which has far fewer migrants and ethnic-cultural diversity than the rest of the country. In areas that have struggled economically or have weak local government structures, closed culture not only encourages violence but makes people particular susceptible to the lure of populist movements.

The study blames the prevailing mentality in the state of Saxony for furthering provincial xenophobia - much to the ire of a couple of journalists from the region who accused the authors of "Saxony bashing." And co-author Michael Lühmann described the right-wing populist Alternative for Germany (AfD) party - which attracts up to three times the support in the east as in the west and which refused to cooperate in the study - as "part of the problem." 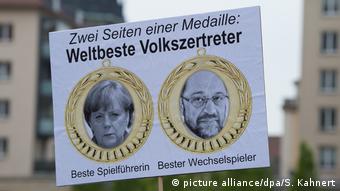 Gleicke and the authors agreed that the hard-line wing of the AfD appealed to right-wing extremists and is functioning as a political mouthpiece for reactionaries from the east.

"We can only say that they are very present and very strong and that on the central square in Erfurt, they attracted exactly the sort of people that we've tried to describe in this study and who represent the problem area," Lühmann told journalists.

Lühmann singled out as an example the controversial leader of the AfD in Thuringia, Björn Höcke, who has been accused of neo-Nazism. Höcke is from the west and moved to Thuringia, Saxony's neighbor, and the report did not fail to highlight the culpability of western German extremists in helping to "professionalize" their counterparts in the east.

"We shouldn't forget the transfer of ideas, elites and money from western German neo-Nazi circles into the east after [reunification in] 1990," said Lühmann, who hails from the eastern city of Leipzig. "That shouldn't be underestimated. Western Germans should be honest enough to admit that they played their part too. [AfD party leader] Alexander Gauland and Björn Höcke are western German imports who found fertile soil in certain parts of eastern Germany." 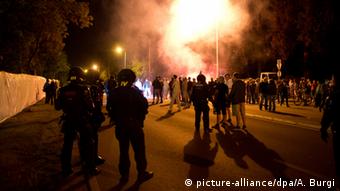 A threat to the east's future

The problem of right-wing extremism is nothing new. The phenomenon manifested itself almost immediately after Germany was reunified, and efforts to reduce radicalism in the east have rarely worked.

The new study, too, is longer on analysis of the causes of xenophobic violence than on suggestions for how to get rid of it. Gleicke said that the federal German government needed to offer more support to local institutions - everything from youth clubs to volunteer fire departments - as poles of resistance to extremism. The authors of the study stressed the need for education and the open discussion of radicalism and violence as social problems together with the promotion of positive examples of eastern German communities less susceptible to xenophobia.

Gleicke, who is also from the east, became emotional when describing the hate mail she receives accusing her of portraying her home area in a bad light.

"Who's showing whose home in a bad light?" she said. "Those who chase foreigners across the central square or those who say we have to do something to prevent that? Our own young people are running away from us because they're fed up."

It is unclear whether the study's recommendations can and will be translated into concrete action. But as Gleicke argued, attracting experts, who usually prefer open, tolerant societies, is crucial to success in the modern economy. Eastern Germany thus urgently needs to solve its right-wing extremism problem if it ever hopes to achieve a level of competitiveness and prosperity comparable to the West.