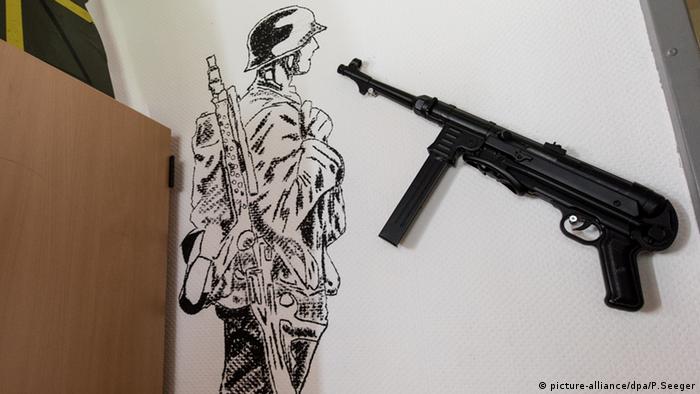 Ursula von der Leyen worked hard to take the initiative as she was being grilled by opposition politicians on the parliamentary defense committee on Wednesday.

The German defense minister announced plans for comprehensive reforms in the army to counter the problem of far-right extremism, after the discovery of what appeared to be a neo-Nazi terrorist cell in the organization that was plotting to assassinate senior government figures and lay the blame on asylum seekers.

The minister said that the Bundeswehr needed to improve its political education and provide a "faster and more efficient" way of reporting far-right incidents. Von der Leyen also said the Bundeswehr's "tradition decree" would be re-written before the fall. The decree, most recently updated in 1982, defines the shared values of German soldiers and regulates how the Bundeswehr deals with its Nazi past.

Three men, including two soldiers - Franco A. and Maximilian T. - have now been arrested in connection with a plot to carry out a "grave act of violence against the state." 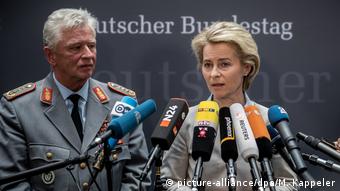 Prosecutors are investigating suspicions the two lieutenants were planning to assassinate senior members of government and direct the blame towards asylum seekers - Franco A. had posed as a Syrian refugee and been granted asylum.

Both had been brought to the attention of Germany's military intelligence agency (MAD) before for their extremist tendencies. In particular, Franco A.'s Master's thesis is said to have included obvious far-right ideology.

"Both were on the radar, both had been noticed, and with both [the authorities] ignored it," commented Rainer Arnold, chairman of the parliamentary defense committee and a member of the Social Democratic Party (SPD). "The fact that the MAD closes its files on far-right action, rather than looking closely at what people are doing, is a serious mistake," he told the DPA news agency.

Nazis in the military

Opposition politicians and activists are now queuing up, demanding to know exactly how deep far-right extremism is embedded in the Bundeswehr, and how much attention the MAD pays to it.

The Bundeswehr's most recent scandals and von der Leyen's responses

Not only were the two lieutenants, of the Illkirch barracks, situated in France, able to go un-investigated for a considerable time (the pair were only uncovered in February, when Franco A. was caught hiding a gun in a toilet at Vienna airport, Austria), they were able to steal and horde ammunition from Bundeswehr stock, which was found in the apartment of the third suspect and apparent accomplice, Mathias F., a student from Offenbach.

Suddenly prompted into action, Bundeswehr investigators have since found Nazi-era memorabilia in another barracks, in the southern town of Donaueschingen, and one former soldier and neo-Nazi, Christian Weissgerber, gave an interview to public broadcaster ARD on Wednesday in which he offered the alarming quote. "For me the Bundeswehr is so riddled with nationalist-conservative, racist people that it seems a little ridiculous that everyone is suddenly pretending this is something new," he said.

The Defense Ministry itself revealed in April that the MAD was currently investigating 275 soldiers suspected of carrying out "far-right actions" - which usually means spreading neo-Nazi propaganda or posting far-right comments on social media. Several were reported for giving a Hitler salute or shouting "Sieg Heil!" 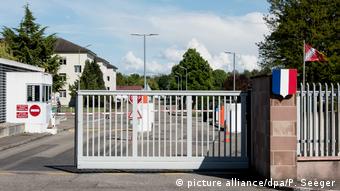 Franco A. was stationed in a barracks in Illkirch, close to the German-French border

The military's problems weren't helped by another revelation that emerged on Tuesday. Hendrik Rottmann, a MAD agent and Cologne city councilor representing the right-wing Alternative for Germany (AfD) party, was accused of using an old Nazi slogan on Twitter in January ("Deutschland erwache" - "Germany awaken" - originally favored by members of the SA in the Third Reich). Using such terms publicly is banned in Germany, and two Left party politicians have now pressed charges.

But von der Leyen has been under pressure from the military too. Her relations with the Bundeswehr were strained after a recent interview in which she complained of "misunderstood corps spirit" and "leadership failure" in the army.

Sebastian Schulte, defense analyst and Germany correspondent for the military magazine "Jane's Defence Weekly," says many in the military are "bewildered" by von der Leyen's handling of the affair.

"There has always been the issue of far-right people being drawn to the Bundeswehr - that is a problem that needs to be rooted out, no question," he said. "But I fail to see a systematic, deeply-rooted, anti-democratic, right-wing network within the Bundeswehr."

Instead, he argues that there has been a "hyper-sensitivity" to the issue following the revelations, "both in the media and from von der Leyen herself, which amplifies the problem."

"That is not how the Bundeswehr are used to being led," Schulte told DW. "The ideal of military leadership is to lead from the front - if you make a mistake, own it, and learn from it. Von der Leyen's leadership is increasingly seen as patronizing. She is supposed to stand for the Bundeswehr, but she is seen as being too quick to throw the whole organization under the bus."

Investigators have uncovered a display of helmets dating back to the Wehrmacht at a barracks in the town of Donaueschingen. The discovery adds another dark twist to the Bundeswehr's probe into far-right sympathizers. (07.05.2017)