Angela Merkel and CDU struggle to form ′Jamaica′ coalition | Germany | News and in-depth reporting from Berlin and beyond | DW | 30.10.2017

Four German political parties — the Christian Democrats, Christian Social Union, Free Democrats and Greens — are now in their third week of talks to form a government. They disagree about more things than they agree on. 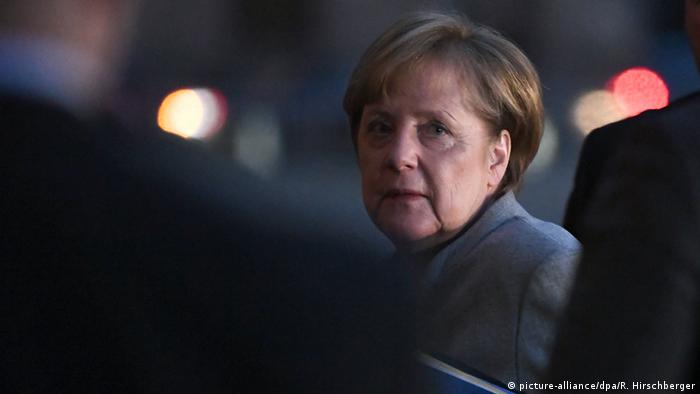 Monday — over a month after Germany's elections — marked the beginning of the third week of exploratory talks on the makeup of what would be Angela Merkel's fourth coalition government.

These talks are the informal precursor to the official coalition negotiations. In other words: As the chancellor and many other leading politicians had predicted, there is still a long way to go before she can sit at a table with her new cabinet and sign a coalition contract.

Germany is now outside its political comfort zone. Although a coalition of the Christian Democratic Union (CDU), the Bavarian Christian Social Union (CSU), the Free Democratic Party (FDP), and the Greens has been run more or less successfully at the state level once before, the Jamaica coalition — so named because of the parties' respective colors: black, yellow and green — has never been tried at the national level.

As various negotiators are finding out, forming a government is a whole other proposition when it comes to larger, country-defining topics such as climate change and refugee policy. "Now we've had one proper row, but that's what happens with issues like that," Greens leader Cem Özdemir said after a particularly acrimonious session last week.

As things stand, the list of agreements is significantly shorter than the list of disagreements. Here are the five main problems that need some serious horse-trading.

After years of considerable friction, the two leading conservative parties, the CDU and CSU, agreed to impose a "soft limit" on the number of asylum applicants that Germany would accept annually, even though this presents some considerable legal questions. The only trouble now is that both of the other potential coalition parties, the laissez-faire FDP and the Greens, are against such a limit. 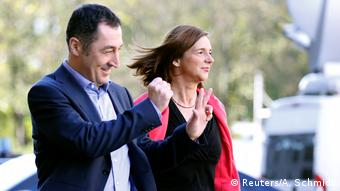 Then there's the perennially thorny issue of reuniting people who are granted "subsidiary protection" with their close relatives — allowing spouses, children or parents to fly in once an asylum request has been successful. The last German government, a coalition of the CDU/CSU and the Social Democrats, suspended reunifications until March 2018. Now, the CDU/CSU bloc seeks to extend that even further. The Greens want to do the exact opposite and lift the suspension entirely, while as a compromise the FDP has proposed a case-by-case assessment, with individual family members allowed to come to Germany in certain circumstances.

Energy policy was the main source of Özdemir's "proper row" last week. Though all parties have stated their commitment to Germany's climate goals (reducing CO2 emissions by 40 percent compared with their 1990 levels by 2020 — which the country is not even close to meeting), they have very different ideas about how to achieve that.

The Greens intend to shut down Germany's 20 dirtiest coal power stations (the lignite mines) as soon as possible and shift to 100 percent renewable energy by 2030; the FDP will only sign a new energy or climate policy that is "competitive." Another problem is that the CDU's chief negotiator on the topic, Armin Laschet, happens to be the state premier of North Rhine-Westphalia, which has a large concentration of lignite mines. The Greens insist that maintaining a healthy job market and switching to renewables are not mutually exclusive.

There is at least one thing that everyone can agree on: All four parties have pledged that Germany would remain part of the Paris climate agreement.

Social policy is to be a particular subject of discussion this week. On Monday, Jens Spahn, a young and fast-ascending CDU legislator, set out a plan to abolish the retirement age of 63. Though party officials deny a rift, the proposal is at apparent odds with Chancellor Merkel's stated pension policy. Spahn, who is currently state secretary in the Finance Ministry, is leading the CDU's finance policy negotiations, and thinks that pension money would be better invested in strengthening pensions for widows. 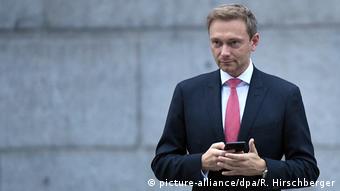 The Greens, on the other hand, have called for a major reform of Germany's pension policy to ensure that people who are on the margins of the labor market — the self-employed, people with state-sponsored "minijobs" and single parents, for example — are protected from continued poverty in old age. On top of that, the Greens want people who pay into the state system to be guaranteed a basic income when they retire.

The FDP, meanwhile, seeks to abolish any fixed retirement age and set pensions according to workers' age when they leave the labor force: the earlier they retire, the lower the payouts. According to the FDP, people who want to receive their full pensions should work longer.

The FDP is keen to loosen regulations, extend the maximum workweek to 48 hours, and get rid of protections for temporary and subcontracted workers. This directly contradicts the Greens' policy, which would grant temporary workers the same rights as permanent employees have and force employers to give concrete reasons as to why short-term contracts must be fixed at all. The Greens also want minijobs to be turned into regular jobs and the minimum wage to be raised to ensure a basic standard of living.

The CDU/CSU have not proposed any major changes to labor policy beyond a general aim of achieving full employment by 2025.

Once again, it's the Greens who are out to poop the party. Though the FDP and CDU/CSU are keen to drop any notion of a wealth tax, the Greens want that built in to the contract. Meanwhile, the center-right parties have also proposed abolishing the post-reunification "solidarity tax," which is meant to pay for investment in eastern Germany. The Greens are ambivalent on that issue.

The Green party has called for two vice chancellors as a condition for taking part in a three-way coalition government. Chancellor Angela Merkel's CDU continues talks with the Greens and the Free Democrats this week. (23.10.2017)

The people wanted something new and that's what they'll get. Currently being negotiated in Berlin, the next government would take the country into uncharted waters. And that's a good thing, says DW's Jefferson Chase. (18.10.2017)

Angela Merkel's conservative bloc has begun talks on forging a three-way coalition. During the negotiations, all parties will have to find common ground on a slew of divisive issues, from immigration to climate policy. (18.10.2017)