Angela Merkel's coalition talks for next German government: what you need to know

Chancellor Merkel faces a historic task in forging a "Jamaica coalition" of the conservatives, Free Democrats and Greens. The parties have a long way to go to bridge their differences, and have no option but to succeed. 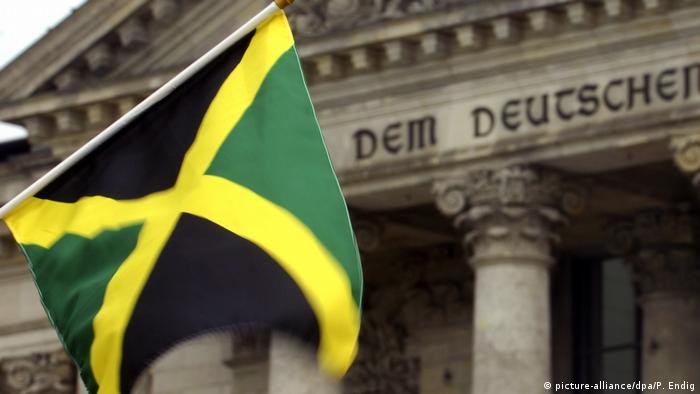 Wednesday, October 18 sees Germany enter uncharted territory with the start of negotiations toward the first-ever coalition between conservatives, the Free Democrats (FDP) and the Greens. Nicknamed a Jamaica coalition because the party colors correspond to those of the Jamaican flag, it won’t be easy to forge a stable alliance, but Germany and Chancellor Angela Merkel have no other attractive alternatives.

Merkel has said the deal will take weeks to hammer out, and it’s easy to see why. The free-market, small-government FDP and the Greens, who tend to take leftist positions on state regulation and social issues, have historically been rivals and will need to come together. Meanwhile, Merkel must deal with dissonances in the conservative bloc between her own Christian Democratic Union (CDU) and their more right-wing Bavarian sister party, the Conservative Social Union (CSU).

Read more: German election: Can the Greens and FDP join Angela Merkel in a coalition?

The FDP and the Greens will be wary of giving too much ground and angering their grassroots - traditionally a pitfall of junior partners in coalitions. And the CSU, used to commanding absolute majorities in Bavaria, is still smarting over votes lost to the far-right Alternative for Germany (AfD) and won’t want too move too far left.

So who is likely to get what, and where will compromises be inevitable, to form a coalition the German people say they want?

The parties will likely start by focusing on points of agreement: improving German education and Germany’s digital infrastructure, creating more affordable housing, bettering the lot of families and maintaining the basic thrust of German foreign policy, including the central role of the European Union. After that, conflicts abound.

On refugees, the CSU and FDP support restricting the number of migrants Germany accepts, while the Greens favor a more welcoming policy, including a right for refugees’ family members to join them in Germany. But there is a growing consensus that Germany needs an immigration law encouraging potential immigrants who would benefit the German economy.

On domestic security, the conservatives – and particularly the CSU – want to expand state surveillance, but the Greens and the FDP oppose more government monitoring. All parties agree on expanding police manpower by around 15,000 officers.

On taxes, the conservatives and the FDP favor cuts of as much as 30 billion euros ($35 billion), which they say will benefit all segments of society. The Greens favor cutting taxes for lower-income Germans and asking the wealthy to pay more. The FDP support a balanced budget, whereas the other parties stress the need for the government to have financial flexibility. The FDP want to end the special supplemental tax Germans pay to fund economic development in the formerly communist east, while Greens want to use the money to combat economic inequality.

On the EU, all the parties are pro-European, but the FDP would like Berlin to take a harder line toward member states that fail to meet basic standards of financial stability. There are no major differences in policy concerning Brexit.

And on the environment, the Greens will doubtlessly push for an aggressive climate protection agenda. The other parties aren't necessarily opposed to environmentalist initiatives, although the FDP in particular are likely to insist that any measures don’t damage the German economy.

At the same time that the parties try to agree on joint policies, they will also be divvying up positions in the new government. It is clear that Merkel will remain chancellor. After that, all positions are up for grabs – theoretically. But certain tendencies emerged even before the official coalition talks got under way.

The FDP seem to be particularly keen on taking over the powerful Finance Ministry. The party’s charismatic chairman Christian Lindner, who styles himself as an economics expert, has been tight lipped on whether he'd seek that role for himself or a party ally. The Free Democrats are also rumored to want control over the Justice Ministry, and the Education and Research Ministry, whose powers would be expanded to include digitalization.

Meanwhile, the Greens are virtually sure to take over the Environment Ministry. They could also be set to head the Foreign Ministry, with party co-chair Cem Özdemir, the son of Turkish immigrants and a vocal critic of Turkish President Recep Tayyip Erdogan, tipped as a possible next foreign minister. In addition, they might also want the Development Ministry.

Other ministries, including the Interior Ministry, the Defense Ministry and the Economy Ministry look most likely to be run by the conservatives. But all of this assumes, of course, that a deal gets done.

What if the whole thing blows up?

The pressure on the parties to compromise and form a coalition is immense. The Social Democrats (SPD) have ruled out a continuation of the grand coalition that has governed Germany for the past four years. That leaves Jamaica as the only constellation that gives Merkel a parliamentary majority without involving the Left Party or the AfD. But if coalition talks do break down, the following could happen.

Merkel could try to form a minority government. In that case, the Chancellor would have to seek votes from other parties on a case-by-case basis, or at least persuade some deputies to abstain rather joining all others in the opposition to shoot down government initiatives. This has only been tried on the national level in Germany in brief times of transition from one government to the next and not as an arrangement intended to last a complete four-year legislative period. With Merkel coming off the worst performance by the CDU since the first post-war elections of 1949, a minority government would hardly be stable.

If all else fails, Merkel could ask German President Frank-Walter Steinmeier to dissolve the Bundestag and call fresh elections. But this is considered the absolute worst-case scenario. There is no reason to believe that the mainstream parties would perform any better than they did on September 24 – the only beneficiary from such a display of parliamentary inadequacy would likely be the populist AfD. Fresh elections would recall the chaos of the Weimar Republic and the disastrous end of the first German democracy.

Merkel could also, of course, appeal to the SPD to change its stance on a grand coalition for the good of the country. But since many members blame the party’s decline in recent years on its partnership with the conservatives, such an appeal would likely fall upon deaf ears.

The lack of viable alternatives means that the parties involved in the Jamaica talks have practically no option but to succeed. As Shakespeare wrote, needs must. Which is why the majority of politicans and political observers considered Jamaica an inevitability before negotiations even began.

The Jamaica factor in Germany

Opinion: An 'upper limit' on refugees — by any other name

A sibling feud had been taking place between sister party politicians Angela Merkel (CDU) and Horst Seehofer (CSU). But with a little linguistic finesse, both party leaders have scored a win, writes Volker Wagener. (09.10.2017)

Without a rapid coal phase-out, Germany will betray its commitment to the Paris Agreement, experts warn. After years of fierce debate, will the next government finally take action? (02.10.2017)

A new German study has predicted a massive rise in students due to an influx of migrant children and consistently rising birth rates. The authors warn that Germany is woefully unprepared for the future. (12.07.2017)

Germany has been trying to export one of the keys to its industrial success: its dual-track vocational education system. Slovakia is one of the countries that have made strong progress in adopting the system. (27.03.2017)

Foreign flags and even traffic lights are used to describe the various coalitions that emerge in German elections. One option is a so-called "Jamaica" grouping of greens, conservatives and liberals. (24.09.2017)