AfD, CDU, SPD: Where do German parties stand on refugees, asylum and immigration? | Germany | News and in-depth reporting from Berlin and beyond | DW | 24.09.2017

AfD, CDU, SPD: Where do German parties stand on refugees, asylum and immigration?

Since Chancellor Angela Merkel opened the borders to refugees in 2015, asylum and immigration topics have dominated German politics. Where do the right-wing AfD and the mainstream parties stand on these issues? 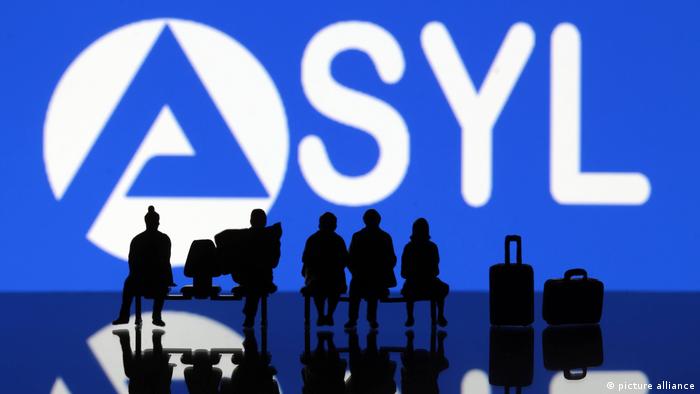 Over the past two years, Germany has made headlines around the world for letting over a million refugees into the country. Yet, it also has comparatively restrictive immigration laws and naturalization processes. Now, the future of Germany's asylum and migration policy will be decided in Sunday's Bundestag election. Here's what each of the parties expected to make it into the national parliament stand for:

Upper limit for asylum seekers: The far-right populist Alternative for Germany (AfD) wants to go beyond an annual upper limit on asylum seekers. It wants a "zero immigration" policy — a cap on all immigration unless deportations of rejected asylum seekers result in a net immigration of zero or lower. They also want to close the German border to stop what they view as "unregulated mass migration."

Deportations: The AfD seeks to radically increase the number of deportations of rejected asylum seekers, as well as reform the current asylum law laid out in the German constitution to ensure a smaller number of people are granted asylum.

Immigration law: "That [the state itself] can determine quality and quantity of migration to be key characteristics of state sovereignty," is one of the few statements the AfD makes on how legal migration could be regulated in its party program, focusing largely on what it perceives are faults in the current migration system. Many AfD members view migrants from Muslim-majority countries and Africa in particular as a potential threat to the security or stability of Germany. 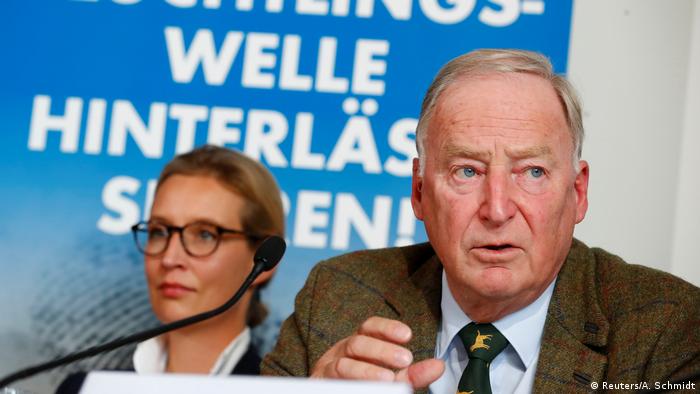 Upper limit for asylum seekers: Chancellor Angela Merkel's conservative Christian Democratic Party (CDU) opposes an upper limit for how many refugees can enter Germany each year, though its Bavarian sister party, the Christian Social Union (CSU), has endorsed a limit of 200,000 new asylum seekers per year. The joint party election program of CDU and CSU does not mention such a limit.

Family reunifications: While the party election program of the CDU/CSU does not comment on refugee family reunifications, some party members would reportedly like to limit the number of refugees' relatives that may come to Germany each year.

People who have been granted refugee status can currently apply for close family members to join them in Germany. This applies to their spouses; their children (minors (including any official caretaker of the minors) and older unmarried children); as well as their parents.

The current CDU/CSU- and SPD-led coalition government has put family reunification for those who receive subsidiary protection - the permission to remain in Germany as a non-refugee or asylum recipient due to the threat of serious harm at home - on hold until March 2018. While Interior Minister Thomas de Maizière of the CDU wants to extend this moratorium, Chancellor Merkel said she would make a decision on the issue after the election.

Deportations: The CDU/CSU wants to increase deportations of rejected asylum seekers and tighten the rules for rejected asylum seekers, for example, by extending a pre-deportation custody of up to 10 days. The question whether conflict-ridden Afghanistan can be considered safe enough to deport people back to has been fiercely debated. The CDU/CSU believes that some regions of Afghanistan are safe to deport to.

Immigration law: The CSU/CDU wants a "skilled workers immigration law" that requires migrants to find a job in Germany ahead of getting their visa to prove that they can cover their living expenses while in Germany. 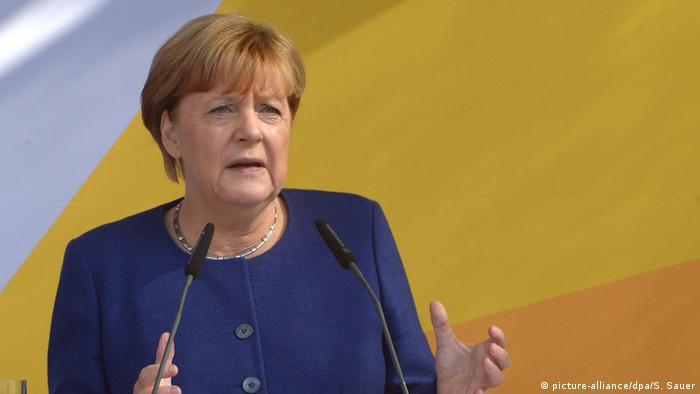 Merkel's CDU is against limiting the number of asylum seekers entering Germany, but the CSU disagrees

Upper limit for asylum seekers: The SPD is against limiting the number of asylum seekers allowed to enter Germany or the EU. "What would we do with the first refugee to reach the European border once the quota is reached? Would we send them back to a certain death? As long as this question hasn't been answered, a debate about [an upper limit] does not make sense," SPD leader Martin Schulz told German daily Welt.

Family reunifications: The SPD wants to end the moratorium on family renunciations for subsidiary protection recipients.

Deportations: In its party program, the SPD says it wants to increase voluntary returns of rejected asylum seekers and to enforce deportations more thoroughly. It also wants to enable rejected asylum applicants who have been law-abiding residents in Germany for two years, and who are currently employed or in school, to stay in the country legally. They are against deportations to Afghanistan.

Immigration law: The SPD wants to introduce a new immigration law similar to the Canadian immigration system. Criteria such as degrees, job experience, language skills and the like would be taken into consideration to decide on who gets to migrate to Germany. They are for a flexible quota that determines how many people get to come to Germany each year based on the current job market situation. "If you want to stem illegal migration, you have to create legal ways to immigrate," the SPD says in its party program. 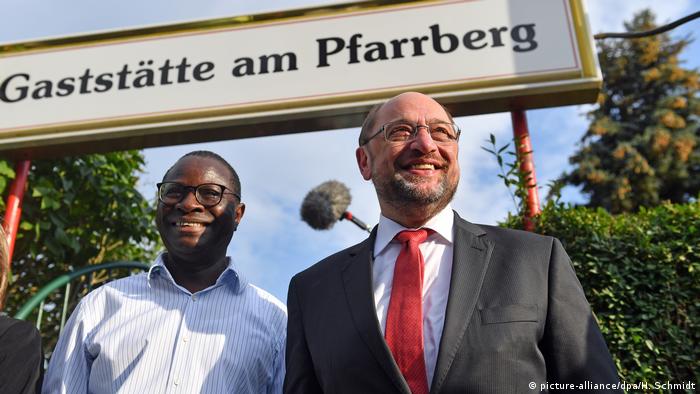 Upper limit for asylum seekers: The Green Party is opposed to an upper limit for refugees, saying that it endorses "an unlimited preservation of the individual fundamental and human right."

Deportations: Greens believe that the past two years have seen an "inhumane tightening of asylum laws." In their party program, they state that they want to focus on increasing voluntary returns. They believe Afghanistan is not safe enough to deport rejected asylum seekers to Kabul.

The Greens want the children of legal migrants or refugees born in Germany to automatically be granted citizenship. They also want those whose asylum in Germany has run out to be able to shift their status from "refugee" to "migrant" without having to leave the country and file for a visa if they would qualify for a visa under the point system, as does the FDP.

The Greens want the children of legal migrants or refugees born in Germany to automatically be granted citizenship. They also want those whose asylum in Germany has run out to be able to shift their status from "refugee" to "migrant" without having to leave the country and file for a visa if they would qualify for a visa under the point system, as does the FDP. 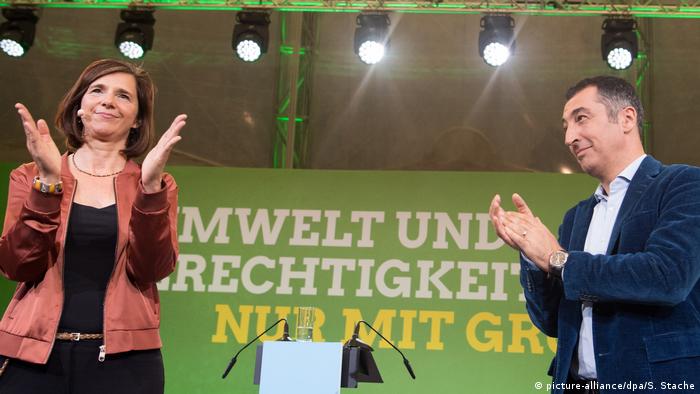 The Greens want to stop deportations to Afghanistan

Upper limit for asylum seekers: The Left party is strongly opposed to an upper limit. They regard some asylum laws and regulations passed by the current government as a threat to the "fundamental right to asylum." In their party program, they point out that some countries, such as Ghana, Serbia and Senegal, have been declared "safe countries of origin," with fast-track asylum procedures for people from countries whose applications are seen as likely to be rejected, as particularly objectionable.

Family reunifications: The Left party not only wants to end the moratorium for those with "subsidiary protection," they also argue that non-immediate family members should also be allowed to move to Germany. Currently, only their spouses, their children (minors (including any official caretaker of the miniors) and older unmarried children) as well as their parents are allowed to join someone who has been granted asylum in Germany.

Deportations: The Left party demands a "immediate stop of all deportations" and the right to stay for everybody.

Immigration law: In its party program, the Left says it wants a "humane … framework for immigration into the EU." They are against any regulations that involve quotas or point systems because they view them as overly selective and capitalistic. 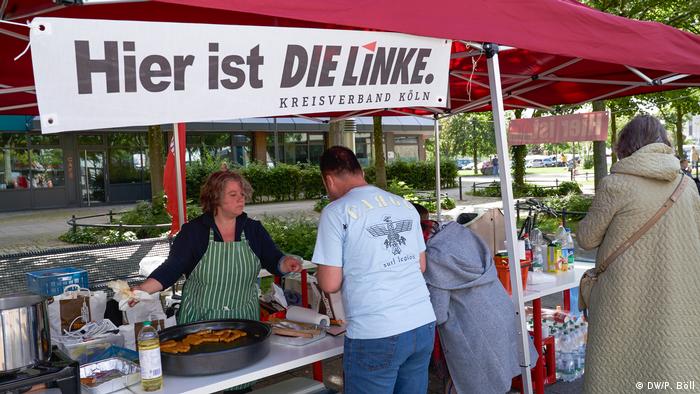 Upper limit for asylum seekers: The free marketeers FDP are opposed to setting a limit of how many asylum seekers are allowed to enter Germany. They also want to allow people to file for asylum from abroad.

Deportations: The FDP states that "people who were not granted the right to stay have to be consequently deported." They believe that some regions of Afghanistan are safe to deport to.

Immigration law: The FDP also want to introduce immigration regulations similar to Canada's point system, where potential migrants are awarded points based on their job market qualifications such as education and job experience. They also want people to be allowed to apply for the German citizenship after living in the country for four years – that's half of the current residency requirement. 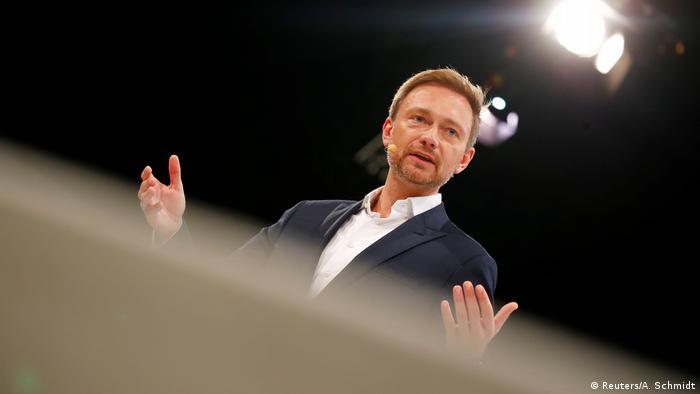 "What’s the Turk doing up there?," a caller to the Green party complained when he saw Cem Özdemir in the Bundestag in 1994. Today 37 MPs and one in ten voters have a migrant background. Could they swing the election? (07.09.2017)

German political parties - where do they stand on foreign policy and security?

With Germany playing a larger international role, foreign policy and global security are major campaign issues. Here's where the CDU, SPD, AfD, FDP, Greens and The Left party stand on issues from NATO to North Korea. (14.09.2017)

Following several brutal attacks in Afghanistan, Germany has stopped forced deportations to Kabul - for now. Refugees due to be deported - like the 28-year-old Ramin Mohabat, fear for their lives. (16.06.2017)