Things to know about Germany′s Social Democratic Party | Germany | News and in-depth reporting from Berlin and beyond | DW | 31.07.2017

It looks like Martin Schulz is about to become another in a line of middle-aged male Social Democrat candidates to come second in an election to Chancellor Angela Merkel. So what exactly does the SPD stand for? 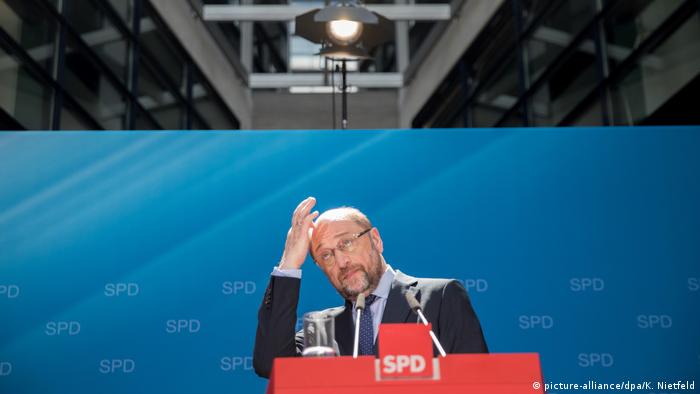 In June this year, three months before the election, the Social Democratic Party (SPD) continued its election campaign in typically stoild fashion by presenting its new tax plans. Ahead of the presentation at the center-left party's headquarters in Berlin, candidate Martin Schulz trailed the proposals with promises that, under his chancellorship, the rich would have to share more of the tax burden - particularly those who make their money on the financial markets.

"The people who work for their money shouldn't be in a worse position than people who let their money work for them," Schulz told the Frankfurter Allgemeiner Sonntagszeitung newspaper. "It's not fair that normal work is taxed, but financial market speculation isn't."

As part of the plans to relieve middle income earners, the SPD promised to raise the top income tax bracket to 76,200 euros ($85,300) a year, significantly higher than the current level of 54,000 euros. Not only this, the top rate of income tax would rise from 43 to 45 percent. This would, the SPD reckons, put 15 billion euros back into the pockets of low and medium income earners.

The new proposals were the next stage in the party's social justice campaign strategy, coming a couple of weeks after the SPD presented its new pension plans, which included promises to invest extra tax money into stabilizing pensions. 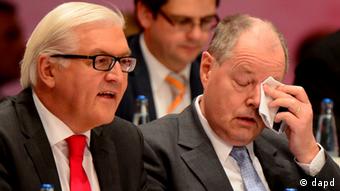 German voters have heard this tune before. Ahead of each general election in living memory, the Social Democrats have regularly made a play to shore up their traditionally working class voter base by promising more "social justice."

But few Germans would mistake the SPD for a Marxist party. At least since the 1960s, the Social Democrats have ditched their more socialist origins and styled themselves as fundamentally in favor of the capitalist market economy system, while at the same time attempting to protect workers' rights.

That point was cemented in 2003 with the Agenda 2010 labor reforms, a program implemented by SPD Chancellor Gerhard Schröder that split his party and led indirectly to the creation of the socialist Left party, and which still defines the internal party debate today.

Agenda 2010 represented a shift away from a state-centered economic ideology to one that was focused more on individualistic entrepreneurship tempered by market regulation. This was the so-called "Third Way" also touted in the early 2000s by the UK Labour Party under Prime Minister Tony Blair.

The main result in Germany was a social benefit known as Hartz IV that was dependent on the recipient's attempts to find work. Social equality was redefined not as redistributing wealth, but as creating equal opportunities. That was evident on Monday, too, when the SPD's tax plan also promised a new investment program in German schools, kindergartens and social housing.

By the same token, Schulz began his election campaign earlier this year with promises to "correct" Agenda 2010. Again, such promises are not new. In the 2009 election campaign, when the current German President Frank-Walter Steinmeier was the candidate, the SPD made keeping the retirement age at 67 and a basic minimum wage into campaign promises.

Similarly in 2013 - this time with former Finance Minister Peer Steinbrück in the thankless role of opposing Chancellor Angela Merkel - the SPD proposed high taxes for high earners by raising the top income tax bracket (as well as the re-introduction of wealth taxes and tightening of certain tax breaks). 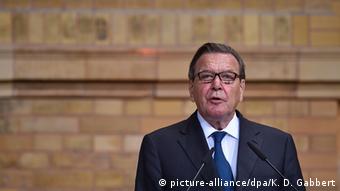 Schröder angered much of his party base with Agenda 2010

But when it entered government as junior partner to Merkel's conservative Christian Democratic Union (CDU), the SPD found it was unable to push these promises into the coalition contract.

This last point has often proved the SPD's undoing in recent years - despite comprising a major part of two of Merkel's three cabinets, the party has failed to bring in the social reforms it would like to (with the notable exception of the minimum wage that was introduced in January 2015) while at the same time voting in favor of many of the CDU's conservative measures.

Meanwhile, when it comes to foreign policy, the SPD has found itself barely distinguishable from the CDU. International solidarity notwithstanding, the party voted for the austerity program the European Union imposed on Greece in exchange for bailouts in 2015. It also voted with the CDU in imposing sanctions on Russia in the wake of the Ukraine crisis.

On migration policy, however, the SPD has made an effort to strike a more liberal course than Merkel's CDU, whose Interior Minister Thomas de Maiziere has presided over a systematic tightening of rules for migrants and an acceleration in the number of deportations. The SPD would prefer a more open policy - though it has coupled that with promises to improve living standards for "native" poor people.

The SPD also happens to preside over the Economy and Energy Ministry, which means it is in charge of Germany's ongoing commitment to shifting the country away from fossil fuels and towards renewable energy sources. This has given the party an opportunity to present itself as a pioneer of climate change.

German general election - All the information you need