Two years since Germany opened its borders to refugees: A chronology | Germany | News and in-depth reporting from Berlin and beyond | DW | 04.09.2017

Two years since Germany opened its borders to refugees: A chronology

When hundreds of thousands of refugees made their way into Europe in August and September 2015, German Chancellor Angela Merkel decided to engage in an open-door policy toward the newcomers. What's happened since then? 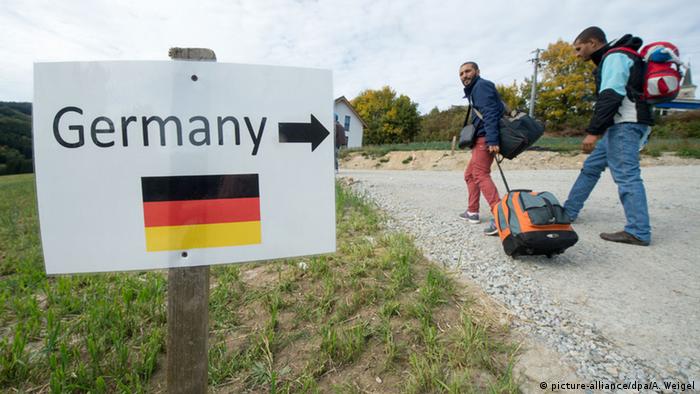 On August 25, Germany decided to suspend the Dublin Procedure for Syrians, which meant that refugees from that country no longer had to be sent back to the first EU country that they entered.

On August 31, German Chancellor Angela Merkel declared "Wir schaffen das" or "We can do this" as Europe was confronted with the largest refugee crisis it has seen in years. The wars in the Middle East, particularly in Syria, resulted in the German government granting protection to hundreds of thousands of refugees. Merkel called it a "national duty" to do so.

On September 4, Germany and Austria started to take in refugees who were stuck in Hungary. At Munich's main train station, German volunteers passed out candy and greeted hundreds of refugees with signs. This highlighted Germany's "Willkommenskultur," or welcome culture, and the country became the most desirable destination for asylum seekers in Europe.

Two weeks later, on September 13, Germany began to strengthen controls on its border with Austria, and trains were suspended between the two countries for twelve hours. Thousands of refugees had been arriving and many small towns in Germany couldn't deal with the influx. 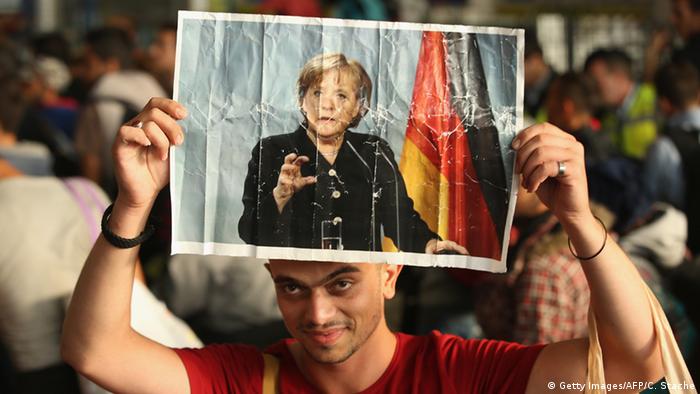 The EU and Turkey set up a joint action to plan to deal with migration flows to the European Union. On October 15, Germany's lower house of parliament, the Bundestag, changed the asylum law, designating Albania, Kosovo and Montenegro as safe countries of origin.

A suspension in the right to family reunification for asylum seekers with a lower status of protection was introduced. In addition, the German government decided to set up special reception centers for refugees with lower chances of staying in Germany. 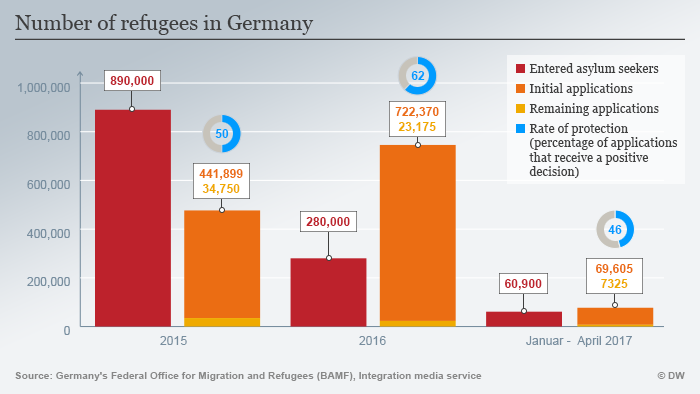 In that same year, more than 1,000 attacks on asylum centers were reported, according to the Federal Criminal Police Office.

On New Year's Eve in the western German city of Cologne, incidents of sexual assault, rape and theft were reported to have taken place at the main train station. The perpetrators were allegedly of an "Arab or North African appearance" as reported by the police and confirmed by witnesses. Some critics claimed that Chancellor Merkel's open-door asylum policy was responsible for allowing the perpetrators into Germany.

Slovenia, Croatia and Serbia as well as Macedonia closed their borders to migrants and the Balkan route which many of the refugees used to come to Germany became tighter. The populist right-wing Alternative for Germany (AfD) party won seats in three regional elections and the EU and Turkey signed a deal to send migrants who arrived in Greece back to Turkey.

The EU began the resettlement of refugees and other migrants from Greece to Turkey and the redistribution of Syrians from Turkey in the bloc.

The European Commission began a proposal to fine EU member states if they don't take in their quota of asylum seekers. 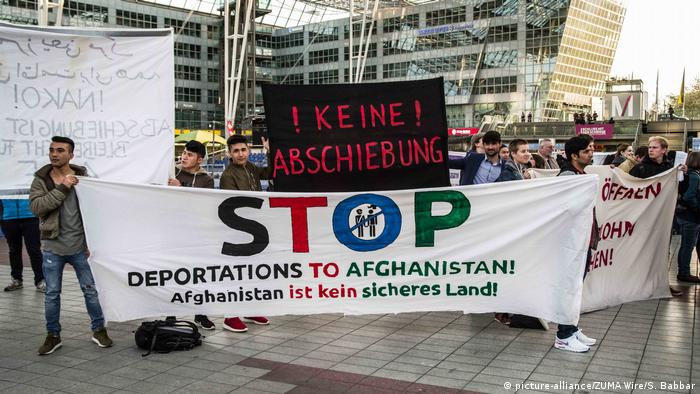 Deportations to Afghanistan have been a contentious issue in Germany

On December 19, failed asylum seeker Anis Amri from Tunisia deliberately drove a truck into a Christmas market in Berlin, where 12 people were killed and 56 injured. He was later killed in a shootout near the Italian city of Milan. The attack also brought Chancellor Merkel's open door asylum policy into question.

Angela Merkel presented a new plan to speed up deportations of failed asylum seekers - especially to Afghanistan - spurred on by the Anis Amri attack in Berlin.

On March 3, Angela Merkel made a deal with Tunisia for the country to take back 1,500 rejected Tunisian migrants from Germany.

Merkel met UN Refugee Commissioner Filippo Grandi on August 11 and pledged 50 million euros ($59 million) to the International Organization for Migration and the UNHCR. She also pledged support to fight people smuggling via the Mediterranean Sea routes.

Merkel met with European and African leaders in Paris on August 28 to discuss ways to stem the flow of migrants to Europe. So-called Hotspots and reception centers in African countries were discussed, as well as the option of examining chances for asylum already in African countries.

How refugees are settling into Germany, two years on

Angela Merkel took the world by surprise in September 2015 when she welcomed hundreds of thousands of refugees to Germany. How well have they integrated into German society, two years on? Phoebe Cooke reports. (30.08.2017)

The Bavarian capital is poised to receive the largest number of migrants since September 6, when 13,000 arrived. There aren't enough beds for refugees and sleep remains elusive for Munich's worried officials. (13.09.2015)

InfoMigrants | Information for migrants and refugees