The Bavarian capital is poised to receive the largest number of migrants since September 6, when 13,000 arrived. There aren't enough beds for refugees and sleep remains elusive for Munich's worried officials. 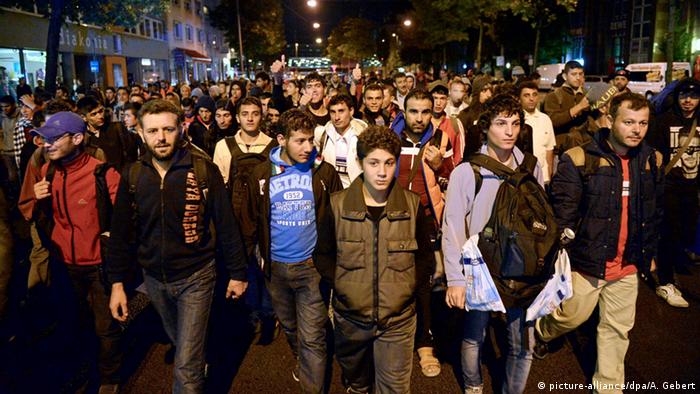 Colorful mannequins perched on the roof of a shop in Munich's central station herald the arrival of the city's landmark Oktoberfest at the end of this month, offering a surreal contrast to refugees who have been forced to make their beds along the walls of the railway station's massive hall.

The city has received more than 60,000 refugees ever since they started pouring in from Austria and Hungary on August 31. An overwhelming number of migrants – well over 10,000 according to Upper Bavaria's regional president Christoph Hillenbrand, arrived from Salzburg on Saturday.

Munich's officials are busy trying to arrange shelter and medical care for the new arrivals. "We have a total of 5,000 free seats," Hillenbrand told journalists, "Plus a couple of thousand makeshift places for the refugees," he added. 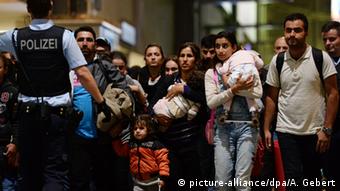 Only half of the arriving refugees will be provided cots for sleeping, as resources are stretched to the limit

The current arrangement meant that if the number of incoming migrants is around 13,000, then many would not have a place to sleep and would have to stay at the station, according to Hillenbrand.

Meanwhile, officials were preparing to put up tents for asylum seekers on Sunday. The Olympic indoor stadium had also been prepared to shelter refugees for some time, the city authorities said.

A test for Munich

The crisis has put Germany's – in this case Bavaria's – organizational capacities to the test. Police officers speedily scan trains to filter incoming refugees and take them to specially designated areas where they receive food, water and preliminary medical care.

Many refugees are happy about finally arriving in Europe, but most are still confused about what is in store for them. Several of them, coming from Syria and Afghanistan, are in intense shock after their arduous journey, involving brutal torture by police in several countries on their way to Germany. 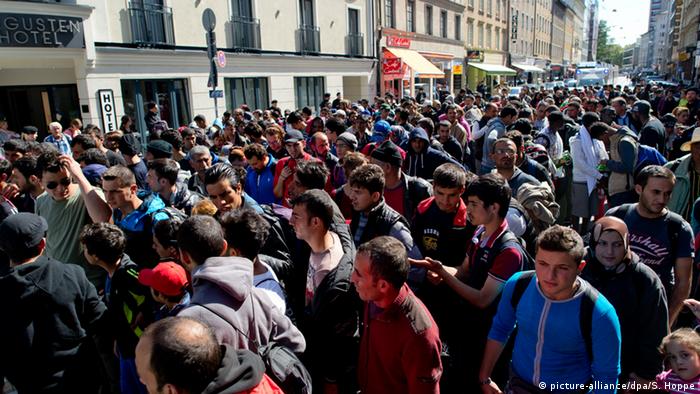 Munich has been overwhelmed by the flood of refugees arriving, and has appealed for help

The ones who have probably suffered the most are young children - too big to be carried and too small to cross several kilometers by foot. Almost all of them cry as they hobble towards the medical personnel waiting at the end of the line.

Paramedics, helped by interpreters speaking Arabic and Persian, try and help figure out the travellers' problems. But the increasing numbers of refugees have exhausted their capacities. Several medical volunteers have been working continuously for days at the camp in Munich's central station.

Meanwhile, Munich Mayor Dieter Reiter reiterated his appeal to Germany's other states and Chancellor Angela Merkel to help reduce its burden of refugees, who were putting their lives in danger to reach Europe.

Reiter said that Munich and Bavaria as a state had been facing the calamity alone for the last ten days and that it was time for other states in Germany to lend a helping hand.

He expressed his "disappointment" with the lack of intensive cooperation that should have characterized this kind of an operation. Bavaria needed help "urgently" he pleaded.

After days of protest, fragile order returns to Lesbos

An uneasy calm has settled on the Greek island of Lesbos after a violent few days that saw riot police fight to contain migrants. In the Aegean Sea, Lesbos is a prime entry point for migrants to the European Union. (12.09.2015)

Hungary's prime minister wants the EU to provide sizeable aid to countries neighboring Syria to help them cope with the influx of refugees. His country came under fire for what one politician called Nazi-like policies. (12.09.2015)

A senior German politician whose district council is enlarging hostels for refugees says he won't be deterred by a neo-Nazi murder threat. Erich Pipa says "99 percent" of residents support his stand to provide shelter. (12.09.2015)