How refugees are settling into Germany, two years on | Germany | News and in-depth reporting from Berlin and beyond | DW | 30.08.2017

How refugees are settling into Germany, two years on

Angela Merkel took the world by surprise in September 2015 when she welcomed hundreds of thousands of refugees to Germany. How well have they integrated into German society, two years on? Phoebe Cooke reports. 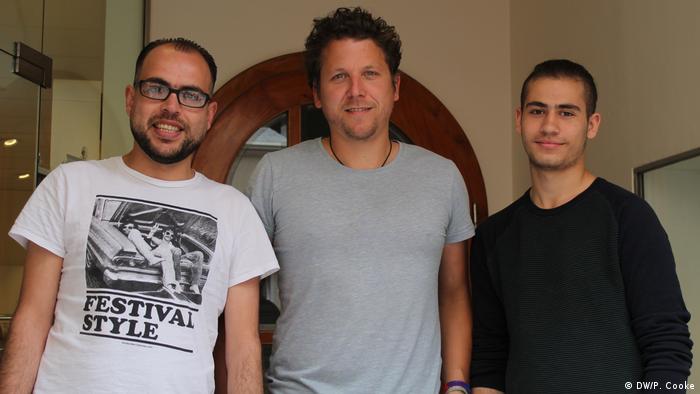 In the elegant city of Wismar, tourists sweep over cobblestone streets admiring Gothic architecture from every angle. There's a sense that this Hanseatic port is untroubled by time, that medieval history has left more of a trace than the recent refugee crisis.

More than 1.3 million people have sought asylum in Germany since the start of 2015, but the sparsely populated state of Mecklenburg-West Pomerania has not proved a popular destination. Three-quarters of the nearly 19,000 refugees granted asylum here in 2015 moved to other states, before the controversial "integration law" came into force to buck this trend across Germany.

Nineteen-year-old Tasneem Almurdi, who was granted asylum in Mecklenburg-West Pomerania in March 2016, is also subject to this law. The Syrian teenager is desperate to leave, but she has to stay in the state for at least three years.

"Living here is the most terrible thing in life," she said. "I have lots of friends who are living in western Germany, and they are never made to feel like foreigners. I was shocked by how unfriendly people are here."

René Fuhrwerk (photo above, standing between two Syrian refugees) is a mentor at Flüchtlingsrat Mecklenburg-Vorpommern, who advises refugees, including Tasneem, on their rights to asylum.

"We have freedom of movement here in the EU, and I don't think it's good to hold people against their will," he said. "Instead, there should be more of an effort to make places more attractive to refugees through integration measures, language and encouraging contact to their family and friends at home."

Eastern German states have a well-deserved reputation for being less foreigner-friendly than their western counterparts. North Rhine-Westphalia, where the population of 17.5 million is greater than the whole of former East Germany and includes more than half a million Turkish residents, is particularly attractive to refugees. 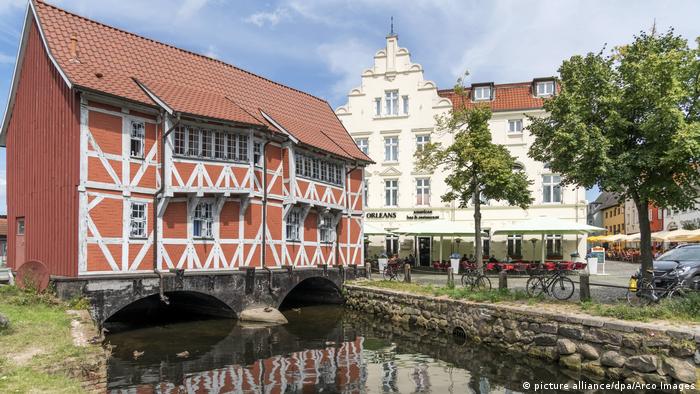 "People have it in their heads that the east is full of Nazis," reflected René, 38. "In former West Germany there's a much longer history of immigration."

"But there are some Syrians who prefer to be here," he added. "If they go to Bochum [in North Rhine-Westphalia], they can do everything in Arabic. Here you have to learn German, meaning you can settle in better and have more contact to people here."

Younger refugees in particular are able to pick up German quickly in so-called welcome classes, where they receive intensive language lessons in separate classrooms at the same schools as their German peers. But despite speaking the language well enough to communicate, Aleppo-born Tasneem struggles to fit in.

"The best case scenario is when people don't talk to me at all," she said. "When they do talk to me they say bad words, I can't even repeat them.

"I hear these words all the time - on the streets, in the schoolyard. It's because I wear a hijab. I have to deal with it. I can't move from here; I want to, but I can't." 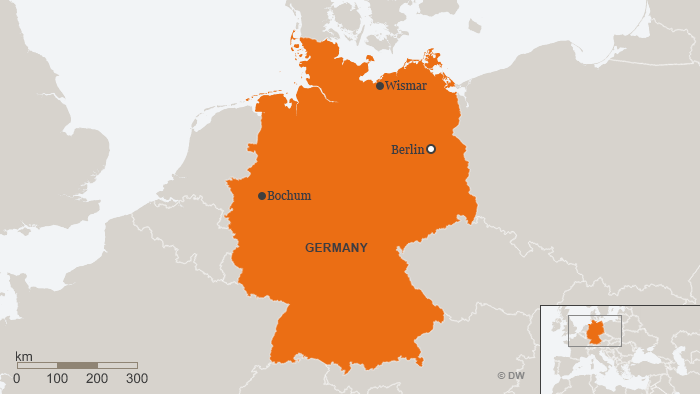 It is difficult to gauge whether these personal experiences are indicative of wider intolerance towards refugees. Here in Mecklenburg-West Pomerania support for Angela Merkel had plummeted this time last year, when the chancellor lost out to the anti-immigrant, right-wing Alternative for Germany (AfD) party in state elections. Support for Merkel in the state - and nationwide - has recovered a bit, which may be linked to the lower numbers of refugee arrivals and endorsement of a harder line on refugee policy.

The sense of calm after the crisis can be felt at a center run by the group Alep in the Neukölln district of Berlin, where unaccompanied male refugee minors between the ages of 16 and 20 live. Alep gives them access to expert help in the building where they live on everything from navigating Germany's complex bureaucracy to ensuring they have proper access to healthcare. The aim is to help these young men become fully independent, participating members in German society.

Social worker Jonas Gugel, 29, says the situation is far better now than the "catastrophic" autumn of 2015, when their resources were severely stretched. But refugees still face numerous challenges - especially when many have no fixed legal status, restricting their ability to work and access benefits. Alongside this and the emotional trauma that most have lived through to reach Germany, one of the persisting challenges for unaccompanied minors is being apart from their families. 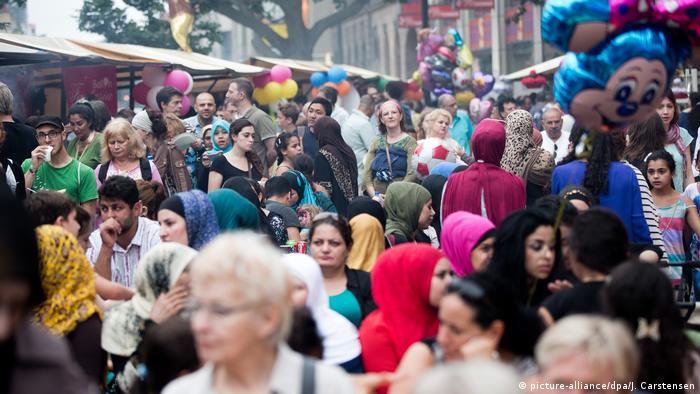 Neukölln is one of the most diverse neighborhoods in Berlin

"They never know what's happened to them, they could be in danger," explained Jonas. "That's a lot of pressure for the young person - both the anxiety of what could happen to their family as well as the expectation that's placed on them by their families at home."

One of his mentees, Fayez Sukkareih, had to leave his family behind in Damascus when he set out alone for Germany at the age of 16. Now 20, Fayez speaks fluent German, learnt entirely in welcome classes, and has just started a catering apprenticeship with the dream of opening a German-Syrian sweets store in the capital.

Read more: Refugees in Bavaria: boredom instead of apprenticeships

After arriving in Germany in late 2014, Fayez spent his first two years in Zehlendorf, in south-west Berlin, where his German peers were "incredibly friendly." But he believes attitudes towards refugees have shifted since Merkel opened the borders two years ago. Despite living in Neukölln where more than 40 percent of residents have an immigration background, he feels no more at home than Tasneem does in Wismar.

"At the beginning I felt welcome here, but not anymore," he said. "Berliners used to be friendly to us, but now we get pushed to one side, they don't want anything to do with us anymore. 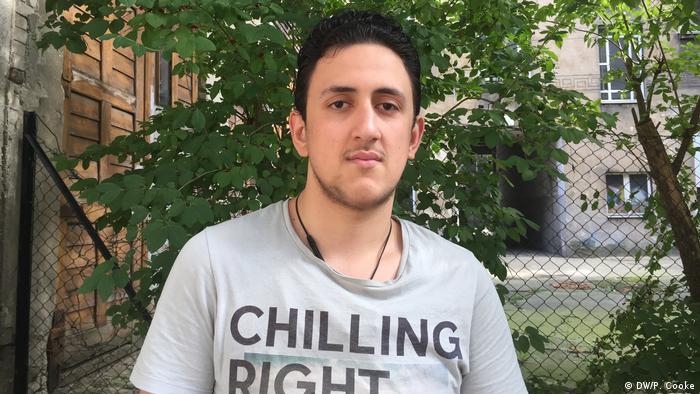 Fayez believes the change in attitude is directly related to the number of refugees who have entered Germany since 2015 - as well as a rise in terror attacks in Europe.

"They're worried about your religion, they think you're with IS. I have black hair, you can see I'm an Arab. Now they say 'Get away from me, what are you doing here?' I can't even get a flat viewing because of my surname."

"On the one hand you've got the AfD, on the other you've got the No Borders network [a network of antiracist groups - Editor's note]," he said. "If anyone says anything in public about not being sure about the number of refugees, then you're immediately put into the AfD camp - there's a real lack of healthy debate."

"Germany has always been a country of immigrants, even if people don't want to hear that," he said. "The culture of other people is enriching and for me, Germany is a mix of many things, of many cultures.

"We always say people from Mecklenburg-Western Pomerania take 100 years to get used to anything, they are always a bit behind. We will get there, but it will take some time."