Muslims ′integrate′ well into Germany - but aren′t accepted | Germany| News and in-depth reporting from Berlin and beyond | DW | 24.08.2017

Almost all of Germany's 4.7 million Muslims feel connected to German society, according to a new study. But the feeling is apparently not mutual: One in five Germans doesn't want Muslims as neighbors. 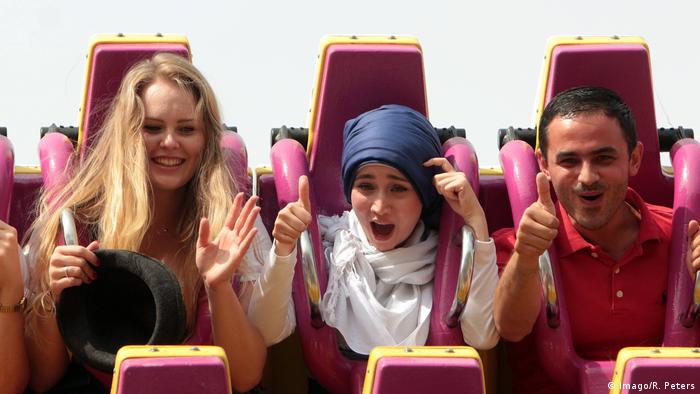 Most Muslims are well integrated into German society, an international research project published on Thursday revealed. But they also face Islamophobia, with nearly one in five Germans saying they would not want Muslim neighbors.

A new study by Germany's Bertelsmann Foundation looked into the level of education, employment and social engagement of Muslims in Germany, Switzerland, Austria, France and the United Kingdom, and found that 96 percent of German Muslims - both of first and following generations - felt connected to Germany. The study did not cover Muslims who arrived after 2010.

"The international comparison shows that it is not religious affiliation that determines the success of opportunities for integration, but the state and the economic framework," said Stephan Vopel, an expert on social cohesion at the Bertelsmann Foundation.

"This study proves that the reality, when it comes to participation of Muslims in society, isn't as bleak as it is often presented in the media," said Ayse Demir, spokeswoman for the Berlin-based Turkish community organization TBB. "It shows that a lot of Muslims feel integrated, but there is a lack of acceptance - and that's also our perception. Participation isn't a one-way street: It needs to come from both sides." 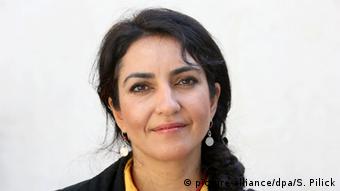 Ayse Demir, of the TBB, thinks it's problematic that Germans still have an issue with the headscarf

Demir blamed the media for this disconnect. "We're having a right-wing shift in Germany and in Europe," she said. "At the moment a lot is being instrumentalized: Muslims are being presented as the 'enemy' - and of course that gets used by right-wing populists, and then people verbally attack Muslims."

Language-learning, which is key to integration, has been particularly successful, the study found. Seventy-three percent of children born to Muslim parents in Germany grow up with German as their first language. In France, Muslim immigrants tend to have a good knowledge of the language in the first place, as many of them came from countries that used to be French colonies.

Though high school graduation rates are improving, there remains room for improvement: The study found that in France only 11 percent of Muslims do not graduate from high school, while in Germany the number is 36 percent.

Researchers believe that this difference stems from the countries' different school systems. Children in France learn together for a long time, before they are separated into different secondary schools.

"We can learn something from that," said Demir. "The longer children are together, the more successful they are - because they learn from one another." The study also refuted certain prejudices about Muslims, including that they form "parallel societies." The stats show that the vast majority of Muslims living in the five countries regularly have contact with non-Muslims in their free time. In Germany, some 78 percent of the Muslims asked said they maintain social contact with non-Muslims "often" or "very often."

Halal holidays on the rise

Halal holidays on the rise

The study also found that the employment rate among Muslims in Germany has improved and is slowly approaching the national average. But it also showed that Muslims tend to earn a lot less than non-Muslims - suggesting that many are engaged in low-paid or part-time work.

Not only that, the study found that more devout Muslims struggle to find well-paying work, which, the authors speculated, could be down to discrimination among recruiters.

Demir warned that international comparisons were difficult, given the different economic circumstances in each country.

When it comes to more devout Muslims, for instance, integration seems to work much better in the UK. Yasemin El-Menouar, an Islam expert on behalf of Bertelsmann and one of the study's authors, said Britain had created a "level playing field" for pious Muslims, pointing out that female police officers in the UK have been allowed to wear headscarves at work for the past 10 years. 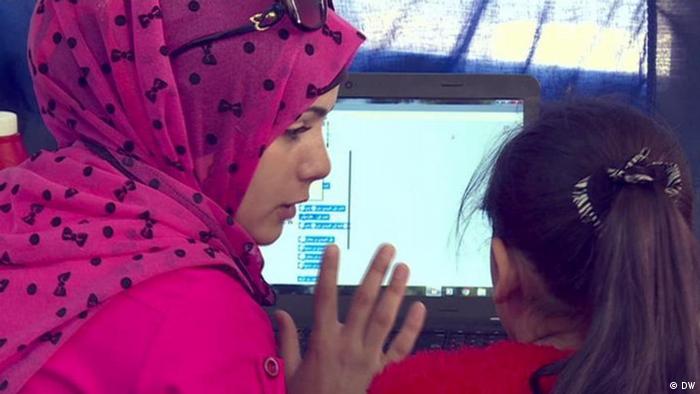 Headscarves have become a contentious issue in Germany

"That's a problem in Germany," said Demir. "Because public authorities should represent the diversity of society. Also, it's often the case that the headscarf is presented as a religious symbol in the public discussion - I'm not a theologian, but according to the Quran, it's a religious precept, not a symbol."

The study, titled "Muslims in Europe: Integrated but not accepted?" also revealed views of Islamophobia across Germany, Austria, Switzerland, the UK and  France. In all nations surveyed, more people said Muslims were their least preferred neighbors compared to any other demographic category - including foreigners, homosexuals, Jews, people of color, atheists, Christians and big families.

Only Britain was different: There, more people said they would rather not live next to families with many children than next to Muslims.