The number of people being injured in Islamophobic attacks in Germany has increased this year, new government figures have shown. But very few anti-Muslim hate crimes are successfully prosecuted. 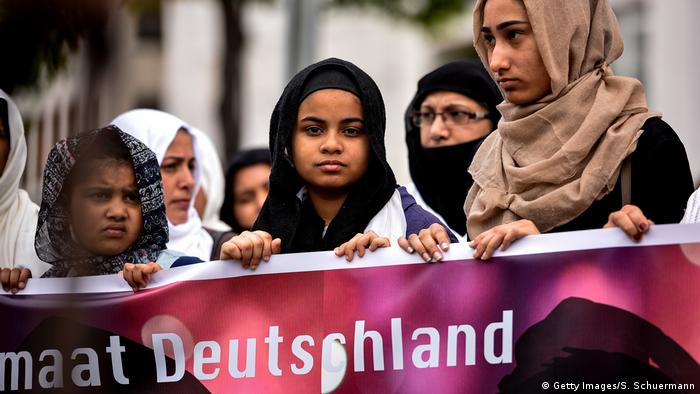 Some 16 German Muslims were injured in Islamophobic attacks between April and June this year - a steep increase on the two people injured in the first quarter of the year.

The startling statistic emerged from new figures released by the German government this week in response to an information request submitted by Left party Bundestag member Ulla Jelpke. The official government answer, sent to DW by Jelpke's office, said that of the 13 registered crimes that resulted in the 16 injuries, all but one had a far-right motivation, while the other was put down to "religious ideology."

That chimes in with overall government figures on such crimes, which showed that the vast majority of the 192 Islamophobic offenses registered in the second quarter of the year were ascribed to far-right motivations. The other crimes included on the list included property damage, incitement to racial hatred, incitement to commit crimes, assault, and abuse.

The Left party pointed out that this figure was in contrast to the fall in the number of crimes specifically targeting refugees. "Unlike the racist attacks on refugees, there has been no decline in explicitly anti-Muslim attacks," Jelpke told DW in a statement.

"That suggests that Muslims in Germany have become a particular object of hatred for violent far-right extremists, or so-called concerned citizens," she added, referring to the euphemism that German anti-immigration campaigners often use to describe themselves. 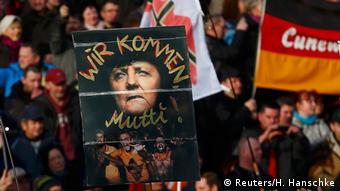 PEGIDA demos are still happening every week, but with few marchers

"Terror and hate crime should always be condemned, regardless of who commits them and under what guise," Jelpke said. "The state and society have a duty to counter such hate crime. That's why we need a clear statement - Muslims in Germany belong to our society. People who attack Muslims attack our democracy."

IGMG was also shocked that only one of the 192 crimes resulted in an arrest - a case of incitement to racial hatred in Berlin registered on May 1. "It's unacceptable that most perpetrators get away unpunished," Altaş said. "The legal deterrent effect is virtually zero."

Altaş also said that the real number of crimes was likely to be far greater, as most of them went unreported. "Muslims often get the feeling from the police that their concerns are not taken seriously," he said. "In many cases, an Islamophobic motivation is not even ascertained - even when there is clear evidence. Here too, the lawmakers need to set investigative standards."

The government also answered questions relating to Islamophobic marches and protests, though it refused to classify the weekly Dresden-based PEGIDA marches and their outliers around the country as specifically anti-Muslim. In its report, the government only recognized a single neo-Nazi march, which involved 50 people demonstrating against a new mosque in the eastern town of Eisenach in May, as explicitly Islamophobic. 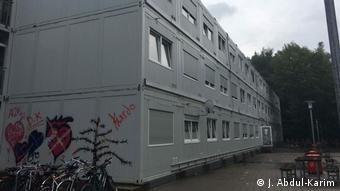 Attacks on refugee homes in Germany are in decline

The PEGIDA marches, which once attracted significant media attention and claim to be aimed at what they call the "Islamization of the West," are still going on every Monday throughout the country. Nevertheless, the number of these marches has declined steeply since their zenith in early 2015, and the new government figures show the fall is continuing.

While in the first quarter of the year some 1,853 people took part in a total of 32 anti-Muslim demonstrations, only 805 people took part in 22 such protests between April and June. In the same period last year, there were around 4,300 such demonstrators in 50 PEGIDA marches. But in 22 of the PEGIDA marches that happened in the last quarter, the government noted "far-right extremist influence or organization."

"The fall in PEGIDA marches mustn't reassure us," Jelpke said. "Because the fear is that a section of the activists aren't to be found on the streets anymore, but are driving no less dangerous politics in more institutionalized form in the ranks of the AfD."

The nationalist Alternative for Germany (AfD) party, which has gained national prominence and regional electoral success in the last five years, looks likely to enter the Bundestag after September's national election. The AfD press office did not respond to a request for comment on this.

More than 4 million Muslims live in Germany. Are they changing the country? And, if so, how? Nina Haase and Sumi Somaskanda visited the region surrounding Cologne, which has a large Muslim population, to find out. (07.07.2017)

Hundreds of Muslims have spoken out against terrorism in a Cologne demonstration. DW's Shamil Shams believes while it is a good step, Muslims living in the West need to do a lot more to cast off the "extremist image." (17.06.2017)