Lamya Kaddor is a leading scholar of Islamic studies who co-founded the Liberal Islamic Association seven years ago. She sat down with DW's Nina Haase and Sumi Somaskanda to talk about Islam's role in German society. 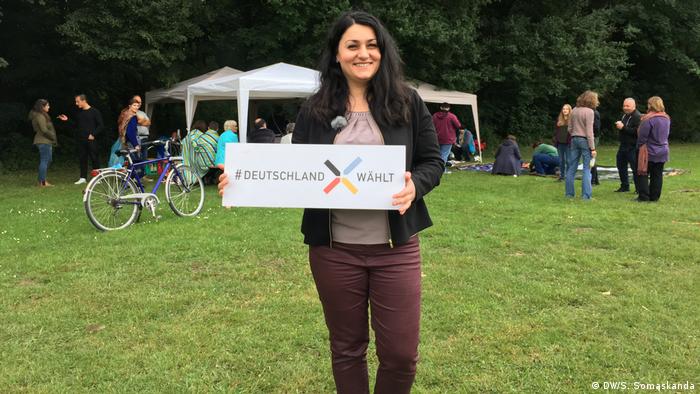 Lamya Kaddor is a leading Islamic scholar in Germany. She has written several books on the subject and co-founded the Liberal Islamic Association in 2010. Kaddor helped push through the first Islamic curriculum for public schools in North Rhine-Westphalia. Her liberal interpretation of Islam and defense of conservative Islamic values have come under heavy criticism both within and beyond the Muslim community. She was forced to stop teaching due to death threats. She met with Nina Haase and Sumi Somaskanda in Cologne.

Your organization brings together Muslims who choose to practice a contemporary form of the religion. What is liberal Islam compared to conservative Islam?

If you want to interpret the scriptures verbatim, you would be a fundamentalist. If you try to translate the meaning of the scriptures into the current context and use intellect to decide what makes sense, what's logical, what is even relevant in our world today, then you'd be liberal. If you say you want to adapt some traditions to today's times but some values are incredibly important to you, even if theoretically you know you would need to develop them further, you would be a conservative or traditionalist.

How has the Liberal Islamic Association's message of a modern, updated Islam been received?

It's been received well, but it's still a lot of work. Most Muslims don't know of us, and most Muslims have a hard time joining any sort of organization or association in the first place because the religion is essentially about the relationship between you and God, and that can't be organized. It goes against the idea of Islam to join a group.

What about conservative Muslims? Have they received your association well?

I stand for values that aren't just to the benefit of us Muslims - I want to make that clear. That's something that a lot of conservative Muslims don't understand or don't want to understand. If I say a woman should be allowed to wear a headscarf and teach in a school, I'm not talking about my own rights. I don't wear a headscarf. When I demand that Islam is taught as a course in school, I'm not talking just about my own liberal views. Conservative Muslims accuse me of representing my own view of Islam, and that is completely wrong. In fact, I face a lot of criticism and even death threats for standing up for the more conservative perspective on Islam.

What is your argument for allowing women in headscarves to teach in schools?

We have freedom of religion in Germany. We haven't decided yet if the headscarf is considered a classic religious symbol or part of your own personal commitment. For me, it's the latter, not merely a religious symbol you wear.

Muslims are Germans. They follow the constitution like any other German here. And after 14 years of experience of teaching in schools, I believe it's wrong to keep a woman who wears a headscarf from teaching. If we start restricting that, where do we go from there? And where do we stop?

In German media and society, Islam is often the subject of heated debate. What do you make of the debate and criticisms of Muslims?

You can't make sweeping statements about Islam and how it is lived here. If you do so, you are completely ignoring the differences and various schools of thought and the individual subjective approach to faith. Where we do struggle as Muslims is the mixture of Islam and Islamism. Islamists are part of why we have seen that mixing, but non-Muslims and even anti-Islam activists welcome it too, because they can use it to drum up resentment towards Muslims. It is very difficult these days to avoid one extreme or the other. 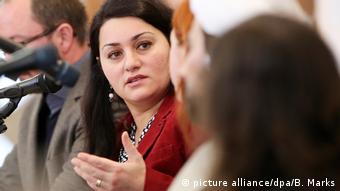 Lamya Kaddor at a conference in Hamburg. She is a leading Islamic scholar in Germany.

Still, the image of Islam in Germany has been colored by the rise of Islamism. Why are young Muslims in particular becoming radicalized?

The main incentives have nothing to do with the religion. It starts with basic social needs - a sense of community, help with homework, team sports, girls groups. It's the connection a group, a sense of direction and being valued - that they are finally understood as young people. They finally feel noticed as somebody, which they might not be at home. They are looking for a group that welcomes them in a world that is increasingly complicated. Globalization is pushing forward, as is digital progress.

Young people suffer, especially in puberty, when they start to ask themselves "who am I?" and "who do I want to be?" And when a young Muslim boy answers that he wants to be a young, modern German, it's not impossible, but society makes it very difficult for him to be that. So of course they start to look around for alternatives.

What is the best way to counter radicalization?

I believe it's wrong to cut them off, for mosques to expel them if they've been radicalized. The problem isn't solved, it's simply been removed. We have to truly ostracize terrorists and attackers as a society, within and beyond the Muslim community. We have to make clear that anyone who kills innocent people is not a Muslim. They may be Muslim on paper or under God, but we have to make sure we say that when a young person turns to Islamism, he is no longer in the center of the Muslim community but on the very fringe. It's a very important process, and it isn't happening clearly enough.

Germany is becoming increasingly more diverse through Islam. People might think it's absurd, but I believe that Muslims represent values that are good for our society. Humanity and charity and humbleness before God aren't just Christian values, they're also Muslim values. I don't think Islam is changing Germany, I think we can find common ground with these values. We can and must contribute to that process as Muslims, like other faiths. It's a sign that we're growing more diverse and open. And that our democracy strives to treat every individual fairly. For me, that represents both Islam and Germany.

What can be done against hate?