More than 4 million Muslims live in Germany. Are they changing the country? And, if so, how? Nina Haase and Sumi Somaskanda visited the region surrounding Cologne, which has a large Muslim population, to find out. 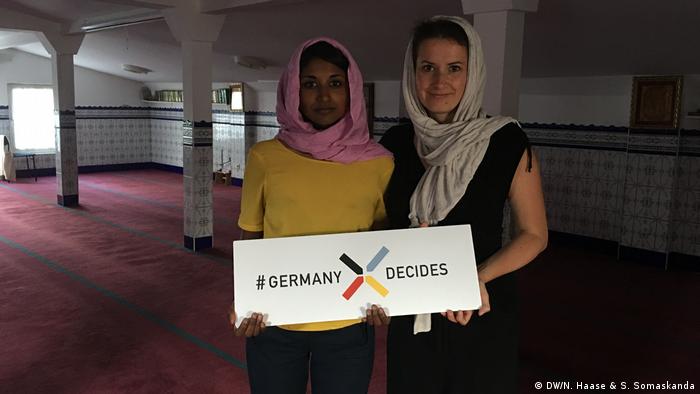 It was clear from the start that the debate surrounding Islam would be of the most difficult topics along our election road trip.

Wherever you look, Islam - and the question of whether it belongs to Germany or not - stirs heated debate. Some see it as a religion of peace and tolerance, others as a bearer of hate. For some, women in headscarves walking down the street are symbols of freedom of expression and freedom of religion; for others, they are symbols of oppression.

Around 4 million Muslims live in Germany. Some 1.4 million of them are in the state of North Rhine-Westphalia and they represent a wide spectrum of Islam. In the state’s biggest city, Cologne, the new central mosque opened its doors for worship for the first time last month. The majestic glass and stone dome in Ottoman-Turkish style is dazzling. The 55-meter-high minarets curve towards the sky and the prayer room, built to fit more than a thousand worshippers, is gilded with stars.

Yet the mosque has been hugely controversial. Christian leaders bristled at the idea of Cologne's famed Dom cathedral sharing the skyline with minarets; Turkish leaders fought with the lead architect over the sparkling sand-colored facade; the organization behind the mosque, DITIB, is part of the Turkish government's religious affairs authority. It is a powerful association that has been called into question recently as German-Turkish relations have deteriorated; DITIB has been accused of representing President Recep Tayyip Erdogan’s interests in Germany. It is a controversy that reflects just how complex inter-religious life has become here. 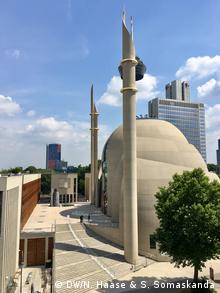 We visited Youssef El Ouadoudi, a statistics professor and consultant in Cologne who moved to Germany from Morocco 18 years ago. He is Muslim but does not practice his religion. After arriving in Germany, marrying a non-Muslim woman, and starting a family, his Muslim identity has faded. Still, he has watched as public and political discourse around Islam has grown increasingly toxic, tainted by stereotypes and biases.

"The problem is that every religion believes it's the right one. And people connect religion with different things. A black-haired man, for example, is automatically seen as a Muslim. And if Muslims are the enemy, so is the black-haired man whether you know him or not. These societal problems affect our lives together, whether you are religious or not," he said. 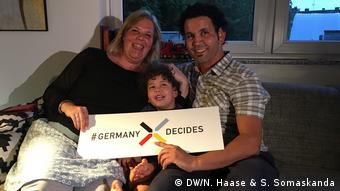 "There is hardly any contact between liberal and conservative Muslims - and there tend to be misunderstandings if they talk to each other at all," he said. "The best solution would be to start a discussion between the different branches of Islam that leads to an actual result."

On the other end of the spectrum, conservative Muslims we spoke to said they were open to dialogue, yet the fear of radicalization and the growing trend of Islamic extremism among young Muslim men have cast a dark shadow over the religious communities. 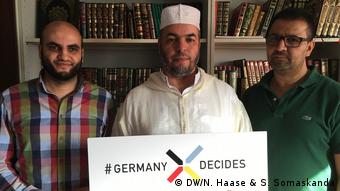 According to the Violence Prevention Network, the number of ultra-conservative Salafists with a propensity for violence doubled from 300 in 2015 to 500 the following year - and that was in the state of North-Rhine Westphalia alone.

In the Bad Godesberg neighborhood of Bonn, the imam Abdelkader Ezaim at the Al-Ansar mosque (part of the local Moroccan cultural association) says those trends have deeply affected conservative Muslims trying to live their faith as they chose.

"There are a lot of negative images from the many bad incidents that have taken place, and there are many Muslims here who have damaged our collective image. That is why you see the sentiment that all Muslims and Islam are like that. We're trying to mitigate concern and show Germans that this not the reality," he said. "The principle of Islam is to strive to do good. Non-Muslims shouldn’t be afraid of Islam or Muslims because Islam is a religion of peace -- and dialogue is important to us."

Yet that dialogue, though direly needed, is even more fraught within the Muslim community. At the Liberal Islamic Association’s (LiB) bi-yearly picnic in Cologne, one of the organization’s leaders, Annika Mehmeti, said they are constantly approached by young Muslims seeking guidance on how Islam applies to their modern worlds: whether homosexuality is allowed, or a Christian boyfriend, for example. 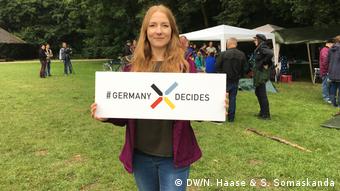 It is further proof, says Mehmeti, that Islam is anything but homogenous: there are 4 million Muslims living in Germany, all living and experiencing their religion and culture in different ways, she says, and a more differentiated perspective would pave the way towards an open, honest dialogue.

First, however, Germany should accept that Islam is a part of the country and is shaping a more open, tolerant society, says Mehmeti.

"Some people push it away and say Islam doesn't exist here but they’re out of touch with reality. Islam is here and it’s a good thing. It should, of course, exist in harmony with other religions and with democracy. But that Islam and Muslims don’t belong to Germany, I really can’t listen to that anymore."

Roman Friedrich works to combat Islamic extremism and online radicalization, especially in ultra-conservative Salafist circles. He says it's time for concerted action as the number of radicalized Muslims rises. (07.07.2017)