Germany's government has faced criticism for funding projects in partnership with the DITIB organization despite an ongoing spying affair. The Family Ministry says the projects have nothing to do with the alleged spies. 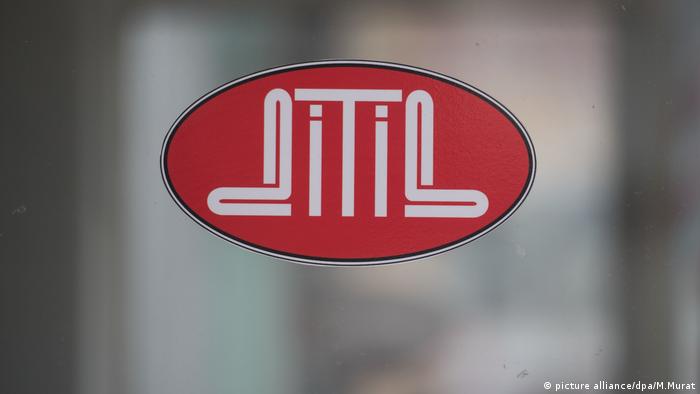 Germany's government was criticized on Tuesday after a news report revealed that the Family Ministry intends to continue funding projects run by the Turkish-Islamic Union for Religious Affairs (DITIB), some of whose imams are currently under investigation for spying for the Turkish state.

According to documents leaked to the "Süddeutsche Zeitung" (SZ) and public broadcaster WDR, the Family Ministry has decided to release previously agreed funding that had been frozen during the investigations.

A leaked ministry letter said DITIB representatives had guaranteed there would be a "strict division between the model projects being financed and those affected by the investigation," SZ reported.

DITIB is an arm of a Turkish state institution known as the Presidency of Religious Affairs, or Diyanet, that finances imams sent abroad. The organization admitted in January that some of its preachers had spied for the Turkish government in Germany. Specifically, the imams are thought to have supplied Ankara with names of people and institutions who allegedly supported Turkey's opposition Gulen movement.

The homes of four Turkish imams associated with DITIB were raided by German police in February, and a total of 16 people are under suspicion of being involved in the affair. According to investigations by the public broadcaster WDR , 10 of them are no longer in Germany. 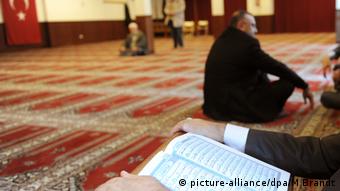 The opposition was quick to voice outrage at Tuesday's revelations about government spending. "It's unacceptable that we continue to allow an association that is caught up in a spying affair to continue to get public money," Volker Beck, the Greens' religious affairs spokesman, wrote in an email.

Beck added that DITIB was "subsidiary agency of an authority in Ankara" and had shown "where its loyalties lie." He also dismissed the idea of a strict division between the projects being supported and the ongoing investigation as "almost a joke."

But a Family Ministry spokeswoman said the media's representation of the story had been overly dramatic - mainly because the money was not being channeled to DITIB itself, but to integration and anti-radicalization projects that the organization is partnering on.

In addition, the spokeswoman said, the Family Ministry had been the only government department to suspend its financing of DITIB-related projects in January, pending an assessment.

"The assessment revealed that, according to all available information, there was no connection between the projects being financed and the imams affected by the investigation," the spokeswoman told DW. That meant that the ministry had "no legal basis" to continue to withhold funds. 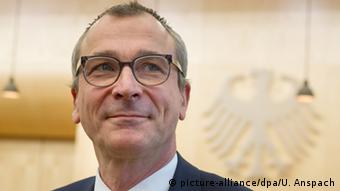 Beck condemned the decision to keep funding the projects

The money that is now being cleared for transfer is related to three specific projects, all of which are a part of wider attempts to integrate young Muslims and counter extremist ideologies in local communities.

The specific payments that were blocked following January's investigation included 127,187 euros ($138,653) for a youth project at the DITIB branches in Hamburg and Schleswig-Holstein, where young Muslims are engaged as contact people in schools to fight Islamophobia in the community.

Another was a payment of 130,000 euros to a radicalization-prevention program in mosques aimed at helping young people identify and avoid extremist ideology.

A third project was aimed at helping refugees integrate by allocating them mentors in local communities and finding adoptive homes for unaccompanied minors. The Family Ministry is set to contribute 724,911 euros to the project in 2017, the ministry spokeswoman said, before underlining that DITIB was only one of 23 partners involved.

"Cooperation with the mosques and Muslim participants is necessary to reach young people and achieve target-aimed prevention work," the spokeswoman said. "These projects are of fundamental value to strengthening democratic attitudes. We check very carefully that this funding does not benefit extremist movements."

In a statement emailed to DW, DITIB chairman Bekir Alboga welcomed the ongoing cooperation with the Family Ministry, and added, "We have been a reliable partner for and with German society for over 30 years. On top of this, the state prosecutor's investigations are not aimed at DITIB or DITIB's services. The discussion about the wrong behavior of a few individual imams have been led in a very generalizing way - this not only hurts all imams and DITIB, but all Muslims."

The charges of two imams against DITIB seem to be fruitless. After the coup attempt last year they were called back to Turkey. DITIB is subject to political controversy due to its leanings towards the Turkish leadership. (24.03.2017)

German police have raided apartments of four men suspected of carrying out espionage on behalf of the Turkish government. The men, said to be clerics, are accused of spying on supporters of cleric Fethullah Gulen. (15.02.2017)

Turkish consulates in Germany may have urged teachers and parents to inform on instruction critical of the government. The state of NRW is looking into the allegations. (23.02.2017)