German issues in a nutshell: PEGIDA

The group that calls itself PEGIDA attracted international attention when it began its Monday marches in Dresden in late 2014. But where is the far-right group now, and what do they stand for? 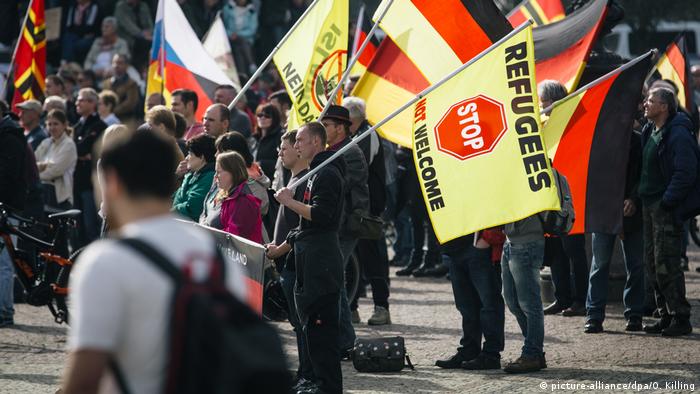 PEGIDA, short for "Patriotische Europäer Gegen die Islamisierung des Abendlandes," ("Patriotic Europeans Against the Islamization of the West") began life in Dresden on October, 20 2014, when a group of locals marched to protest what they saw as an encroaching dilution of German identity through immigrants.

Appropriating a Monday-might tradition and slogan ("Wir sind das Volk" - "We are the people") from the huge popular demonstrations that erupted against the East German regime in the late 1980s, PEGIDA protesters have been gathering in the city for their weekly marches for over two years - while associated protests have sprung up in several cities around Germany - "Bärgida" in Berlin, "Wügida" in Würzburg, "Bogida" in Bonn, and "Dügida" in Düsseldorf.

At its height in February 2015, some 20,000 flooded the streets of Dresden, accompanied by TV crews from international news broadcasters, and counter-protests that were often at least the same size. Though the group itself rejects the label "far-right," neo-Nazis were routinely spotted among the marchers. 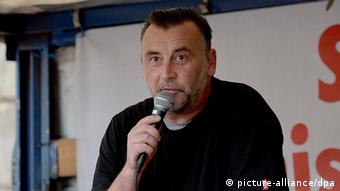 Lutz Bachmann founded the group, but now lives in Spain

The group maintained this momentum during the so-called "refugee crisis" in fall 2015 - when PEGIDA protesters took to demanding that "Merkel must go!" - but the numbers have continuously dwindled since around February 2016, and have numbered just 1,000 - 2,000 in 2017.

Though leaders have occasionally considered becoming a political party, the group is registered as a voluntary organization with only a handful of actual members - these make up the leadership, who often speak at the events. Chief among these is a former petty criminal turned advertising agent called Lutz Bachmann. He moved to Tenerife for professional reasons in May 2016, but has continued to appear at the public marches. In April last year, Bachmann was convicted and fined for using hate speech against refugees at a PEGIDA demo.

PEGIDA released a set of demands in 2014, which included a points-based immigration system, tougher deportation measures, "zero tolerance" for immigrants that commit crimes, and the "protection of the Judeo-Christian western culture." PEGIDA's position paper also demanded the rejection of "parallel societies," such as "sharia courts," and "hate preachers, for whatever religion."

PEGIDA had long called for a joint demonstration with Alternative for Germany (AfD) members. This is the first time the two groups stood together in public. (09.05.2017)

The founder of the xenophobic PEGIDA movement must pay 9,600 euros for dubbing refugees "cattle," "garbage" and a "dirty bunch." He has since relocated to Tenerife, where local officials have said he is unwelcome. (30.11.2016)

The Saxon city's mayor has called for awareness of the brutalities of war that continue even in the 21st century. During World War II, Allied forces firebombed the eastern German city, leaving 25,000 people dead. (13.02.2017)