German Chancellor Angela Merkel says her CDU will hold talks with the FDP and the Greens on forming a coalition government. The move was widely expected after the Social Democrats said they wanted to be in opposition. 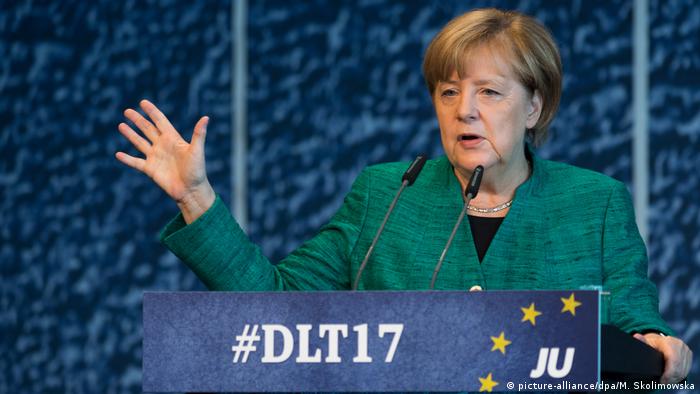 German Chancellor Angela Merkel said on Saturday that her Christian Democratic Union would hold talks with the Free Democratic Party (FDP) and the Greens in a bid to form a "Jamaica" coalition, which she says is the only realistic option to form a reliable government.

The "Jamaica" coalition is named after the Caribbean country because the three parties' signature colors of black, yellow and green correspond to the Jamaican flag.

Merkel made her announcement at an event in the eastern city of Dresden hosted by the CDU's youth wing. 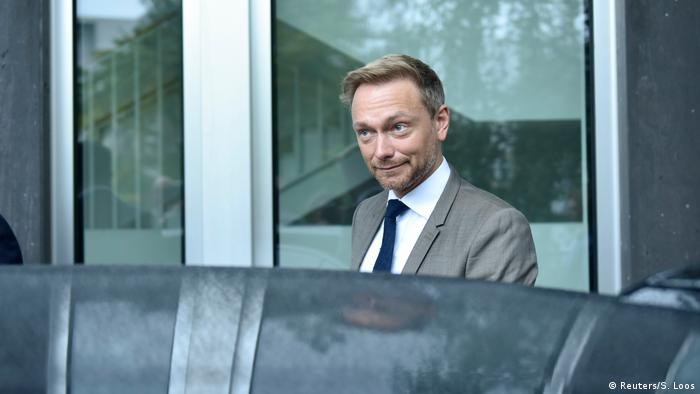 The road to 'Jamaica'

The CDU, along with its Bavarian sister party, the CSU, won the national election on September 24 with nearly 33 percent of the vote.

They have been widely expected to start coalition talks with the pro-business FDP, which won nearly 11 percent, and the Greens, which won just under 9 percent, after the center-left Social Democratic Party (SPD) said it would not continue as the junior partner in another "grand coalition" with the CDU/CSU.

The SPD was the junior partner in two "grand coalitions" between 2005 and 2009 and then again after 2013. But after the party received a historically low 20.5 percent of the vote in the September election, SPD leaders decided on entering the opposition.

"It is clear that the SPD is not able to govern at the national level for the foreseeable future," Merkel said on Saturday. She added that the CDU should "not waste any further thoughts on this issue," and instead concentrate on reaching an agreement with the CSU, the FDP and the Greens. 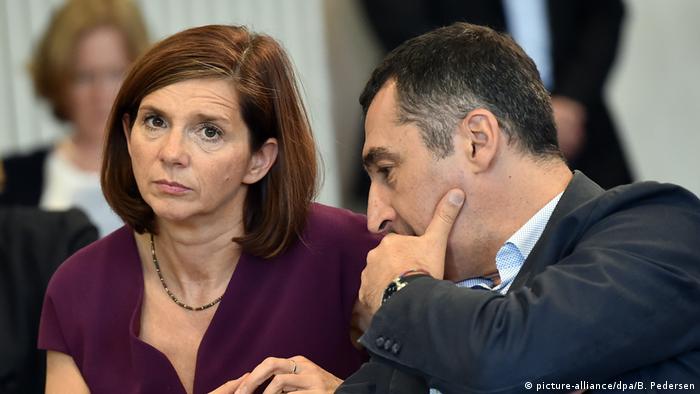 Merkel said that she would meet with the leader of the CSU, Horst Seehofer, on Sunday to discuss a common position with which to approach the FDP and the Greens.

She called on the CSU to come to an agreement with the CDU on a yearly limit on refugees, a demand the CSU has repeatedly made but Merkel, the FDP and the Greens oppose.

Speaking at the same youth conference, CSU regional group leader Alexander Dobrindt said, as far as his party was concerned, some things were not negotiable in coalition talks. This was particularly true in dealing with the Greens, he added.

"There must be red lines. There are points for us that are not negotiable. We cannot bolster our conservative credentials and , at the same time, pretend we agree with the Greens on a broad number of things."

The "Jamaica" coalition is the only realistic combination of parties left that could form a parliamentary majority. The leaders of the CDU/CSU, the FDP, the Greens and the SPD have all ruled out entering a coalition with the far-right Alternative for Germany (AfD) party, which won nearly 13 percent of the vote.