Bavaria's CSU was the most right-wing party in parliament until the populist AfD's recent electoral upset. Bavaria's Deggendorf saw the highest results for the AfD outside of eastern Germany. DW went to find out why. "I was very happy with the AfD result," a woman in her early 70s tells me, her unsmiling face concentrated on her ice cream cone.

Sitting outside a Catholic church in the eastern Bavarian town of Deggendorf, the woman says Germany is in need of much "stricter politicians."

"We need a fresh wind in politics," she adds. Like many in the town, located near the Czech border, the woman does not wish to be identified.

In the Bavarian constituency of Deggendorf, the far-right Alternative for Germany (AfD) snagged 19.17 percent of the vote in the September 24 national election – the highest level of support in the former West German states. 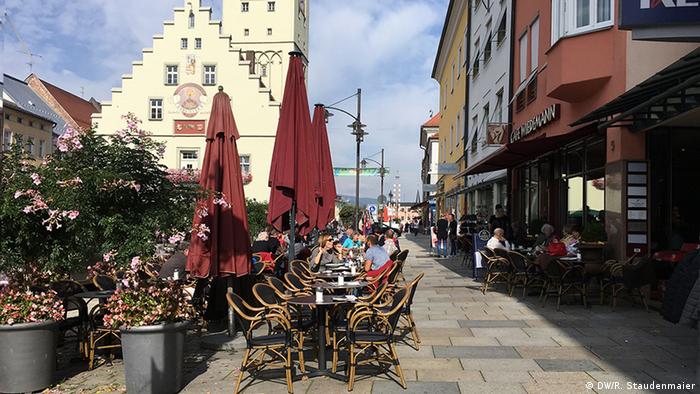 Deggendorf's market at Luitpoldplatz slowly fills in with people enjoying a coffee at a local cafe while others browse stands selling pumpkins, vegetables and bundled sunflowers. The woman, however, disagrees with the observation that Deggendorf seems like a nice place to live.

"We no longer think so," she says over her shoulder, taking another bite out of her ice cream cone. "Not anymore."

When asked why the AfD managed to be so successful, the woman notes that "a lot of refugees" were processed in the reception center that was set up in Deggendorf in 2015 as record numbers of asylum-seekers entered Germany.

"We're not xenophobic in Bavaria," she emphasizes, "but the last two years were too much."

With its 32,000 inhabitants and small town center, the arrival of hundreds of asylum-seekers at a reception center in Deggendorf in 2015 made an impact on the town.

Something that sets Bavaria apart from AfD strongholds in eastern Germany is that it was one of the main entry points for asylum-seekers who arrived in 2015 and also has the second-highest immigrant population in Germany.

According to the latest figures from the Federal Office for Migration and Refugees, Bavaria saw the second-highest number of asylum applications this year after the state of North Rhine-Westphalia with over 16,000 applications – a significant drop from the 67,000 applications it received in 2015.

For years, politics in Bavaria has been dominated by the Christian Social Union (CSU), the sister party and more conservative counterpart to German Chancellor Angela Merkel's Christian Democrats (CDU).

Until the AfD's electoral surge in this election, the CSU was the furthest-right party in Germany's Bundestag.

Indeed, the CSU came out on top in the election – but with much smaller margins than the conservative politicians are used to. The recent election results saw the party's lowest election result, with 38.8 percent of the vote – dropping over ten points from the last federal election, in 2013.

The CSU still holds an absolute majority in Bavaria, but with a state election looming next year, many in the party are looking for ways to win back the conservative base they lost to the AfD.

Several people in Deggendorf and other areas of Bavaria wondered why so many voters shifted to the AfD, as the economic situation for many in the state is better than the national average. Bavaria has the lowest unemployment rate out of Germany's 16 states.

The CSU is known for taking a more conservative route compared to Merkel's CDU specifically in law enforcement and immigration. CSU chairman and Bavarian state premier Horst Seehofer has clashed with the chancellor over his party's insistence on an upper cap for asylum applications – a topic which may prove to be a point of contention as the CDU/CSU move into coalition talks.

Seehofer, who is fending off calls to resign from voters and fellow CSU politicians, promised Bavarians the day after the election that the CSU "understands" the message sent by voters.

"Carrying on as before wouldn't be good," the CSU leader said.

Sitting on a park bench across town, two pensioners dismissed Seehofer's calls for a yearly upper limit for refugees because they think Germany shouldn't allow any more refugees in – period.

What has the media got wrong about the AfD?

"Close the borders and send the refugees back to their home countries. Germany can give them aid there but they don't need to be here," a 65-year-old woman told DW.

"I was so happy about the AfD result. It's unbelievable what's going on with the refugees," her 64-year-old friend says. Both say they emphatically voted for the AfD – out of a sense of duty to "protect" their families and their town.

The two women explain that they were originally born in Kazakhstan but have been living in Deggendorf for decades and have been German citizens for quite some time. For several minutes, they share their fears about asylum-seekers, growing more and more upset.

"I worry about my family, about my grandchildren. About their safety, do you understand?" the 65-year-old woman says as she begins to cry.

Patting her friend on the shoulder, the 64-year-old woman wipes tears out of her eyes as well. "We were very happy living here until two years ago," she says. "I am very angry with Mrs. Merkel."

A block away from the park, AfD posters hang alongside a busy intersection with contrasting images of women in traditional Bavarian dresses and a woman with a black veil. Each poster carries the slogan: "Islam doesn't belong in Germany" — a message that appeared to resonate with some, but not all in Deggendorf.

In such a small area, however, perceptions about the reality and impact of the town's new arrivals can vary widely based on who is passing along in the street.

A 20-year-old Syrian refugee who asked to remain anonymous says he was glad that Merkel and the CDU/CSU emerged as the strongest party in the national election.

"I was very happy to hear that, as a refugee myself," he told DW. "She helps us a lot."

The young man, who is studying mechanical engineering at the Deggendorf Institute of Technology, said that although he noticed the AfD's "anti-foreigner" campaign posters, he felt very welcomed in the town. He noted that "the people of Deggendorf have been helping the refugees" and that he gets along well with his new German friends.

"It's super living here," he says with a smile.

Önder Saglar, a 34-year-old German student with a migrant background, noted that there is a disconnect between the concerns of the Deggendorf's older voters and the way the younger generation views immigration.

"I have lots of mixed feelings about the election. Somehow, Germany is drifting to the right," Saglar tells DW, standing outside the Deggendorf Institute of Technology where he is pursuing a Master's in business. 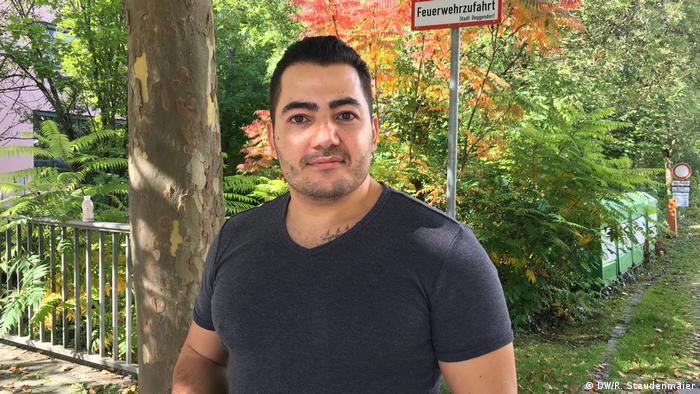 "The old people, they think they can change things this way, but I'm not sure it's the right way," he adds.

In Deggendorf, the AfD played upon people's fears to persuade them to vote, using phrases like "we're overwhelmed by foreigners" and "Islamic people are dangerous," Saglar notes.

"There's a lot of people who don't want to be stamped as a Nazi….but people are scared, every time they see a guy with a beard and dark hair. People don't talk about it."

After the election, Saglar said someone he knows who was a longtime CSU voter told him that he switched to the AfD this election because the man was upset with the conservative's grand coalition with the Social Democrats (SPD).

"For some, I think, the AfD is their new base. The AfD is the new CSU for them," Saglar notes. 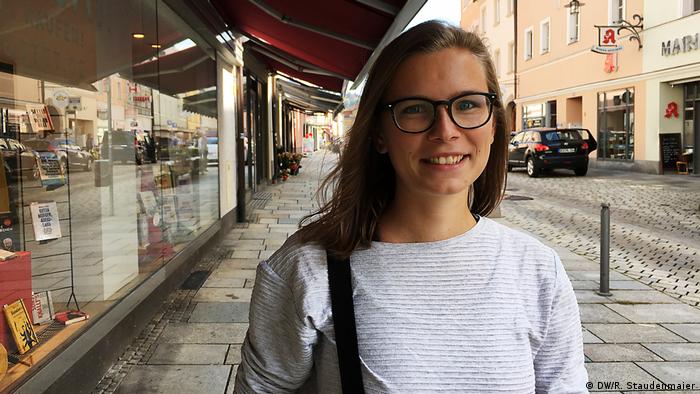 Johanna Freund, a 23-year-old student currently living in the nearby city of Regensburg, says that a number of issues contributed to AfD's encroachment into the CSU strongholds.

"I thought the AfD would win a lot less here in Bavaria," she says, noting that the unemployment rate in Bavaria "is much lower compared to other areas."

Shortly before the election, concerns about refugees were raised again "and it brought back up the topic in a lot of people's minds," Freund says, noting that the refugee reception center saw a large number of asylum-seekers arrive in the area.

Freund was confused by the surge of backlash against the government's refugee policies, saying that she thought that the integration programs were going well and that at the time, lots of volunteers in the area showed up to help the newcomers.

In order to win back voters, the CDU/CSU needs to rework immigration policies, Freund says, noting that "there needs to be clear laws and clear rules."

"The election showed that the topic didn't just go away, but that it's still an important issue for voters," she says.

How the far-right AfD crept into Berlin's left-wing strongholds

The eastern outskirts of the German capital have remained bastions of support for the left ever since the collapse of the GDR. But in the district of Marzahn-Hellersdorf, the far-right AfD made staggering gains. (30.09.2017)