The far-right AfD snagged 13.2 percent of the vote in Duisburg. The former steel town has long been a working class stronghold for the Social Democrats but many residents say frustrated voters felt "forgotten" by Berlin. 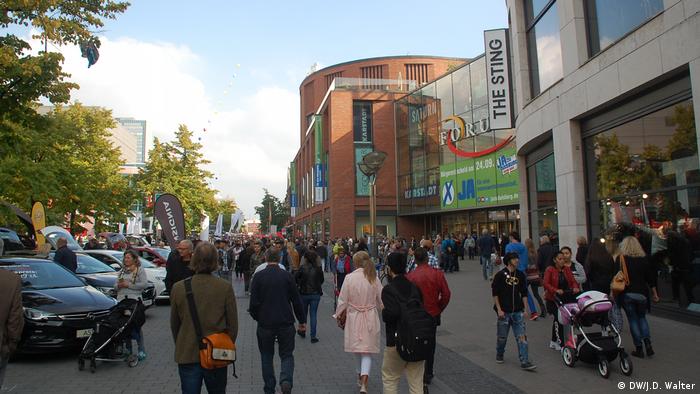 "There are too many dumb people," the woman tells DW, sitting on a park bench in the city of Duisburg.

She's not pleased with the results nationally, which saw the far-right populist Alternative for Germany (AfD) win 12.6 percent of the vote, or the results from Duisburg, where the party fared even better with 13.2 percent support.

"I was shocked, but it was also to be expected," Leuchuga says, pausing. "People here are tired. They're tired of promises from politicians." 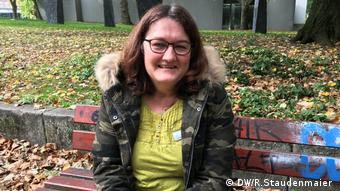 She says she can understand why so many people in Duisburg voted for the AfD, pointing to the number of people in the city out of work. Duisburg's unemployment rate is currently 12.4 percent — more than double the national average.

"It has to be worthwhile to work again," she says, incidentally quoting one of the slogans plastered on the AfD's campaign posters that still hang around downtown Duisburg.

The flight of the SPD

In Duisburg, there's a sense of disillusionment and distrust for politicians in Berlin. Four years under the so-called grand coalition of Chancellor Angela Merkel's conservatives and the Social Democrats (SPD) has left Duisburgers with a sour taste in their mouths.

The city, like much of Germany's Ruhr valley region, has long been a stronghold for the center-left SPD. But Germany's 2017 national election is a indication that the country's political landscape is shifting. Holger Joel, a 59-year-old elementary school teacher, says he believes many former SPD voters jumped ship this election to the far-right because they felt "left behind" or "forgotten" by the German government. 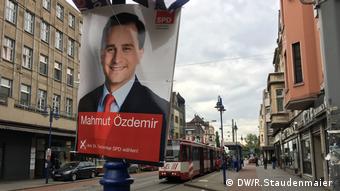 Indeed the SPD saw its support in Duisburg and the rest of the country drop in 2017 compared the last national election four years ago. However, the Social Democrats remained the city's most popular party, receiving 32.8 percent of the "second vote." Both of the city's two directly-elected seats in the Bundestag are also going to SPD candidates, Bärbel Bas and Mahmut Özdemir.

Relaxing in the autumn sunshine near Duisburg's main shopping mall, Manfred and Elfie Kratz say they're "feeling pretty good" about the results, saying they're not worried about the AfD.

"It was a pure protest vote," Mr. Kratz says with a nod. "They'll also be out of the Bundestag pretty quickly.

Read more: Anti-AfD protests break out across Germany after election

However, the 77-year-old notes that voting for the populist party "is a way to get something to change."

When asked why the people of Duisburg so strongly supported the party, Mr. Kratz lowers his voice and replies: "Look around you." 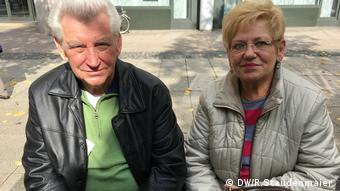 Women wearing headscarves play with their children nearby in one of Duisburg's many fountains while pairs of men walk near the shops, some speaking in German, some not. It's a sign of the country's growing diversity – one that concerns Mr. and Mrs. Kratz.

"Many people are afraid of the refugees," Mrs. Kratz says. The couple believes Merkel's refugee policies are the main reason the AfD had such a strong showing in Duisburg.

"I don't go out at night alone without my husband anymore," the 66-year-old adds. "Everything has changed."

In the district of Marxloh, a 20 minute tram ride away from downtown Duisburg, mothers and fathers push strollers past a seemingly endless row of bridal shops. The area is one of the poorest in Germany, with some media labeling it as a "no-go" area due to its crime rate.

Around 64 percent of Marxloh's population has an immigrant background — and on Sunday, 30 percent of the district's votes went to the AfD. As non-German citizens, many people living in the area were unable to cast a ballot. 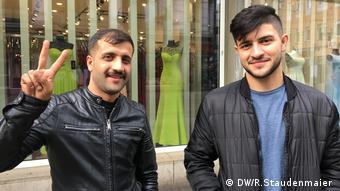 Some in Marxloh celebrated the election results — but not because of the AfD's relatively strong showing.

"Everything will be okay because Merkel won," says 23-year-old Omer Akam, a young Kurdish man from Iraq.

"Everyone is celebrating. All of my friends, all of my family," agrees 27-year-old Sahap Ozcelilik, a Kurdish man from Turkey. "It's good that Merkel is there."

Amal Mustafa, a 29-year-old Syrian, says the AfD's strong result in Marxloh and other areas in the state of North Rhine-Westphalia worries her "because it's a party that's very against foreigners."

"I'm a bit disappointed," she says.

Read more: What does the far right AfD's entry into parliament mean for German politics?

Aras Ibrahim, another 29-year-old from Syria, concedes that although the AfD stirs up anti-migrant sentiment, he understands their concerns as well.

"Sometimes the AfD is right," he says. "Some of the foreigners commit crimes, but we are not all the same."

"I just hope things don't slip back to how they were 70 years ago," Ibrahim says, referencing the Nazi era in Germany. "The most important thing is that we all live peacefully with each other."

AfD supporters: Is it about protest or policies?

Are Germans weary of voting? Are they fed up with all politics in general? A dramatic drop in voter turnout has set off alarm bells across the country.