Germany′s long road to building a government | Germany | News and in-depth reporting from Berlin and beyond | DW | 25.09.2017

One day after Germany's national vote, parties are analyzing the results. The newly-elected parliamentary factions are scheduled to meet on Tuesday in Berlin. When can the formation of a new government be expected? 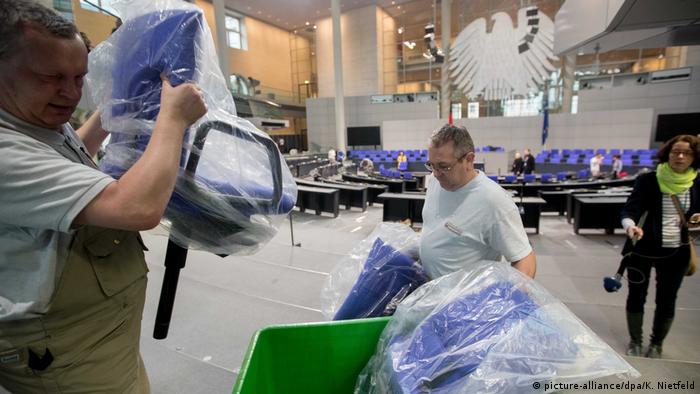 After the last Bundestag election four years ago, it was nearly Christmas before the German government finally took shape. Coalition negotiations and the formation of a Cabinet can take place over many weeks — it took 86 days back in 2013. Ultimately, parties with differing platforms and priorities will have to negotiate with each other until a joint government program is in place. And that can take time.

Coalition talks could well be lengthy this time around as well. Chancellor Angela Merkel's conservative Christian Democratic and their Bavarian Christian Social Union sister party (CDU/CSU), the Greens and the liberal Free Democrats (FDP) have differences on several points.

Will Santa Claus or the Bundestag's first "Jamaica coalition" come first? The answer is still in the stars, but all three parties have signaled their willingness to compromise before the first round of negotiations. For Merkel, it is about forming a stable government. If no CDU/CSU-Greens-FDP coalition were to come to fruition, all eyes would be on the Social Democrats (SPD), who would then be asked to reconsider their "no" to a new edition of the so-called grand coalition. 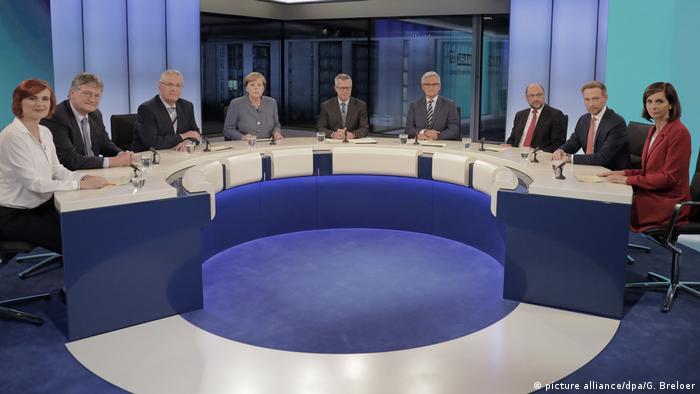 Thirty days after the election

While coalition negotiations can last for a long time, the freshly-elected Bundestag gets to work quickly. The first meetings of the new parliamentary party groups are planned for Tuesday. According to the German Constitution, the newly-elected Bundestag must be formed at the latest 30 days after the election, thus by October 24.

Until then, the previous federal government remains in office. Now, of course, it can happen that the new Bundestag cannot immediately elect (or re-elect) a chancellor because the coalition negotiations have not yet been finalized. In such a case, President Frank-Walter Steinmeier will ask Chancellor Angela Merkel and her Cabinet to continue serving their offices until the final chancellorial election has taken place.

The new Bundestag, with 709 deputies, will be the largest in the history of Germany. Last time around, there were 630 members of parliament. The reason is the complicated German electoral law, and the mandates for the so-called "leveling" and "overhang" seats that assure the composition of the Bundestag will be proportionate to the actual selection of parties made by the electorate. Current Bundestag President Norbert Lammert had asked for a maximum of 630 deputies, but that did not come to pass.

It is also now necessary to clarify where the six party groups, or factions, will sit in the Bundestag's plenary chamber. Whether the Alternative for Germany (AfD) is to sit on the right side (from the Bundestag president's view) has not yet been settled. From 1949 to 2013, the FDP was always seated there. The new Bundestag will feature 709 lawmakers - will they all fit?

Amendments to the Rules of Procedure

The new parliament will for the first time be joined by 94 members of the AfD. Even before the election, the foreseeable arrival of the far-right populist party had made waves in the Bundestag. When the oldest member of the new Bundestag was likely to be an AfD candidate, the body quickly changed its rules of order. Previously, the oldest deputy has had the privilege of being the "elder president" and leading the constituent meeting of the newly-elected Bundestag, in which the actual body's president and his or her deputies are elected.

According to the old rules of procedure, the AfD politician Wilhelm von Gotberg, born in 1940, would have been allowed to assume this task. But the Bundestag put a stop to this. In June, parliament decided the role would be held not by the deputy most senior in age, but rather by the deputy most senior in service. Otherwise there would be the risk that "a newly-elected deputy without any experience" would lead the first meeting. Now, the "elder president" role will fall to 75-year-old Finance Minister Wolfgang Schäuble (CDU), who has been in the Bundestag for 45 years and again won the direct mandate in his constituency of Offenburg. 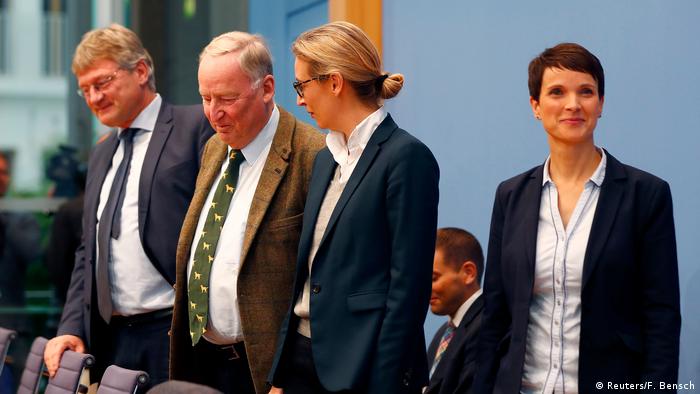 Following their election result on Sunday, the AfD will be entering the Bundestag for the first time

AfD top candidate Alexander Gauland accused the other parties of resorting to "tricks" out of "fear of the AfD." It is also unclear whether the AfD parliamentary group will put up a member for Vice President of the Bundestag and in which committees it could take over the presidency. According to an old parliamentary tradition, the strongest group — in this case the CDU/CSU — has the right to nominate the candidate for the office of parliamentary president.

The most important role of the new parliament is the election of the chancellor. He or she shall be elected, without debate and by secret ballot, on the recommendation of the German president. To be elected, the chancellor candidate needs the absolute majority of the deputies, the so-called "chancellor majority." So far, all chancellors, including Merkel, have been elected in the first round. 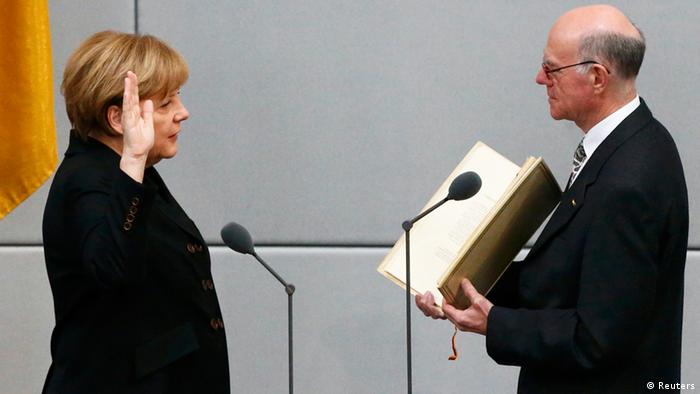 After coalition talks are all said and done, Merkel will be sworn in for a fourth term as chancellor

If this does not happen, the constitution provides for further elections within 14 days and places another hurdle ahead of possible new elections: the person who receives the most votes in the last secret ballot round is elected chancellor. If the votes are less than the majority of the members of the Bundestag, then the German president decides whether to appoint the candidate or to dissolve the Bundestag.

Such an occurrence is extremely unlikely. What is certain, however, is that forming a government will take a few weeks. First, the parties have to agree internally to their negotiating teams and lines of negotiation. Then, in the face of the huge media interest, they must find a place where they can negotiate, undisturbed. Four years ago, these talks were held in the rooms of the parliamentary society, which are connected with the Reichstag building by an underground passageway. There the CDU/CSU and the Greens began negotiating with each other, but could not come to an agreement. In the end, the "grand coalition" of German political heavyweights — Merkel's CDU/CSU and the SPD — was formed.